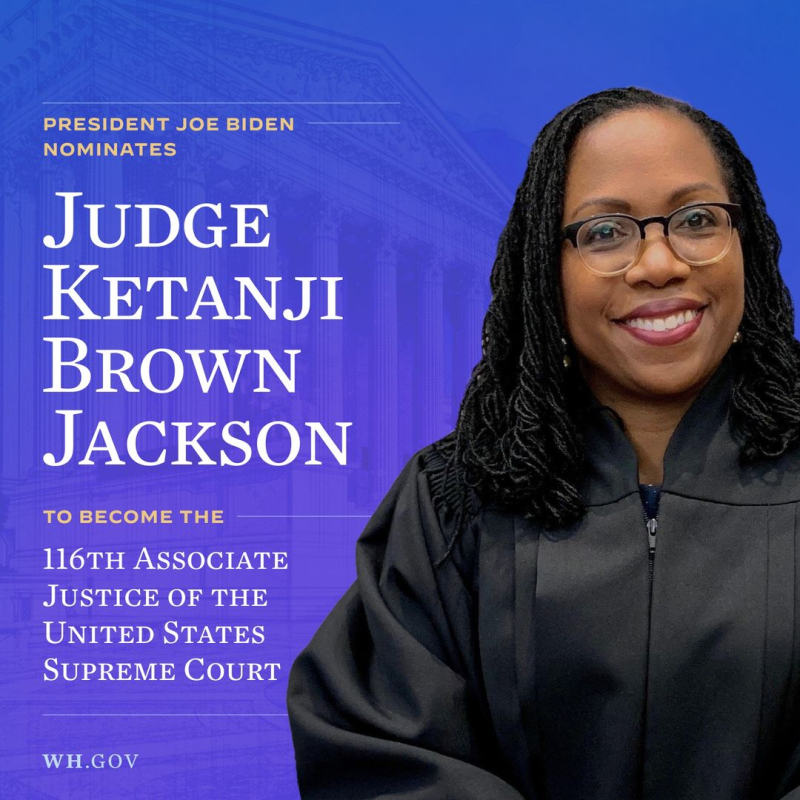 Great pick —  her record is exemplary. (Image via WH.gov)

HUFF POST: Making good on a campaign promise — and righting a 200-year-old wrong — President Biden is nominating Judge Ketanji Brown Jackson to the Supreme Court, the first Black woman ever to be nominated. She has the experience (see below) and was voted into her current position with support that included Sens. Lindsey Graham (R-South Carolina), Lisa Murkowski (R-Alaska) and Susan Collins (R-Maine). Yet Graham is now smearing her on social media!

TWITTER: Please take a moment to read this man's account of walking 20 hours from Ukraine to Poland to escape the Russian invasion. Riveting.

AXIOS: Ukrainian President Zelensky signed off on a foreboding message with EU leaders, saying it could be the last time he is seen alive.

NYT: Russian assault on Ukraine slowed as Ukraine fights back. Putin issues hyperbolic attack on the legitimacy of the Ukrainian government, even as the Kremlin pretends to be open to peace talks. Meanwhile, he is now openly threatening Finland and Sweden.

TWITTER: Holy shit, look at the guests seated at one SAG table this coming Sunday:

BOY CULTURE: As an update, the book Hunks, Twinks, Thugs: Photos 1986-2009 by Chuck is available by writing him at crhovland@aol.com. It's selling briskly. There are three versions — ask for the X-rated one! (Image via Chuck)