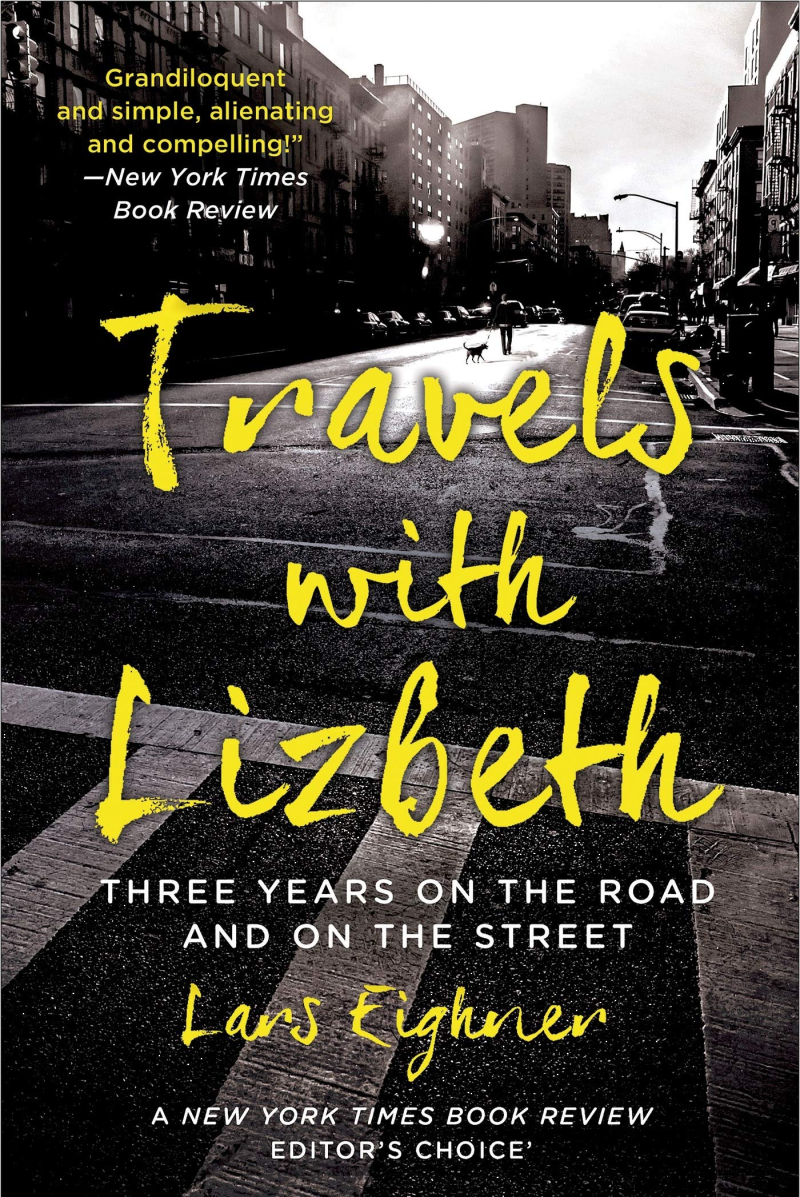 I was sorry to read of the death of Lars Eighner, the gay writer who documented his homelessness in Travels with Lizbeth (1993). He died December 23 at 73, and his death went unreported until now due to his reclusive lifestyle.

Travels with Lizbeth was a critically acclaimed memoir for St. Martin's Press, where I worked, and which became my publisher, too. Lars very graciously blurbed my debut novel Boy Culture, not something a newly celebrated writer would necessarily want to do for a fellow newcomer.

His book was based on his hardscrabble existence in the '80s, and made his beloved dog Lizbeth — who died in 1998 — a famous companion. It sprang into being after his essay “On Dumpster Diving” was published in The Threepenny Review in 1991:

[E]ating from Dumpsters is the thing that separates the dilettanti from the professionals. Eating safely from the Dumpsters involves three principles: using the senses and common sense to evaluate the condition of the found materials, knowing the Dumpsters of a given area and checking them regularly, and seeking always to answer the question “Why was this discarded?” I'm pretty sure the editor who turned his massive manuscript into the no less memorable, but less wieldy, book it became was SMP's Michael Denneny, who ran the gay Stonewall Inn Editions for the publisher. I recall Michael allowed Eighner to make it as queer and as sexual as he wanted, which was a statement 30 years ago.

I was sad to see he had mostly given up writing after the '90s (he definitely published a wealth of gay erotica), and that he and his husband were not financially solvent at the time he died.

I haven't read Travels with Lizbeth in years. I haven't read a book in years. But if you have time and you do read, read that. It is beautiful. After all, The New York Times recently ranked it at #21 on a list of the 50 best memoirs published since 1969.