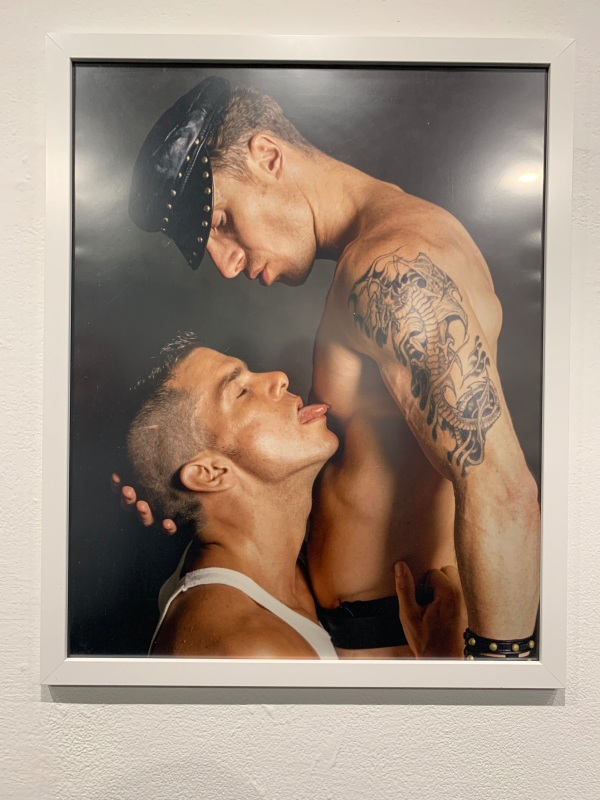 A particularly tasty image by Chuck (All images by Matthew Rettenmund)

Wednesday was the opening for the gallery show and book Hunks, Twinks, Thugs: Photos 1986-2009 by my pal Chuck (write crhovland@aol.com for order info!), a super talented photographer who for years was one of the most prolific contributor to the now-defunct gay softcore mags. 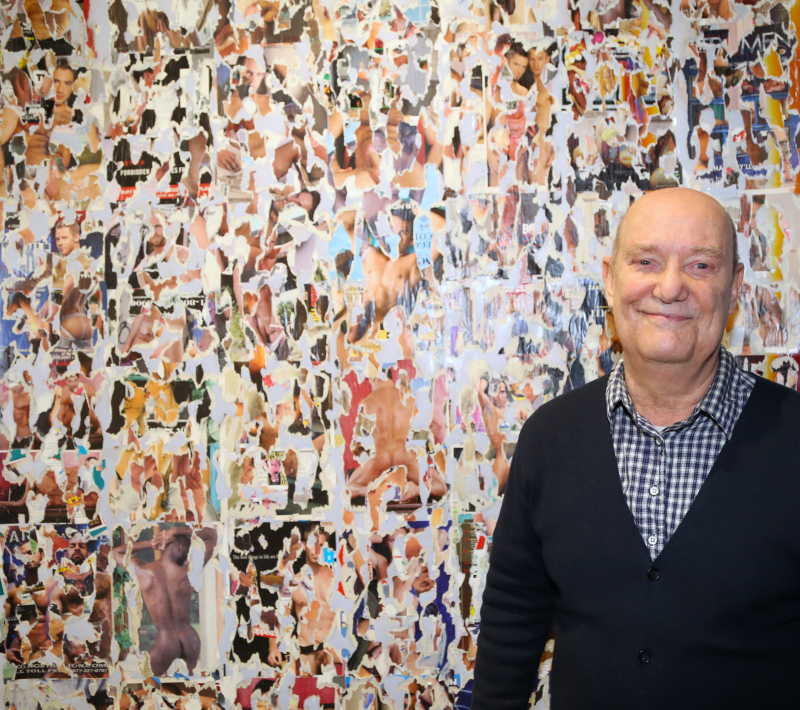 Chuck with one of his complicated collages

Chuck's work is stark, unadorned, but not without humor. Always perfectly composed, his stuff has stood the test of time because it was never self-consciously arty. It's just art. 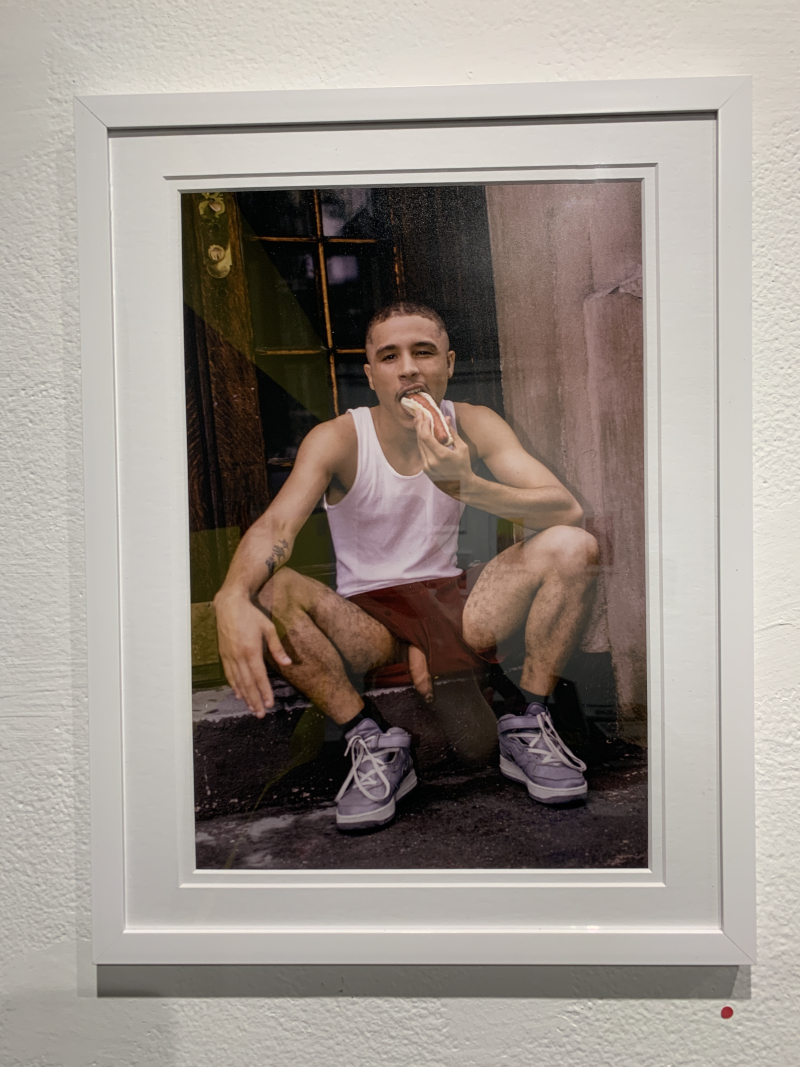 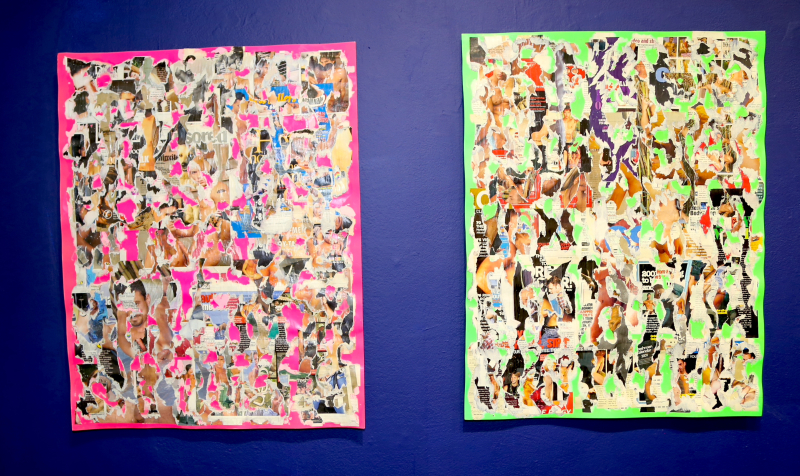 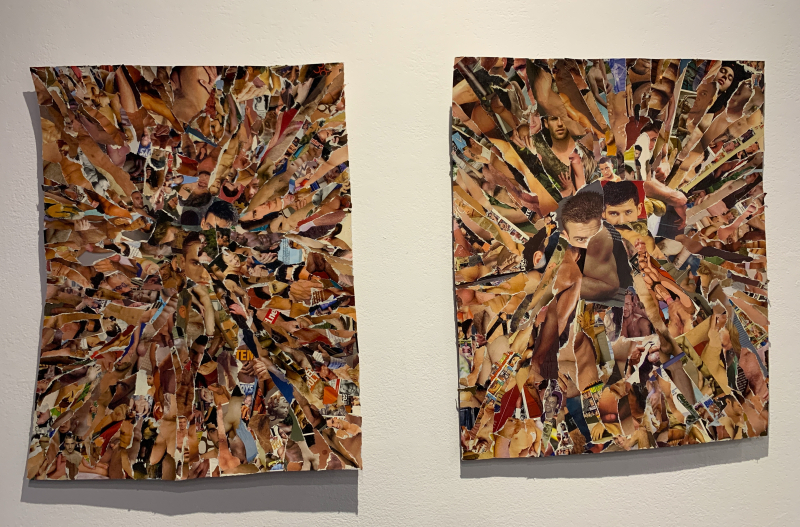 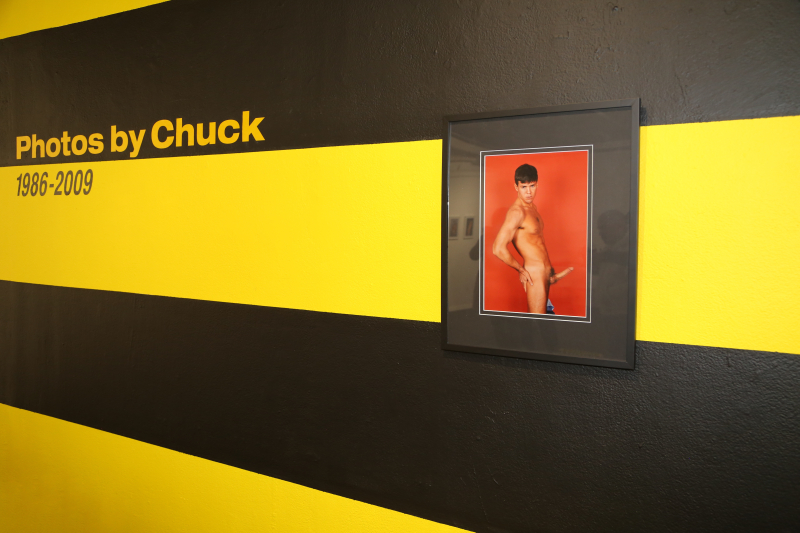 Models of all stripes