Ariana DeBose Wins The Oscar: THERE IS, INDEED, A PLACE FOR US Comments (0) 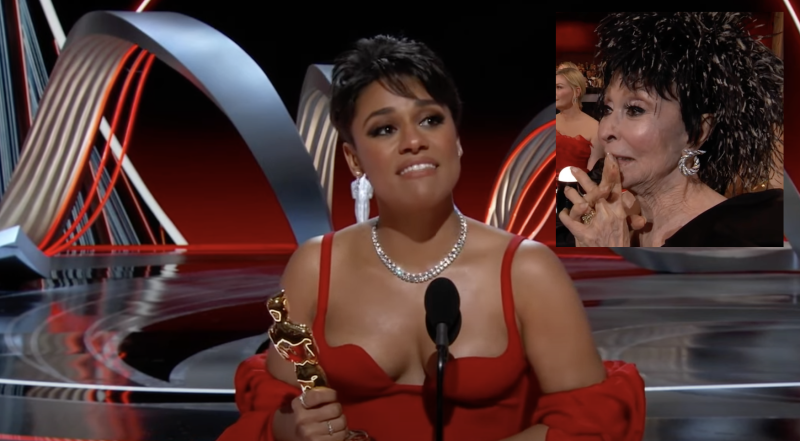 So touching to see Rita Moreno watch Ariana win for the same role she won for 60 years ago. (Images via ABC)

West Side Story's Ariana DeBose made history at Sunday's Oscars, becoming the first Afro Latina woman to win an acting Oscar, and the first out queer woman of color ever to win for acting.

Her speech was so moving. We have come a long way from Jodie Foster her gloved (literally!) upbraiding of people for daring to inquire about her private life (“I'd like to thank all of the people in this industry who have respected my choices and who have not been afraid of the power and the dignity that that entitled me to”) to DeBose jubilantly saying:

Imagine this little girl in the back seat of a white ford Focus. When you look into her eyes you see an openly queer woman of color, an Afro Latina, who found her strength in life through art. And that's what I believe we're here to celebrate.

So to anybody who's ever questioned your identity ever, ever, ever, or you find yourself living in the gray spaces, I promise you this: there is, indeed, a place for us.