ABOVE: The cover of Desnudo disappeared, but it's a des-doozy!

BELOW: Putin intends to capture all of Ukraine, students in Florida push back against DeSantis, pube hunting for beginners and more ... 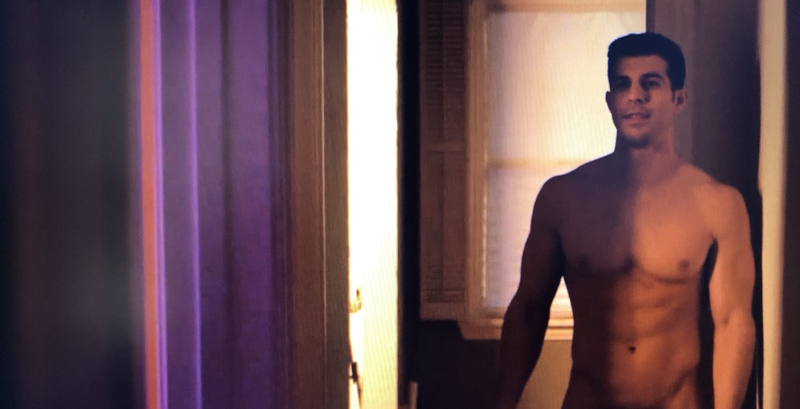 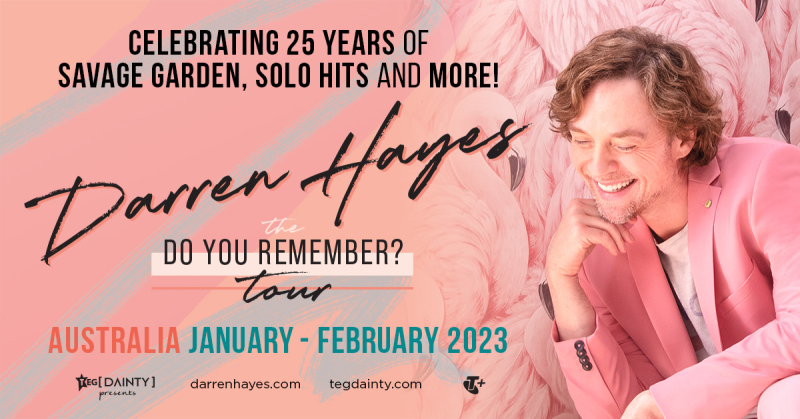 TWITTER: Darren Hayes is returning to touring with his Do You Remember? Tour. Meanwhile, he has recalled how his U.S. label once griped that he looked gay in a music video:

It came from the top in New York and the message was, “He looks gay when he moves, so we have to reshoot that video, and don't let him dance ... we don't know what to do with this.” It was heartbreaking. I was sent off to the U.K., where the album was huge, and that gave me a career in Europe. But my career in Australia was effectively stopped, too.

HUFF POST: Fiona Hill should probably just be in the Biden Administration. A Russia expert, she offers insight into what Putin has to fear even more than the displeasure of the Russian oligarchs: his inner circle. She posits that they could defect, you should pardon the expression, if it appears Russia is losing in a meaningful way vs. Ukraine. Hill has previously stated that Putin would absolutely use nuclear weapons.

Meanwhile, French President Emmanuel Macron just spoke with Putin, and pessimistically says Putin's goal is to control all of Ukraine.

EXTRATV: In a new music video, Kanye West is pre-confessing to murdering Pete Davidson. You know, the guy Kanye's wife moved on with AFTER THEY WERE BROKEN UP.

LAMBDA LEGAL: Kevin Jennings, CEO of Lamba Legal, is praising the Biden Administration for swift action on the onslaught of anti-trans measures in Texas and elsewhere:

President Biden’s commitment to defending trans youth against the shameless, monstrous attacks being engineered by malicious and unscrupulous politicians is one of the most powerful demonstrations of why leadership matters for LGBTQ+ people. Following the president’s powerful declaration this week that he has the backs of trans youth, he put his words into action — wielding the power of the federal government to put every state in the Union, including Texas, on notice that discriminating against trans youth and preventing them from accessing lifesaving medical care isn’t only wrong, it is a violation of civil rights, and it won’t be tolerated.

Lambda Legal this week filed a lawsuit in Texas alongside the ACLU and ACLU of Texas, not only to block Texas from putting the health and safety of trans youth at risk, but to send an important message to trans kids across the state that we won’t let this happen on our watch. If any families are in need of representation or advice as they navigate this hostile situation, I encourage them to contact our Help Desk and consult our FAQ. We are proud President Biden is helping us to further amplify that message of support, and Lambda Legal praises both the President and Health and Human Services Secretary Xavier Becerra for taking historic action to shield trans youth from having the child welfare system weaponized against them by leaders who have shown that they care nothing about their welfare; to emphasize the critical need to affirm and support all LGBTQ+ youth in state care; and to promote family acceptance programs that allow young people to remain safely with their parents and never enter the child protection system.

We hope that these actions mark a new chapter in the federal government’s approach, and that the Department of Justice and the Department of Health and Human Services will finally work with us, rather than continue to fight us in court, to reinstate other important nondiscrimination protections that were illegally rolled back during the Trump administration.

The crown prince defended himself in part by asserting that Khashoggi was not important enough to kill. “I never read a Khashoggi article in my life,” he said. To our astonishment, he added that if he were to send a kill squad, he’d choose a more valuable target, and more competent assassins. “If that’s the way we did things”—murdering authors of critical op-eds—“Khashoggi would not even be among the top 1,000 people on the list. If you’re going to go for another operation like that, for another person, it’s got to be professional and it’s got to be one of the top 1,000.” Apparently, he had a hypothetical hit list, ready to go. Nevertheless, he maintained that the Khashoggi killing was a “huge mistake.”

“Hopefully,” he said, no more hit squads would be found. “I’m trying to do my best.”

TWITTER: Speaking of DeSantis, some students in his state are riled up over the odious Don't Say Gay bill, staging a walkout and engaging in other protests:

Here on her birthday, Rep. @FentriceForFL is ensuring these student voices are heard. #DSGWalkout pic.twitter.com/6TMD2nYoma

Students opposing the Don't Say Gay bill have lined the entrance to the House floor before lawmakers return. They are still loud and clear: "We say gay."#DSGWalkout pic.twitter.com/3Ujg7mCvKx

INDIEWIRE: Filmmaker Abigail Disney is calling out her own family's history of supporting many of the Don't Say Gay Florida lawmakers.