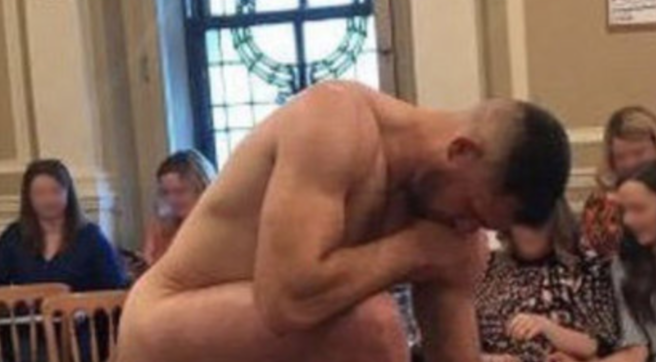 It's the undercarriage of it all. (Image via video still; full image at OMG.Blog!)

OMG.BLOG! (WORK UNFRIENDLY): Rugby star Sean Lamont goes naked for charity, and you'll feel like a dog rescued in one of those videos as you view what he is offering.

Are you a Zelensky Democrat, or a Putin Republican? (Image via Office of Nancy Pelosi)

HUFF POST: In an impassioned appeal directly to Congress, Zelensky expressed gratitude to the U.S. for its help, asked for more help (including a no-fly zone, which = WWIII), and other aid. He also asked Biden to be leader of the world, and to bring peace.

Joe Manchin couldn't be bothered to show the minimum amount of respect to President Zelensky's speech.

Meanwhile, there is movement in Ukraine-Russia talks. Sounding like a promise not to join NATO, but to be free to be part of the EU, could do the trick. In other words, Russia is losing badly.

VICE NEWS: Marina Ovsyannikova, the producer who took her anti-war protest to live Russian TV, is free ... at the moment.

NYT: Papa John's — whose original founder is a batshit-crazy right-winger extraordinaire — is suspending operations in Russia. However, American Christopher Wynne, who moved to Russia in 2017, refuses to shutter the 190 franchises in that country because:

At the end of the day, they appreciate a good pizza.

Spoken like a true Republican — business over all other considerations. Wynne is the total opposite of Ovsyannikova; he is a man profiting during a war instead of protesting it at great personal expense. I hope his pals in the U.S. are proud. 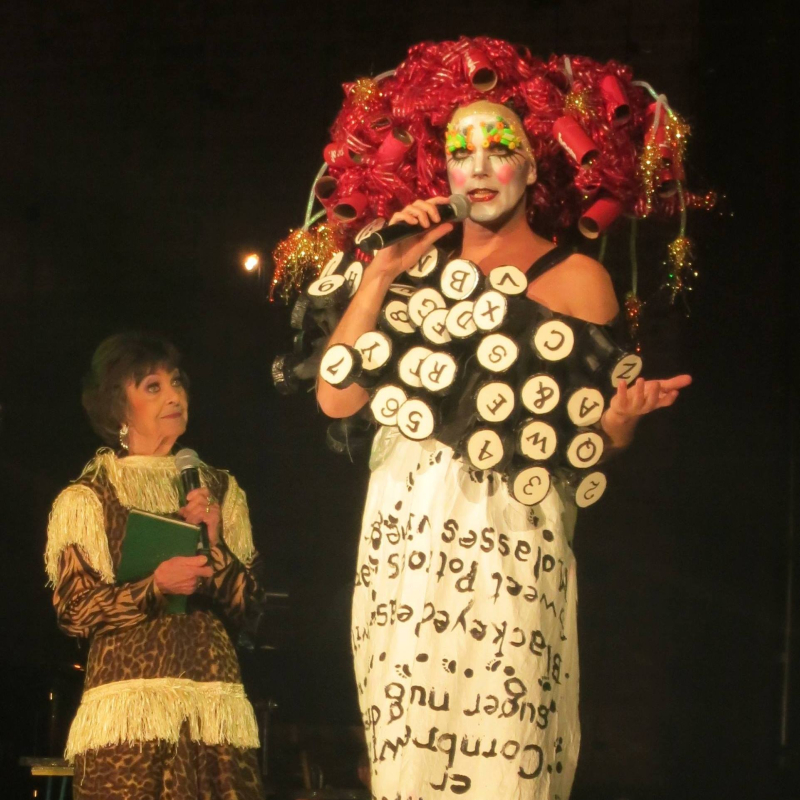 We're asking the public's help in solving this disgusting, disgraceful offense committed against a vulnerable, elderly female who was doing nothing but walking down the streets of New York City. So, please — anybody with any information on this person or her whereabouts, call 1-800-577-TIPS. 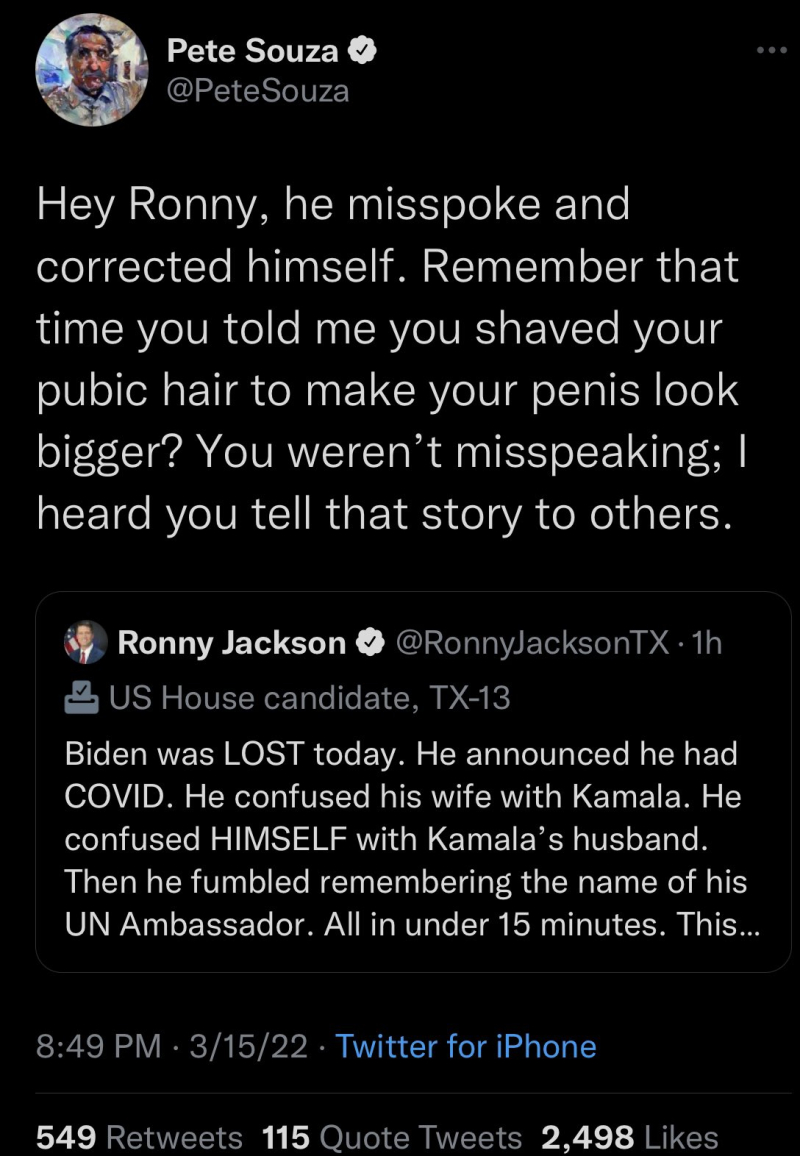 HUFF POST: I know this will surprise you, but football legend Herschel Walker, a far-right Senate candidate in Georgia, doesn't quite grasp evolution:

At one time, science said man came from apes, did it not? ... If that is true, why are there still apes? Think about it.

PLEASE tell that to the next dog you see, or maybe explain it to the wolf it is descended from. Both still around. Think about it. 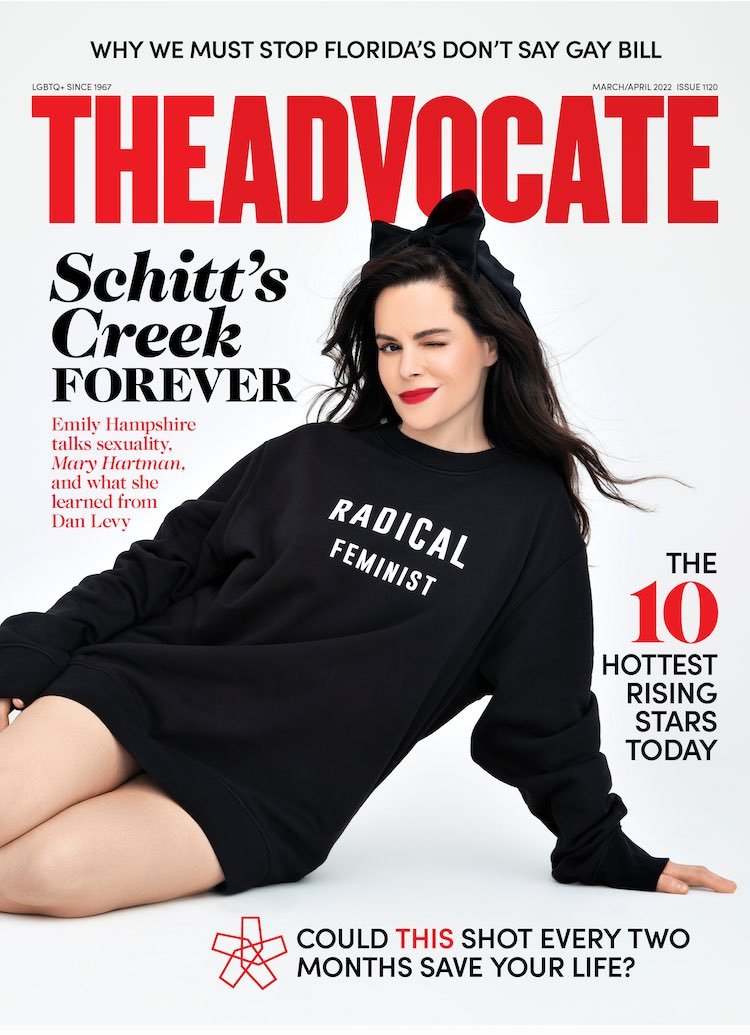 NY1: The monster believed to have been murdering homeless men has been arrested. Police believe the culprit is Gerald Brevard III.

WAPO: I despise Jussie Smollett. I think faking a hate crime is like faking a rape — it is inexcusable, and it damages the credibility of the 90+% of similar reports that are real. That, in part, is why I think it is hard for me and for others (not counting racist douchebags, who are laughing all the way to the spank bank anyway) to even consider the idea that Smollett's sentence was too harsh.

That said, I think Paul Butler's column on this topic is very useful. He is a Black man (no idea if also a gay man) who writes bluntly that he knows Jussie is a liar and broke the law. Too many of Jussie's supporters, from his sibs to the otherwise Taraji P. Henson, are advocating for his release while refusing to say he is guilty, or even proclaiming his innocence.

Along with admitting reality, Butler writes:

Here’s the bizarre procedure they used to reprosecute Smollett: A retired Chicago judge who had nothing to do with the case filed a petition with the city’s criminal court, claiming that she had been so personally damaged by the derogatory media commentary that her “ability to live peacefully has been diminished.”

That definitely lends to the story of Smollett being made into an example. And it also reminds me how uncomfortable I am being on the same side as the Chicago cops.

Also: Check out Butler on LGBTQ rights and racial equality from 2013.

TWITTER: I'm so glad Kristen Stewart is no longer sullen. She was such a misery to work around (not physically, to work AROUND) during the Twilight years, and now is delightful, happy and an amazing actress. Here, she playfully suggests she'll marry Olivia Colman if she loses the Oscar:

Kristen Stewart says that if she doesn't win the Oscar, she will ask Olivia Colman to marry her pic.twitter.com/DIHB48Bl4n

P.S. Stewart and her actual bride-to-be, Dylan Meyer, only recently made it red-carpet official.