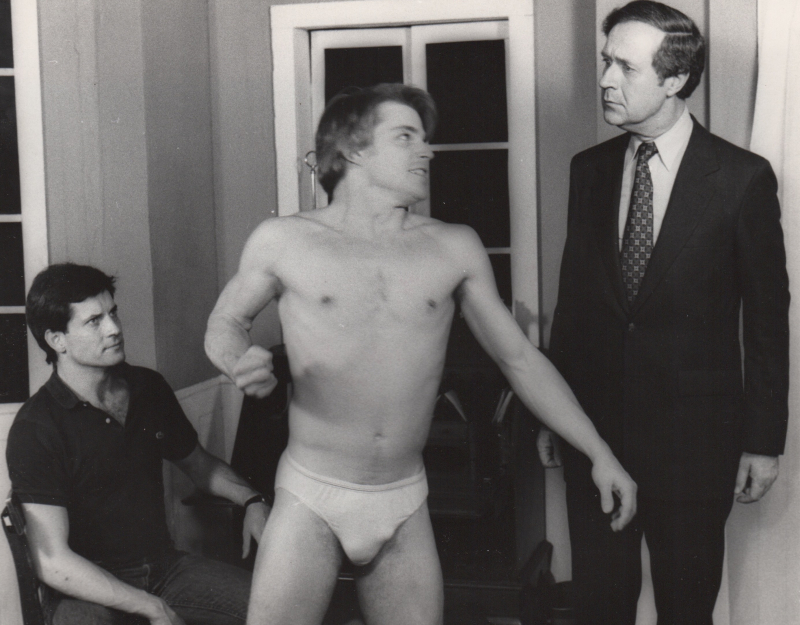 Random bonus shot of a '70s play that I regret I missed. (Image by Herbert Fogelson)

BELOW: Keep reading for The Kidd Creole's shocking conviction, even many Democrats are pro-Don't Say Gay, RIP Rae Allen...

NYND: In a case where the prosecutors believe the motive was a homophobic overreaction to a greeting, '80s hip hop legend The Kidd Creole has been convicted of manslaughter in NYC. He faces up to 25 years in prison. The details are insane — he was approached by a homeless man who asked, “What's up?” and responded by removing a concealed kitchen knife from his sleeve and stabbing him twice. The homeless man took a final swig of beer, passed out and died in a hospital.

YAHOO! NEWS: We're fucked. Only a bare majority of Democrats polled are against Don't Say Gay. I guess all our progress has led to a boomerang of resentment, revealing they always hated us all along.

TMZ: Kris Jenner is still talking about Caitlyn Jenner's transition, saying it was a shocker. It wasn't pleasant for us, either, though had nothing to do with her gender.

DEADLINE: Rae Allen, who was in the original cast of Damn Yankees — and who played a crusty employment officer on a classic episode of Seinfeld — has died at 95.

GR8ERDAYS: He put the “Papa in Papa, Can You Hear Me?”and appeared in the classic Some Like It Hot — RIP Nehemiah Persoff, 102.