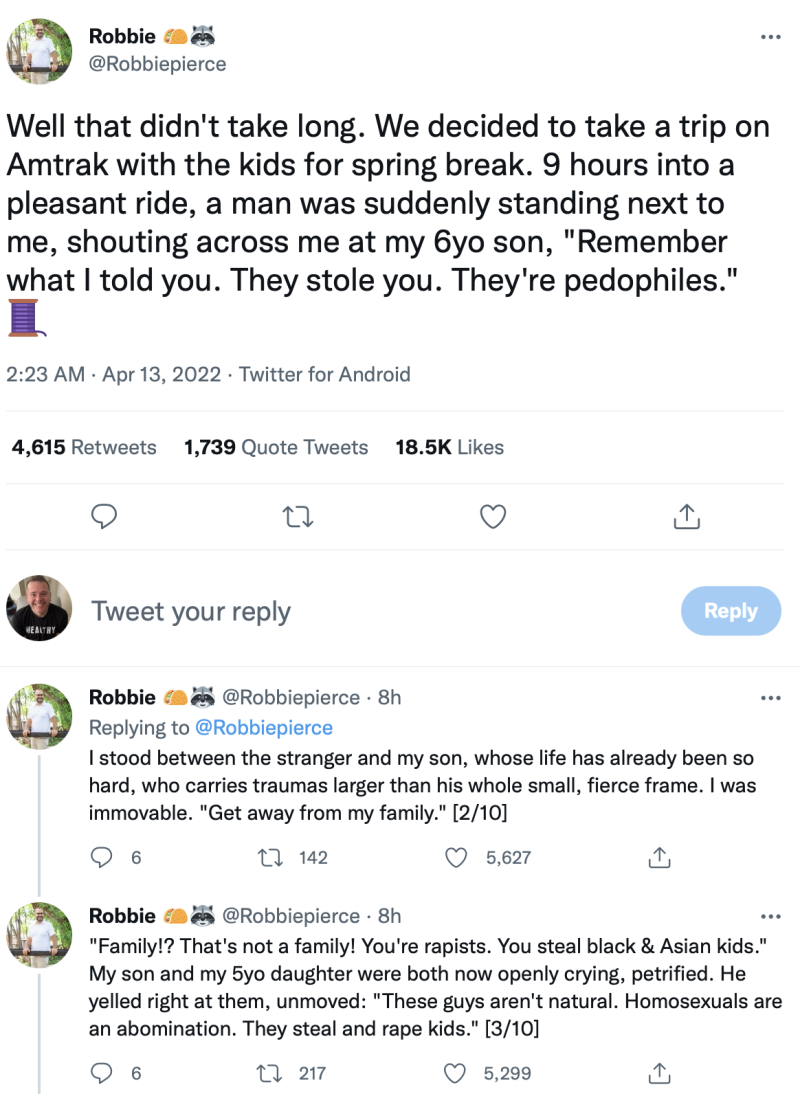 A terrifying Twitter thread documents what happened when a total stranger confronted two gay dads and their tiny children, screaming about rape and pedophilia.

This country is devolving by the minute, and it is thanks to the GOP/QAnon anti-queer rhetoric pushed down people's throats on the daily. The people receiving these messages are already despondent over other matters, and being able to latch on to this gives them spiritual comfort. Queer people are going to be murdered over this talk, and this tweeter rightly calls out Fox News and other prominent anti-queer figures.

I have no idea how I'd react, but it would be hard not to fight back with more than shouting when an adult man is screaming at your crying children.