ABOVE: Tan lines for days.

BELOW: Keep reading for a history in gay music, the death of Naomi Judd, Elon Trump and more ... 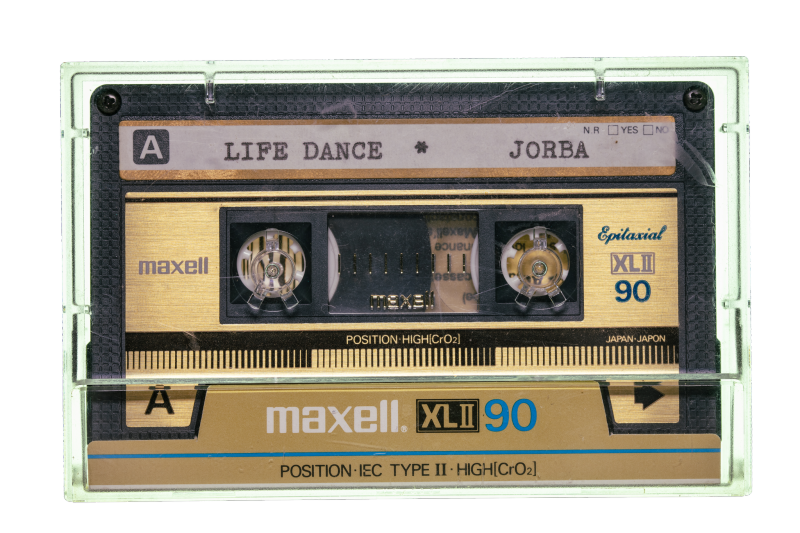 Life is a dance. (Image via Peter Kriss & Nate Pinsley)

NYT: Here is the full story about that archive of cassette tapes from 1979-1999 that seems to document a huge portion of the gay parties on Fire Island — and which tell a tale of gay life on the island throughout the AIDS crisis.

It is good luck for us all that the couple who discovered the abandoned cassettes decided to save, digitize and publicize (not commercialize) them.

EXTRATV: Just weeks after performing with her daughter Wynonna at the 2022 CMT Awards, country legend Naomi Judd, 76, has died. In a statement, her daughters chalked her death up to mental illness, indicating it was suicide.

EXTRATV: Kip, the wait is over — Sonny is sorta single! Meanwhile, Aykroyd's old buddy Bill Murray is speaking out about his recent kerfuffle on a movie set, saying he hopes to learn from it.

JOE.MY.GOD.: Charles W. Herbster, the Trump-endorsed candidate for Nebraska governor, has again been accused of sexual impropriety. He did the alleged groping at a Republican fundraiser. But will blame the left, I'm sure.

POLITICO: Jesus Christ, why does almost everything regarding Elon Musk feel like we are living through Donald Trump again, except younger?! Here, Musk's biographer says of Musk, “He serves the political party of Elon Musk first and foremost.” Does this not remind you of when Trump's The Art of the Deal ghostwriter became so constantly quoted in the press.

TWITTER (FOLLOW ME HERE): Welp, if Elon Musk or other right-wing trolls haven't chased you off, come follow me on Twitter. I guess (?) I'll cling to social media, even if my blog is getting to be really difficult to keep up. I have decent, even surging, traffic ... but no real ad money of which to speak. I think the billionaires controlling social media have won out over anyone having their own anything; their goal, to make us their indentured servants, seems to have been achieved.

As a kid, I somehow saw the spontaneous combustion scene in this, "The Spell," which hit TV shortly after "Carrie" hit theaters. I never forgot it! Asked my mom how the woman emitted smoke. She said, "Dry ice." I heard, "Dry eyes." https://t.co/kz3HDzmQa1