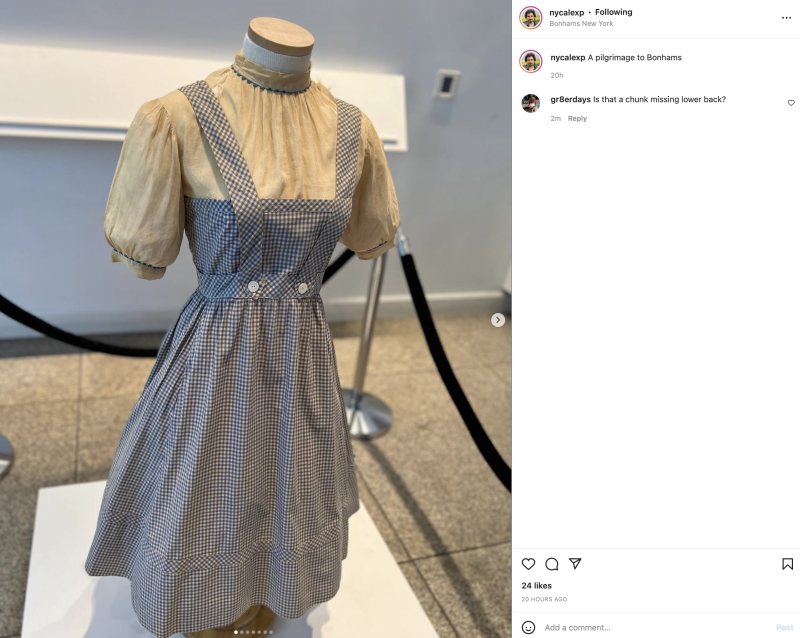 ABOVE: Thanks to Alex, great pics of the Dorothy dress that's up for grabs! 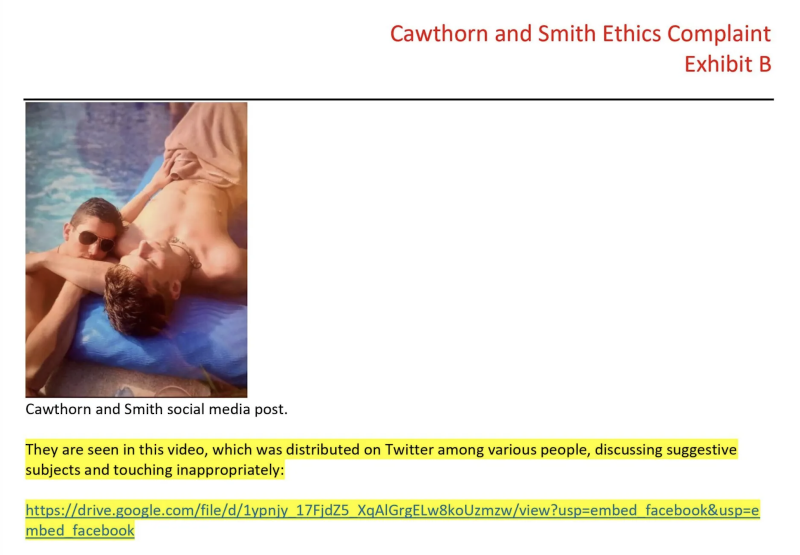 All Amy did was throw staplers. (Image via FireMadison)

FIREMADISON: The ethics complaint against Rep. Madison Cawthorn (R-North Carolina) includes this image of himself with his aide. For some reason, DailyMail.com refrained from publishing it. It hardly seems like goofing off, and it's inappropriate with someone you work with. The GOP seems on board with drumming its youngest member out of office. Sounds good to me.

Yep. This is what it means to be an LGBTQ+ ally. I will fight this suit and I will not settle. I don’t think he got fired because of me. I hope these kids are ok. 💪🌈 https://t.co/9Slm3iPZaP

TWITTER: This douche who was caught on video harassing queer teens thinks he got fired because of Kathy Griffin, who shared video evidence of his assholery.

YAHOO!: Bridgerton's Golda Rosheuvel says she was warned by those around her never to come out as queer. I feel like queer people in positions of power far too often help toe the line by encouraging others never to come out — all the time. RAW STORY: We Manhattanites never learn that just because someone is a Democrat, that doesn't mean they deserve our trust. Yes, always better than a Republican, but no, never a pass to assume they will do the right thing: DA Bragg, freshly elected and by a landslide, immediately whiffed on Trump, and it now appears he is allowing the grand jury looking into Trump's financial malfeasance to expire without seeking an extension. He is a stooge of historical proportions to allow Trump to go unindicted.

Guess Who's Gay? is a new Russian reality series designed to amplify that country's virulent homophobia. Contestants include one gay man, who must avoid detection by resisting male temptation and proving he can function with a woman. If he is found out, then the person who IDs him wins. If he manages to avoid detection, he wins the money.

Question: Why would you, as a gay man, agree to go on Russian TV and be exposed for any amount of prize money? The cheesy host makes a throat-slitting gesture in the promo, and also claims there are almost no gays in Russia. Over the past 20 years, Russia has become more like Saudi Arabia on this issue. Can it ever recover when propaganda is streaming 24/7? (P.S. Gay Times embeds the series in its post, effectively a commercial for it as views = $. Why?)

i’m sorry i’m not coming to texas for tour. my ex lives out there.

QUEERTY: Lil Nas X is touring! But not in Texas.

JOE.MY.GOD.: Disney has found a way to stick it to DeSantis.

ROLLING STONE: Glad Dolly Parton changed her mind on this — it was one of the few subjects on which she has been wrong.

INSTAGRAM: Ellen DeGeneres taped her final episode of The Ellen DeGeneres Show Thursday — after 19 years, she is calling it quits. It's a shame so many people decided she wasn't nice enough; I realize there were workplace complaints, but so much of it was conflated with well, that means “Ellen is a racist,” or that she personally caused/knew about all the problems. And yes, I know she wasn't gushingly friendly to you when you met her that time in 2008. But still, she is a trailblazer, and I'll always tilt toward supporting her, even if that doesn't amount to a free pass. At the very least, she is disproportionately punished — it is particularly chic among younger people — for being probably no worse than the next very successful, very rich, occasionally blindered media figure.

INSTAGRAM: So many big stars born on April 29, I couldn't keep up: