Minority Leader Kevin McCarthy Lied: He DID, In Fact, Say He Would Ask Trump To Resign Comments (0) 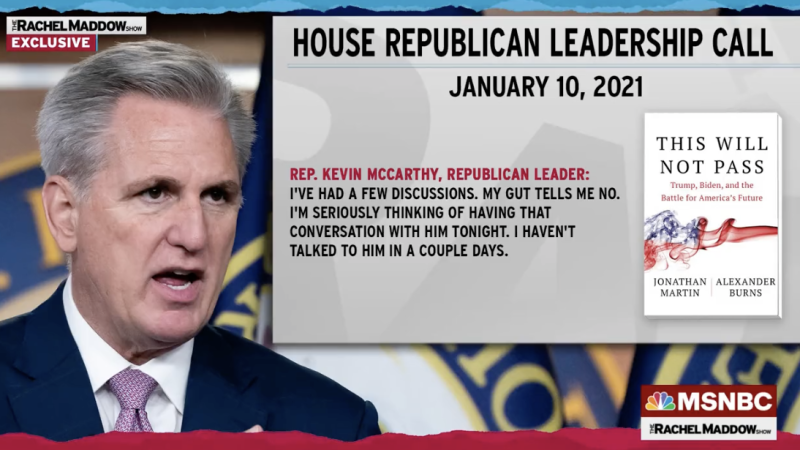 The course of U.S. history would've changed had the recorder of this conversation released it a year ago. (Image via video still)

Minority Leader Kevin McCarthy was caught on audio saying, on January 10, that he planned to ask Trump to resign over the January 6 insurrection that Trump fueled.

It is incredible how quickly top Republicans went from secretly planning to get rid of Trump — because it was the right thing to do — to realizing the political environment was such that they could simply let it ride and would glean benefits and take no hits over Trump's plot to toss out a fair election's results.

Caught red-handed consorting with Rep. Liz Cheney (R-Wyoming) on this call, McCarthy will now never, ever be Speaker of the House if Republicans retake that body. Just think — he was dealing with Cheney and on the same page with her, and weeks later, he was having her stripped of her duties over her lack of allegiance to Trumpism.

P.S. Sitting on this audio in order to sell books is disgusting.