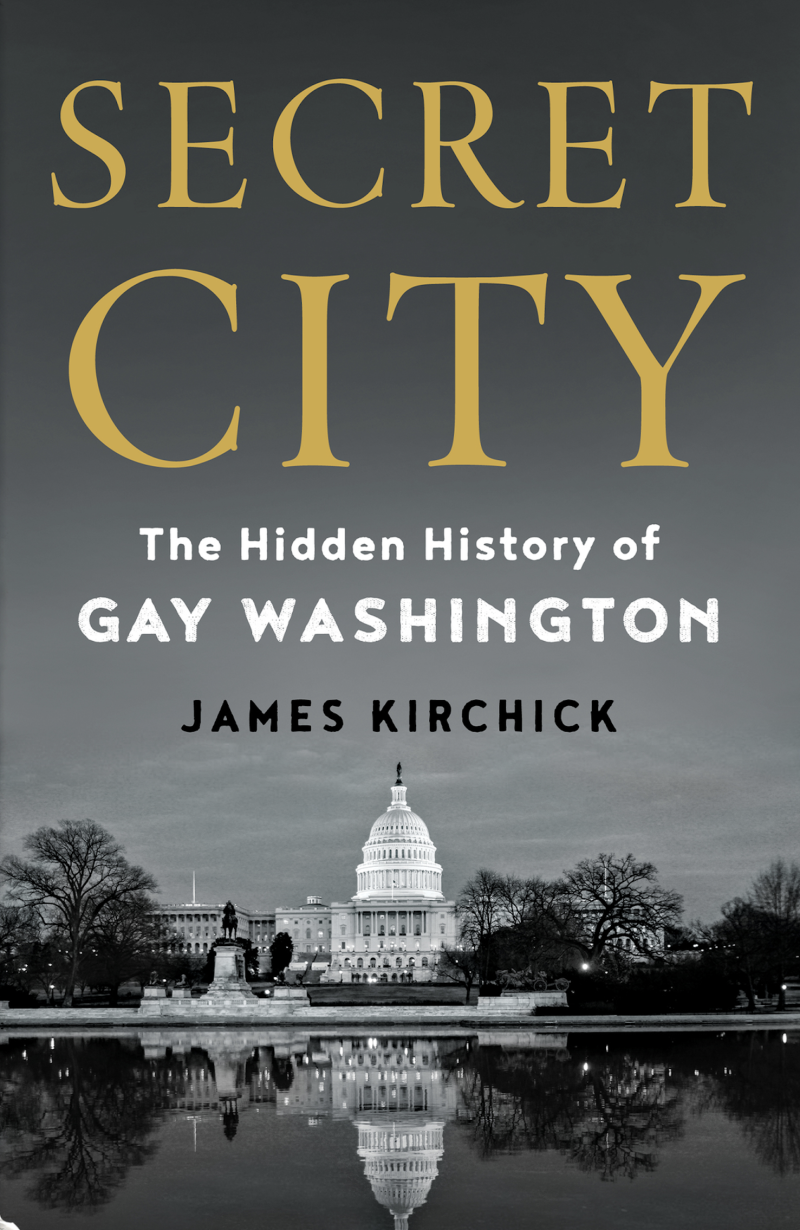 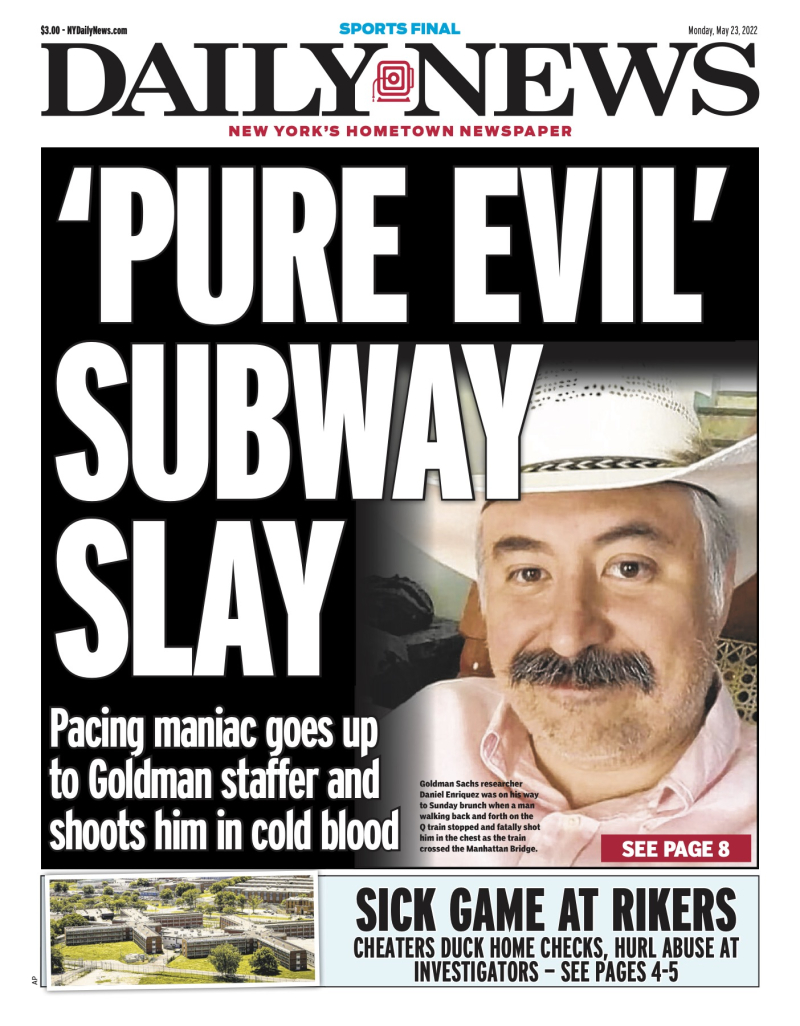 This happens, the train stops, the perp saunters away. Cops useless. (Image via NYDN)

NBC NEWS: Daniel Enriques, a 48-year-old Goldman Sachs employee, was shot at point-blank range and killed by a random stranger on a Q train in NYC. The victim was gay (and simply heading to brunch), but there is no reason to believe this was material to the crime. The suspect was hooded and masked. Police are searching for him and have circulated this: 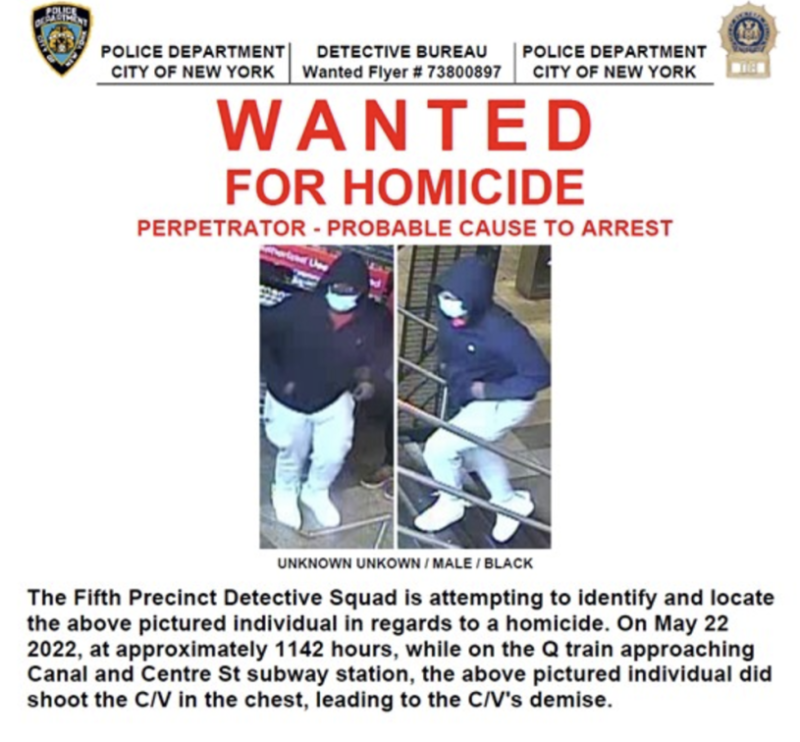 BACK2STONEWALL: Data Lounge is shutting down for good at the end of this month. (Unconfirmed.) 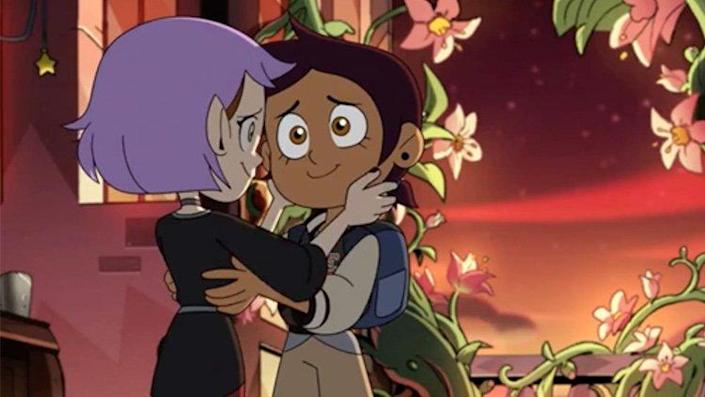 YAHOO!: The Owl House is an LGBTQ+ series on Disney Channel that is already canceled ... but it is slipping in a same-sex kiss on its way out the door!

NDTV: A 35-year-old doctor has become the first Qatari EVER to come out as gay.

Full-frontal, and mint in box (Image via video still)