ABOVE: Lee Horsley, of coursely.

BELOW: Keep reading for Jerrod Carmichael talking to Ellen DeGeneres, Payton Gendron's racism and white supremacy and how the media barely mentions them, Britney miscarries and more ... 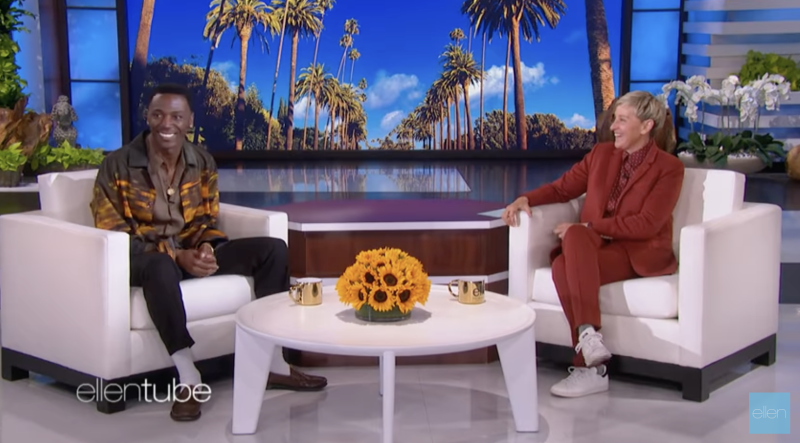 Jerrod's comments on Ellen were deeply moving. (Image via The Ellen DeGeneres Show)

INDIEWIRE: Jerrod Carmichael talks about regretting past anti-gay jokes, referring to them as self-hate and “smoke bombs.” Now you, Eddie Murphy!

HUFF POST: Payton Gendron, 18, allegedly picked a Buffalo supermarket specifically to kill as many Black people as possible. If the authenticity  of his 180-page online manifesto is confirmed, it would appear he bought into the hysterical belief that the white race is being intentionally replaced by other races, a theory embraced by many far-right U.S. figures and popularized on 4chan. He drove 200 miles to kill those people, and if you have to drive 200 miles to find a Black person, that is part of the issue. What a monstrous thing, and it's right int he laps of the GOP and its renewed attempts to erase Black — and U.S. — history; we can't avoid newly minted racists and also push to avoid discussing that history.

DAILY MAIL: I am one of the elites.