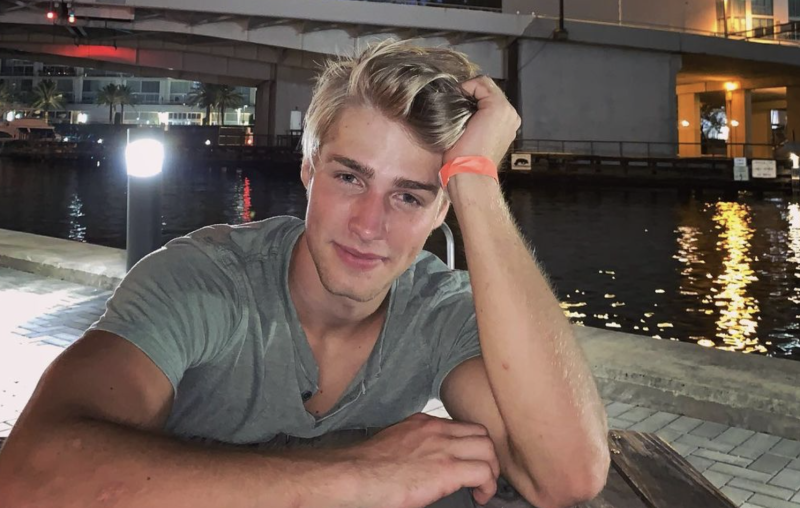 MEAWW: Micah Plath of Welcome to Plathville says whether he'd date boys is yet to be determined.

PEOPLE: Christopher Meloni let us know he works out in his home gym in the raw.

CNN: Monkeypox — fucking MONKEYPOX — is spreading in Europe and elsewhere, including a pocket in Canada and at least one U.S. case. It's a potentially deadly disease for which there is a vaccine, but what caught my eye is that it appears to be sexually transmitted for the first time — and the first cases in the U.K. are among gay men, perhaps sparked by one visiting Nigeria recently.

POLITICO: The Trump-endorsed primary winner who even Trump hates.

AP: A 17-year-old high school student is speaking out, saying school administrators are keeping him from running for senior class president.

ABC NEWS: Noxious Pharma Bro Martin Shkreli has been released early from prison. Insanely, a woman covering Shkreli's case for Bloomberg gave up her marriage and job in order to be with him. I can't even imagine the idiocy. Guess what? She talked about it — and he dumped her.

TWITTER: Elon Musk has declared Democrats the party of hate and division.

“I’ve been a Democrat for years, but now that Republicans are all in on fascism, white supremacy, and forcing 10 year old girls who are raped by their fathers to become parents, that seals the deal for me. I’m all in for the @GOP.”
—Elon Musk

DEADLINE: I despise Tom Cruise, and to me, Top Gun in the '80s was a Reagan wet dream — jingoistic crap. But either the star idolatry is off the charts (compounded by his devotion to a big-screen experience) or he has an Oscar-ready hit on his hands.

Former President George W. Bush: “The decision of one man to launch a wholly unjustified and brutal invasion of Iraq. I mean of Ukraine.” pic.twitter.com/UMwNMwMnmX