He was also in the Best Picture nominee Rachel, Rachel. (GIF via GIPHY)

GR8ERDAYS: RIP James Olson, the actor who was so painfully hot in The Andromeda Strain.

TWITTER: The day Sen. Joe Manchin (D-West Virginia) drops dead or retires or switches parties is going to hurt Dems, power-wise, but sometimes it feels like — just rip the Band-Aid off. Here, he explains that he WON'T vote to codify a woman's right to have an abortion:

Manchin tells reporters he will vote against the Women’s Health Protection Act this afternoon pic.twitter.com/sOvTIjxDwl

ABC NEWS: Students in central Florida are victorious after they protested a school board's plans to censor a yearbook page featuring a walkout over Don't Say Gay. I hope Gen Z will finish the LGBTQ-rights and abortion-rights battles that should have been finished long ago.

WUSA9: Vincent Orange, trying to get back into office, attacked an out gay opponent for saying he came out just for votes.

Tori Amos on the American leg of her tour : pic.twitter.com/AJ3rVlWa9I

NYDN: Lauren Pazienza, the Queens event planner (ouch) who allegedly fatally shoved elderly voice coach Barbara Maier Gustern on an NYC street, has had her bail revoked. Keep in mind she evaded capture for days while people wondered at the ID of the women who committed such a senseless act of violence. Now, it has turned out she was violently angry over a slight by a park employee, tipsy and verbally abusive toward her (how does she have a) fiancé leading up to the shove, which still seems to have been a psychopathic, random act of violence (she claimed to her fiancé she thought the woman had said something to her — across a street?!) ... so she's had her bail revoked. God, the world is ending, but I hope it ends with this bitch in prison. 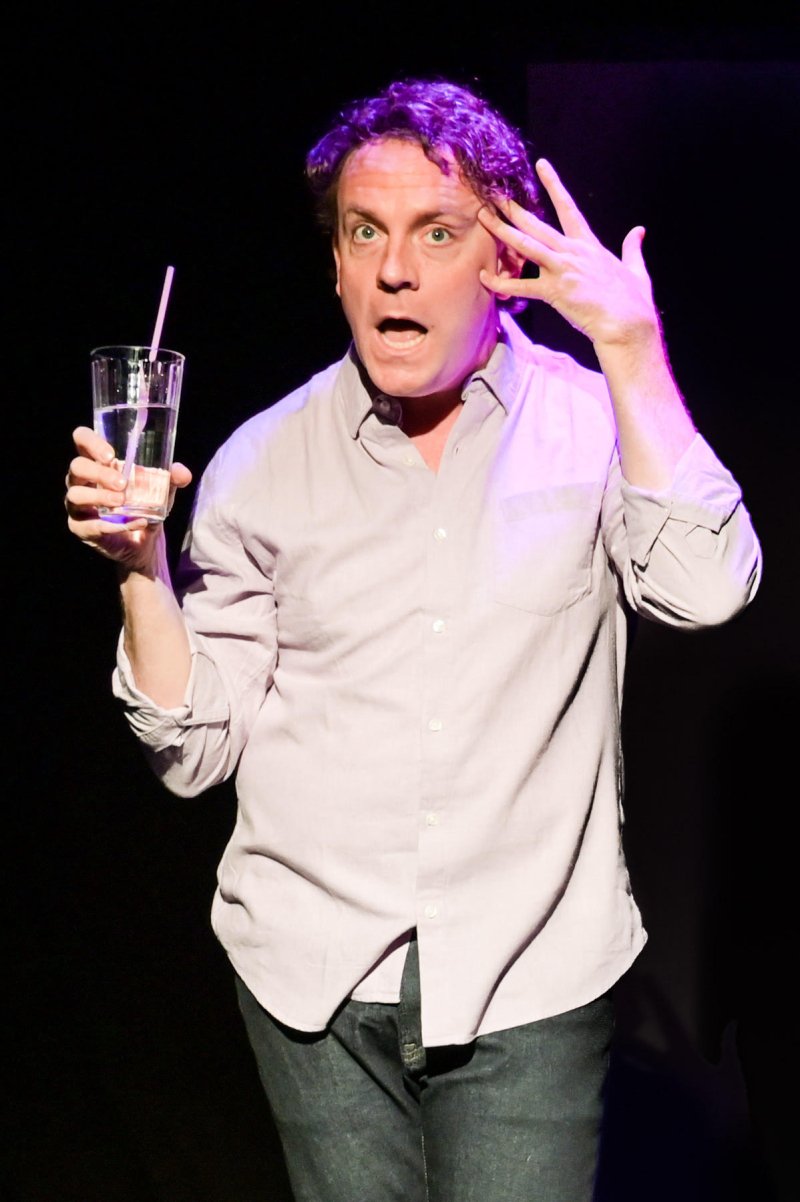 I, Drew (Image by Russ Rowland)

HAPPY BIRTHDAY DOUG: Happy Birthday Doug, written and performed by Drew Droege, is returning to NYC for four perfs only around Pride. Don't miss it — it's like a one-man Who's Afraid of Virginia Woolf?

TWITTER: Kandiss Taylor, who his the MAGA Georgia gubernatorial candidate, is suggesting that all women in her state who ever had an abortion should be put to death. In 2016, when Trump was running for president, he said “there has to be some form of punishment” for women who have abortions. At the time he said it, it seemed ridiculous — now, it is coming to pass. The GOP is moving forward on removing the constitutional right to abortion, then will ban it nationwide and with that will punish women for having them. Unimaginable when Trump first blubbered about this topic. (P.S. He sounds like an idiot in this 2016 clip, but wow, has he deteriorated!)

VARIETY: Sen. Josh Hawley (R-Missouri) is in blatantly unconstitutional territory as he attempts to strip Disney's copyrights to punish the company for belatedly coming out against Don't Say Gay.

YOUTUBE: Jesse Williams addresses his onstage nudity while Twitter continues to reveal his giant dick from Take Me Out:

THR reports the theater, Second Stage, is really pissed the photos leaked. But they're probably just doing damage control for Jesse — they're thrilled by the PR.

RANDY REPORT: Grindr, the app that allows you to hook up in private, is going public — and is valued at $2.1B.