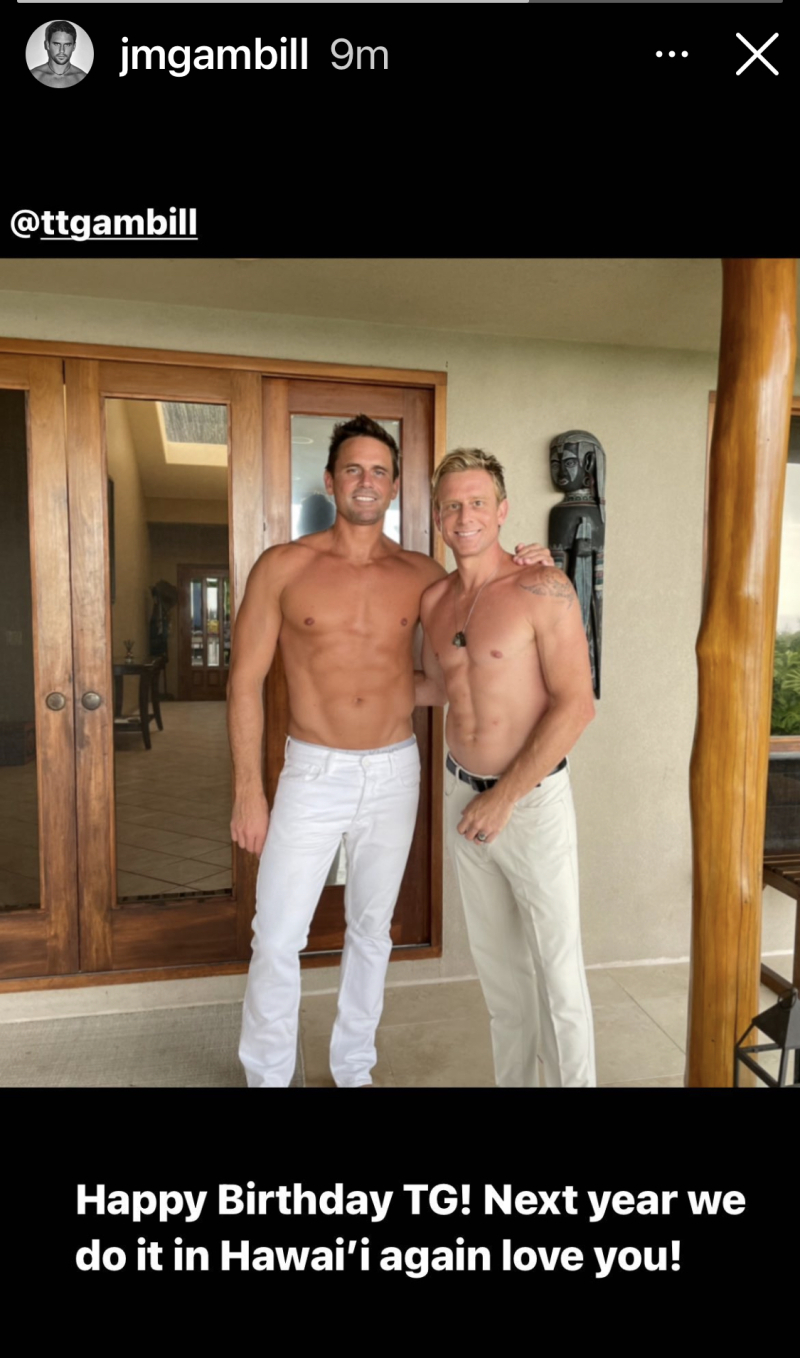 Rushing the het (Image via IG)

KENNETH IN THE (212): Endless weekend tennis roundup, filled with specimens.

THIS is the energy every single Democrat should be bringing to the fight to protect Roe.

HUFF POST: Still in shock, if not surprise over the leaked document all but confirming that SCOTUS will overturn Roe v. Wade, glibly tossing out 50 years of precent — in direct contradiction of at least three of the right-wing justices' sworn and recent testimony during their confirmation hearings. Now, Chief Justice John Roberts — whose vote is meaningless if the Anti-Feminist Five (Alito, Thomas, Coney Barrett, Kavanaugh and Gorsuch) hold firm — has confirmed the document is real, warns it isn't final (yeah, right) and is opening an investigation.

Note: The leak is not the problem.

PEOPLE: When, not if, Roe is tossed, abortion will be either fully or mostly illegal in all but 19 states, with some murkiness regarding enforcement issues.

TWITTER: Don't blame a liberal for the SCOTUS leak — it was much more likely the work of a conservative.

Susan Collins: “If this leaked draft opinion is the final decision and this reporting is accurate, it would be completely inconsistent with what Justice Gorsuch and Justice Kavanaugh said in their hearings and in our meetings in my office.” 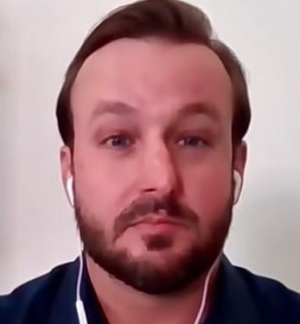 Hice, who accused Don Lemon of sexually assaulting him in a Sag Harbor, New York, bar has dropped his lawsuit, and now admits his story wasn't even true. Every right-wing dick who harped on this for three years should kiss Don's ass — but won't. Hice said, via statement:

After a lot of inner reflection and a deep dive into my memory, I have come to realize that my recollection of the events that occurred on the night in question when I first met CNN anchor Don Lemon were not what I thought they were when I filed this lawsuit. As a result, I am dropping the case.

Another Jussie Smollett, faking a crime that weakens the support true victims already have to fight to receive.

NPR: Wow, Australia is not exactly tough on crime. The Sydney man, Scott White, who confessed to chasing gay American Scott Johnson off a cliff and to his death, got just 12 years for the country's most infamous cold case — a killing that happened in 1988 and was only solved now. White blurted out in court that he was guilty, but that's not why he got a light sentence. That was because the judge, Helen Wilson, didn't think it was a hate crime.

White met Johnson at a gay bar and had for decades admitted to family that he bashed gay men, eventually admitting to his wife he caused Johnson's death because the only good gay man was a dead gay man. But that didn't sound like a hate crime to good ol' Helen.

White only has to serve eight years and three months before parole is a possibility. White is only 51 years old now. This case is maddening. 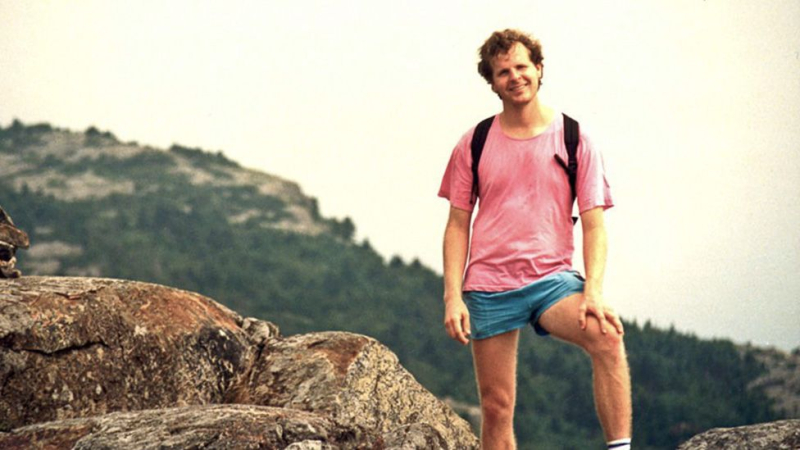 Scott Johnson died a horrible death at 27. His killer will do just 8-12 years. (Image via family photo)

EXTRATV: From Marilyn Monroe to Kim Kardashian — this dress has run the gamut. It is disappointing, but a symptom of the oligarchy in which we live, that this iconic dress is owned by a billionaire and was loaned to a billionaire to be used as some sort of icon cred. At least she only wore it on the carpet and didn't sit down in it or eat in it.

NYT: Ron Galella, the worst, best paparazzo, has died at 91.

TOWLEROAD: Kyan Douglas of Queer Eye for the Straight Guy fame is retiring from TV.

NYT: This story resurfaces every few years, and gays react with shock that they've never heard it. It's exasperating how people are so incurious. But if you do NOT know this story, you DO know it now: The story of Dr. Henry Anonymous is important in LGBTQ history. 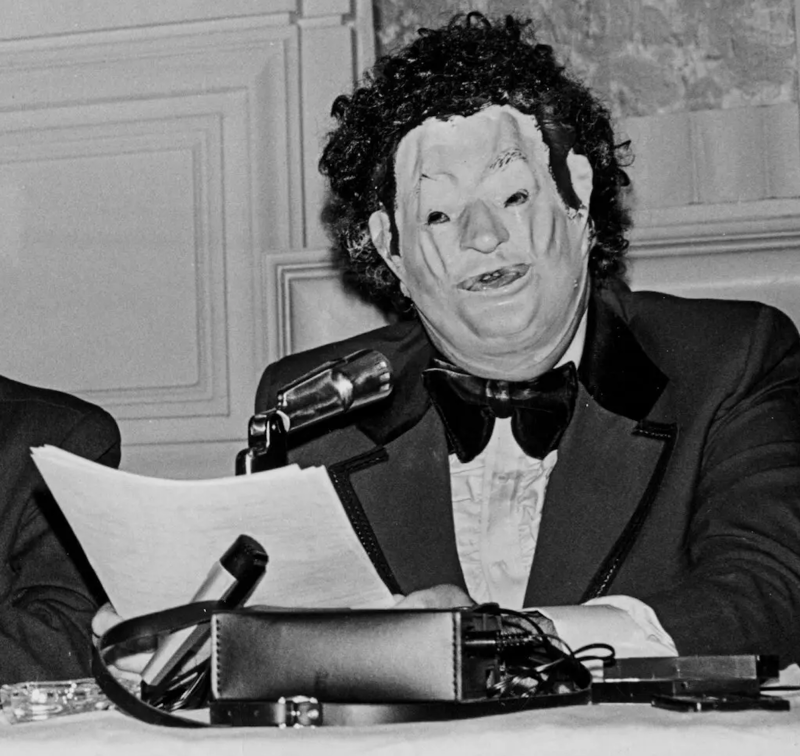 “I am a homosexual. I am a psychiatrist.” (Image via NYPL)