BELOW: Keep reading for ramped-up attacks and would-be attacks on LGBTQ people this Pride, DeSantis pooping on us in NYC, Liz Cheney's zinger and more ... 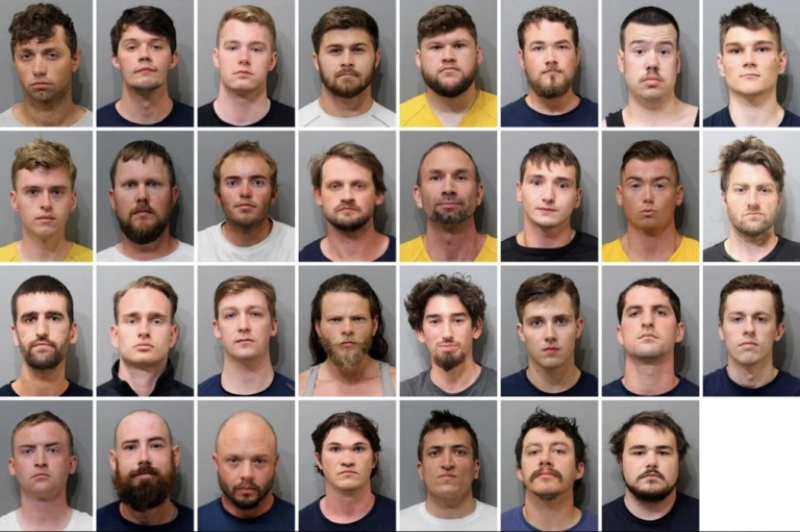 These youngish people are accused white-nationalist would-be rioters. In 2022. (Images via Idaho Police)

WSJ: These stories just get worse. Over the weekend, Idaho police arrested 31 suspected white nationalists who were heading via U-Haul to  Pride. GLAAD responds.

NYT: Florida Gov. Ron DeSantis spoke at an event at Chelsea Piers during Pride Month, leading to GLAAD announcing it would refrain from hosting events at the usually queer-friendly space. Owners tried to mollify activists by promising the money from the event would go to LGBTQ causes, but hey, selling space to people ACTIVELY working to destroy us (not hyperbole) is > than a few bucks sprinkled across charities.

ABC7: A drag queen story hour IN THE BAY AREA was crashed by Proud Boys looking for trouble. One of them was wearing a T-shirt encouraging people to murder pedophiles — the implication being that all gay men and trans people are pedophiles.

THE GUARDIAN: Eddie Izzard wants to go with female pronouns from now on, and this apparently is an attack on other women. (Spoiler alert: It's not.)

DEADLINE: Thanks to her work on A Strange Loop, Jennifer Hudson is a whole EGOT! Sarah Kate Ellis, GLAAD's president and CEO, said of the win:

With A Strange Loop, Michael R. Jackson puts Black, queer stories center stage and GLAAD was beyond proud to 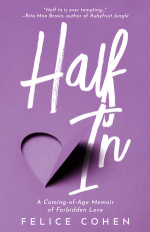 be an investor to help bring this incredible and groundbreaking  production to Broadway. A Strange Loop, Company, and Take Me Out showcase the outstanding work of multiple LGBTQ artists and tell important stories about the lives of LGBTQ people with depth, nuance, and humanity.  These productions winning top honors at this year’s Tony Awards is a key reminder that our stories matter and deserve recognition. As a record number of anti-LGBTQ bills sweep the nation today, creating and awarding authentic and deeply affecting stories is more crucial than ever before.

FELICE COHEN: I was raised such that when Rita Mae Brown tells you a memoir is “ever tempting,” you believe her.

WAPO: A piece on the expanding monkeypox outbreak, which is — so far — predominantly affecting men who have sex with men. Should we be worried? So far, about 50 probable U.S. cases. I don't see Americans bothering with another outbreak after 2+ years of COVID. Let's hope it fizzles.

Also, I am expressing support for Skylar Astin's grapefruits. (GIF via GIPHY)

NBC NEWS: There is serious talk about indicting Trump. If he can't be indicted after all he did, it's over. Our country is a joke.

TWITTER: Lookit, Rep. Liz Cheney (R-Wyoming) is a Republican. I don't want her to be POTUS. But she fucking said Trump listened to an “apparently inebriated Rudy Giuliani” today, and that counts for something:

The second January 6 hearing begins with Liz Cheney talking about how Trump listened to advice from "an apparently inebriated Rudy Giuliani" pic.twitter.com/u6WvTPCbHe

CNN: Betsy DeVos is admitting Trump's Cabinet discussed invoking the 25th Amendment to get rid of him in the wake of January 6. Can you motherfucking IMAGINE if ONE person in Biden's Cabinet mentioned they thought he wasn't all there or should be 25th Amendment-ed, the coverage it would receive? I feel like Devos's admission (no brownie points, she's still awful) is practically invisible: