I didn't write Wonder Woman, but if you want to argue that she is somehow not a queer or trans icon, then you're not paying attention.

Every time someone comes up to me and says that WW helped them while they were closeted, it reminds me how special the role is.

ABOVE: This is why Lynda Carter is > than all of Charlie's Angels put together.

BELOW: Keep reading for Dr. Jill Biden's love fest with Nancy Reagan (?!), the best states in which to be gay (aside from “of undress”), Amber Heard to appeal and more ... 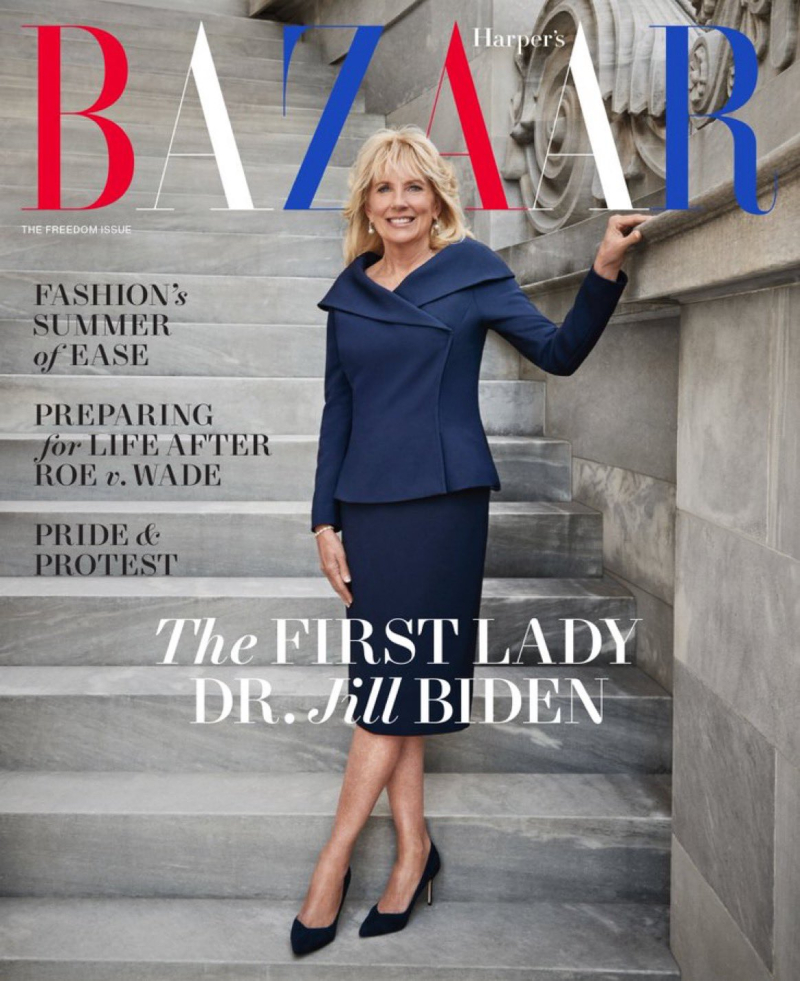 I dislike the word “classy,” but ... this is it. (Image by Cass Bird for Harper's Bazaar)

BAZAAR: I'm happy to see lovely Dr. Jill Biden on the cover of Harper's Bazaar — this will give Melania a pain in the kidneys — though I wish she were not also, on Monday, set to appear WITH LOUIS DeJOY at a White House ceremony to honor a new stamp featuring Nancy Reagan ... during Pride. Really stank timing. I'm beginning to think the Bidens are good people with few political instincts; they're getting pummeled and seem oblivious as to how to fight back, or at least avoid unforced errors.

Looks like DeJoy is here to DeStay. I do not understand this. 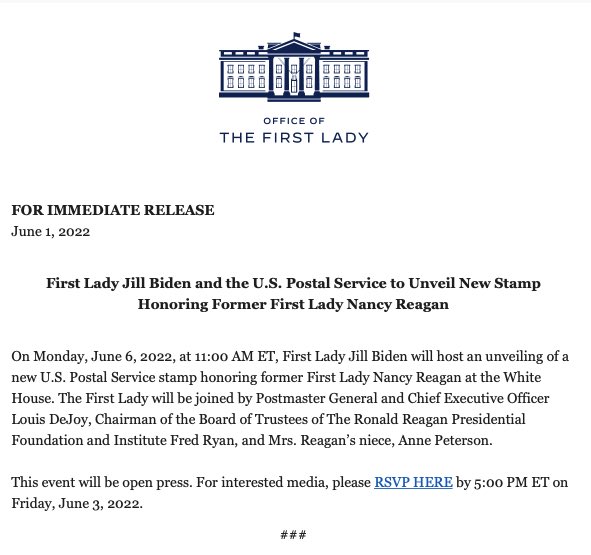 This is just stupid. I got no other adjectives. (Image via White House)

DW: Boris Pahor, the Slovenian novelist who bore witness to the horrors of Nazi concentration camps, has died at 108.

KIMI COLE: Check out Kimi Cole for lieutenant governor if you're in Nevada!

The states that are getting worse for LGBT people are also getting worse for women and for people of color. Texas, Alabama, Mississippi, South Dakota, Tennessee, all of those are states where reproductive rights are being threatened, Black folks are being disenfranchised … The most LGBTQ-friendly states are the best states for Americans for safety, for health, for employment, for innovation.'

TWITTER: What to do in the event of an active shooter:

Every parent in America needs to watch this

Friends and family. Choose a spouse, I suggest. I also strongly suggest to make sure to choose biblical principles, you know a male with a female and female with a male.

Also, he is a psychopath:

One last thing it ends up that with special dates in the year that you can take advantage of that, one of those is April Fools' Day, April 1. It ends up that, I’ll give you an example, one April Fools' we had three toddlers that were in the bathtub at the same time. Amy had her hand full at the time. I go downstairs, I take ketchup, I put over my arm and I, I come up screaming. I says, “Oh, I broke a window and the glass cut me and I can’t stop the bleeding.” And the little kids are going, “Oh, Daddy, oh, Daddy.” So I stumble in, I flip around, I fall down and my red ketchup arm falls in the bathtub. The water immediately turns red. It ends up that, it ends up that all the commotion and the chaos you can imagine, and then what happens as soon as it lowers just a little bit, I said, ‘April Fools' Day.’ And it is precious to know that laughter. Thank you very much.” 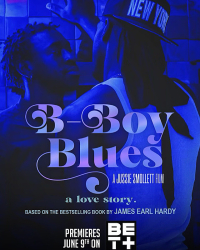 Amber Heard will — duh — appeal. I say she'll win eventually. Not that I am a big fan or hers (or his), but I can't fathom how the message can be that you're not allowed to say you were abused, even without naming names, unless you have incontrovertible evidence.

VARIETY: I had never even heard that Jussie Smollett directed a film version of James Earl Hardy's '90s gay classic B-Boy Blues! I was just invited to a screening, but it's tonight, so too late for me to plan, but I'm curious to see how this long-awaited film version translates. It will stream from June 9 at BET+.

SLATE: “The Great, Slow-Motion Humiliation of Piers Morgan.” I hope this is true. He's the actual worst. 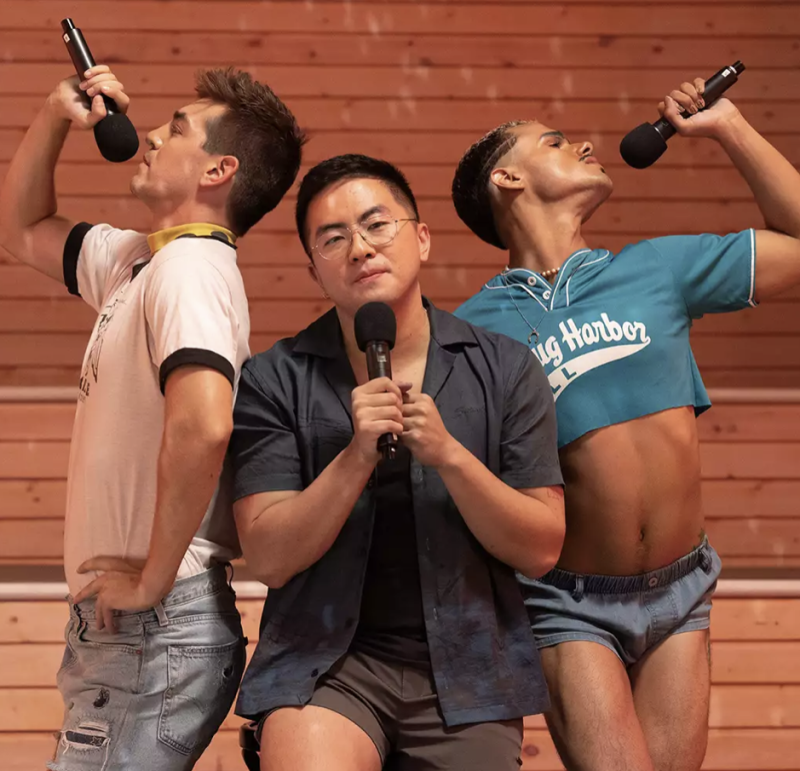 PEOPLE: Bowen Yang talks with People about the IMHO colossally underhyped Fire Island (it's on Hulu June 3 sans theatrical release). He says of the film:

It's only becoming apparent to me now, as we're talking about this movie and that it's about to come out. I feel like it is pretty striking that we're putting this chosen family story into a movie that still has entry points for anybody to enjoy it.

A little more press for Fire Island — and Bros — comes via this EW digital cover. The video is fine, the still they went with is pretty bad:

Redefining the rom-com! @ihatejoelkim and @billyeichner dig in on evolving queer storytelling in Hollywood, why they won’t stand for people pitting them — or their films #FireIslandMovie and #BrosMovie — against each other, and more. https://t.co/Nxd8dHLZ3s By @PatrickGomezLA pic.twitter.com/zX2Px3gb55