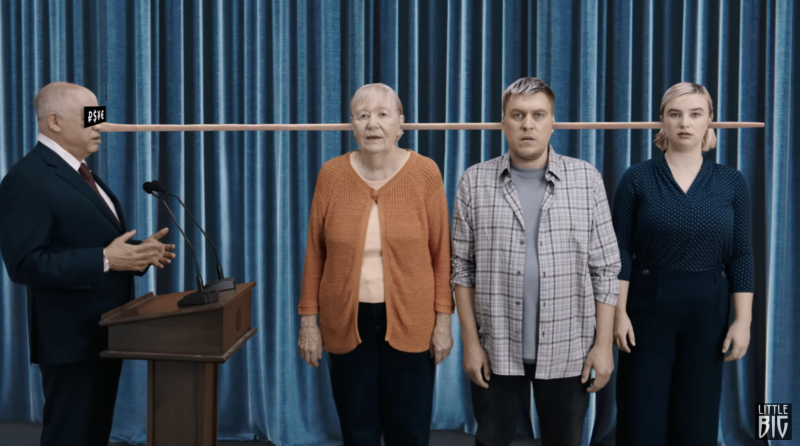 Putin won by a nose. (Image via video still)

The band has left Russia over the invasion, saying:

We adore our country, but we completely disagree with the war in Ukraine, moreover, we believe that any war is unacceptable. We condemn the actions of the Russian government, and we are so disgusted by the Russian military propaganda machine that we decided to drop everything and leave the country.