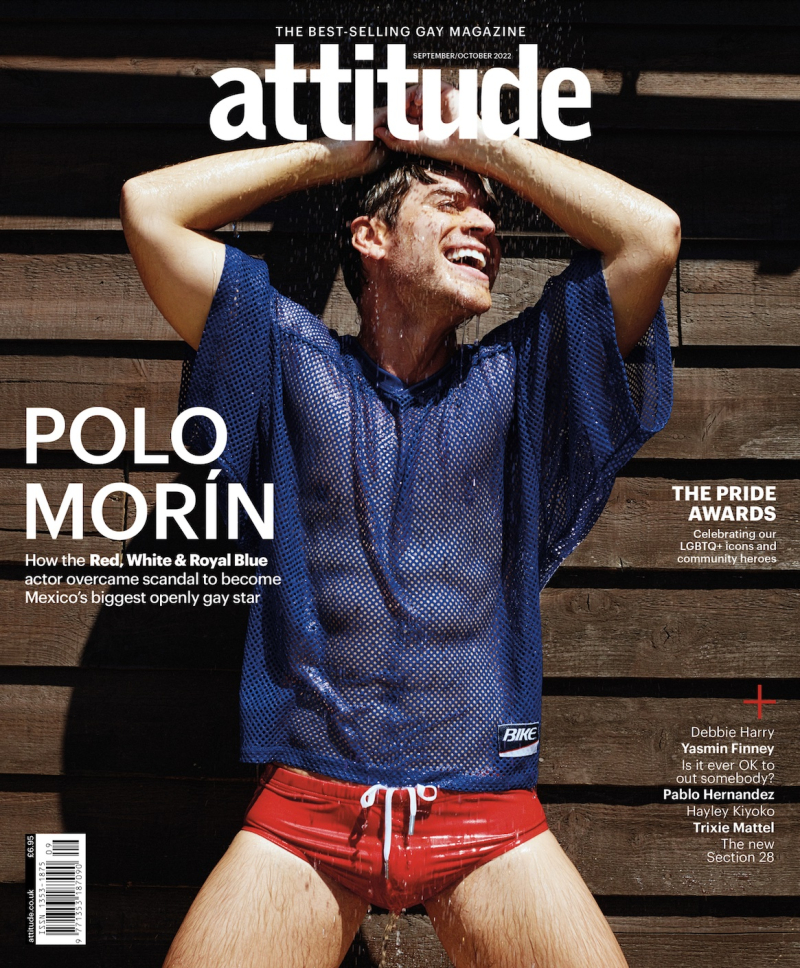 Mexico has good taste in out gay stars! (Image via Attitude)

OMG.BLOG!: Dr. Fauci, who is a veteran of the AIDS wars, in speaking about monkeypox says anti-gay stigma should also be addressed as part of the response. Bravo. Meanwhile, the GOP is openly talking about hounding him for the rest of his life with fake investigations.

ROLLING STONE: Four and a half stars for Beyoncé's Renaissance, her first studio album in six years. Kelis is not a fan.

ABC NEWS: How does it make sense that Shakira should serve over eight years in prison for alleged tax fraud over a question of whether she lived a little too long each year in Spain, and therefore owes the country money?

YOUTUBE: Out of the blue, Will Smith delivers a five-minute emotional apology and postmortem on the Chris Rock incident:

JEZEBEL: SCOTUS Justice Alito went overseas to riff on the fact that he and his cohorts robbed countless women of autonomy over their own bodies in remarks widely seen as completely inappropriate for a sitting justice.

Of Boris, Alito quipped: "He paid the price." https://t.co/NPqalw0KA6 pic.twitter.com/xC0qguZ31n

VARIETY: Madonna on why she won't sell her music catalogue for like a billion bucks. The same piece, ostensibly about her longtime manager Guy Oseary, has some hints about her biopic — and my guess is it isn't happening anytime soon.