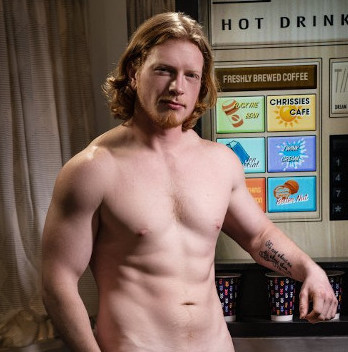 THE GUARDIAN: Rep Adam Schiff (D-California) demands to know why the U.S. has so few monkeypox vaccines over a month into what has become a runaway outbreak, largely among men who have sex with men.

THE GUARDIAN: Kudos to Sebastian for opening up about his monkeypox ordeal. But also, it's a little strange for him to end with:

... This whole thing just feels like a huge failure that should not have been allowed to happen, especially not two and half months into the outbreak. If someone like me, who has worked in sexual health for a long time, had such a hard time navigating care, I can’t imagine other people doing it.

... when he also says early in the piece that he knew monkeypox was an issue for gay men but had sex with several guys over Pride Weekend. I remember Pride. I was highly aware monkeypox was happening, everyone was talking about it warily. So part of the failure is also our own if we know there are risks go on. We have to place ourselves in that allowed to happen equation. That said, nobody deserves monkeypox, and nobody should have to advocate as hard as he did for basic care. Imagine having to wait as long as he did for any relief?

JOE.MY.GOD.: Rep. Matt Gaetz (R-Florida) said women who are pro-choice are too fat and ugly to get pregnant, let alone need the abortions they crave. Because we have never seen any fat and ugly Republican pro-life women, right? (I can't believe he said this — can they not pan the room to see even the right-wing women reacting to this?!)

POLITICO: In Maryland, Republican Larry Hogan — who has termed out as guv — will not support his party's nominee, Dan Cox, a Trumper whackadoodle, and may instead vote for the Democrat, Wes Moore. (Congrats to Moore on winning the very tough Democratic primary; I thought Perez had that one in the bag.)

TWITTER: Rep. Liz Cheney (R-Wyoming) is not backing down from going after all the Trumpers — she said on Sunday the January 6 Committee would happily contemplate a subpoena to get SCOTUS Justice Clarence Thomas's wife Ginni Thomas to appear before them if she doesn't do so voluntarily: