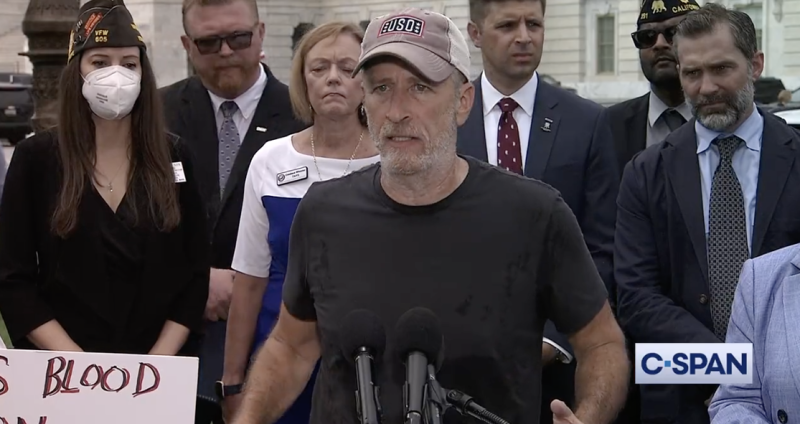 He could win office easily. (Image via video still)

Jon Stewart, who has worked hard to get the PACT Act passed (it provides health care for veterans exposed to toxins) — and it passed, 84-14! — and then the GOP tanked it yesterday when it came back for a one-sentence correction only because they don't want to hand Biden a win.

John Stewart with a lot things to say to the Republican scumbags that blocked the #PACTAct pic.twitter.com/7AP09a8grQ