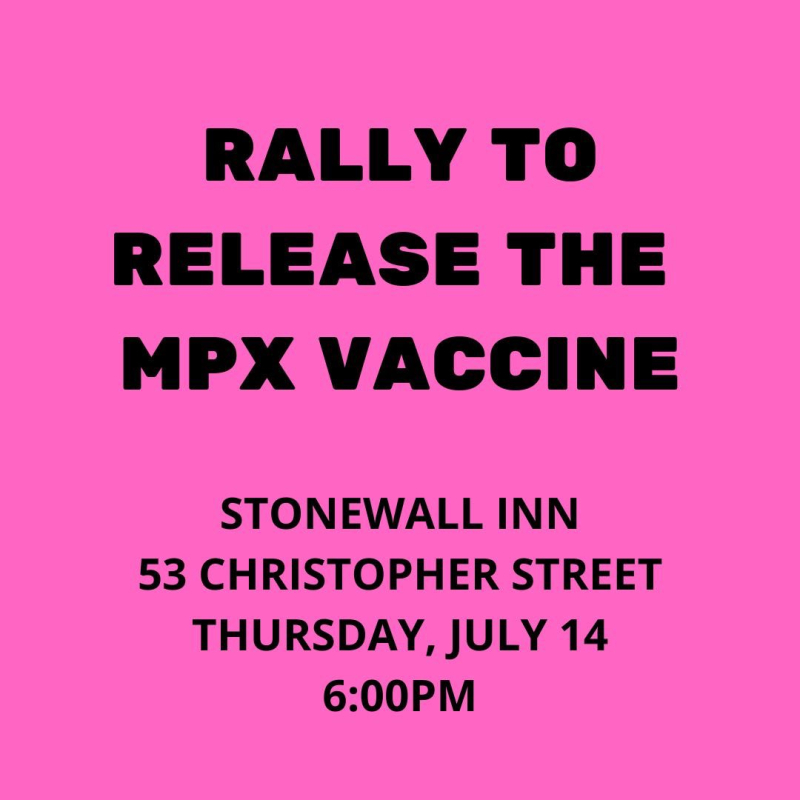 FACEBOOK: The release of monkeypox vaccines in NYC has been a joke, with impossible-to-use systems and wait times and disappearing appointments. So now, there will be a rally to release more vaccines. YOUTUBE: This Uvalde footage is nuts. At least 11 cops in body armor were in the school very quickly, but were still a'scared to stop the shooter. It took over an hour before these buffoons did shit, so don't tell me good guys with guns are effective.

And sicker than this, the fucking city council and mayor are speaking out against ... THE RELEASE of the video! White mayor, Latino community.

eat the rich popsicles for $10 pic.twitter.com/QSBwmmF8kl

I was in @cityofmiami and @citybeautiful Orlando at the end of June for roundtables with trans youth, trans adults and their families. It’s good to see the people of Florida agree with what I’ve been hearing. Science matters, and political attacks on trans people are unpopular. https://t.co/8ywnfshh3Y

MIAMI HERALD: Rachel L. Levine, Assistant Secretary for Health, writes about the need for gender-affirming care for trans youth. Her editorial kicks off with:

A new poll finds that 54% of Floridians support access to gender-affirming healthcare for minors when it’s recommended by their doctors or supported by their parents. Coming after so many political attacks and caricatures of what gender-affirming care really is and who receives it, this is a welcome sign that science and human compassion still have real power to shape our lives for the better.

Michael Lawson (Neil Patrick Harris) seems to have it all figured out. He’s a successful New York City real estate agent with a great career, a supportive family, close friends, and a loving relationship with his partner of 17 years, Colin (Tuc Watkins). But when Colin unexpectedly moves out on the eve of his 50th birthday, Michael is completely blindsided. Overnight, he has to confront two nightmares: losing the man he thought was his soulmate, and suddenly finding himself a single gay man in his mid-forties in New York City.
From Emmy Award-winning co-creators Darren Star and Jeffrey Richman, Uncoupled is a story about heartbreak, healing, and all the humor we find along the way. Also Staring Tisha Campbell, Brooks Ashmanskas, Emerson Brooks, and Marcia Gay Harden. Produced by MTV Entertainment Studios, Darren Star Productions, Jeffrey Richman Productions, and Jax Media.

TWITTER: Trump employs he could've scored a BJ off Musk.

YOUTUBE: Though January 6 Committee witness Stephen Ayres apologized to Officer Harry Dunn in person after his testimony, it was a bit presumptuous of several Twitter accounts to decide the handshake meant Dunn had accepted the apology.

In fact, Officer Dunn has not accepted any apology, nor should he feel pressure to: