Twitter, when you report a tweet, has an option for slurs against people for their sexual orientation ... and yet slurring people in line for a first monkeypox vax as fags and faggots is A-okay by the social media behemoth. 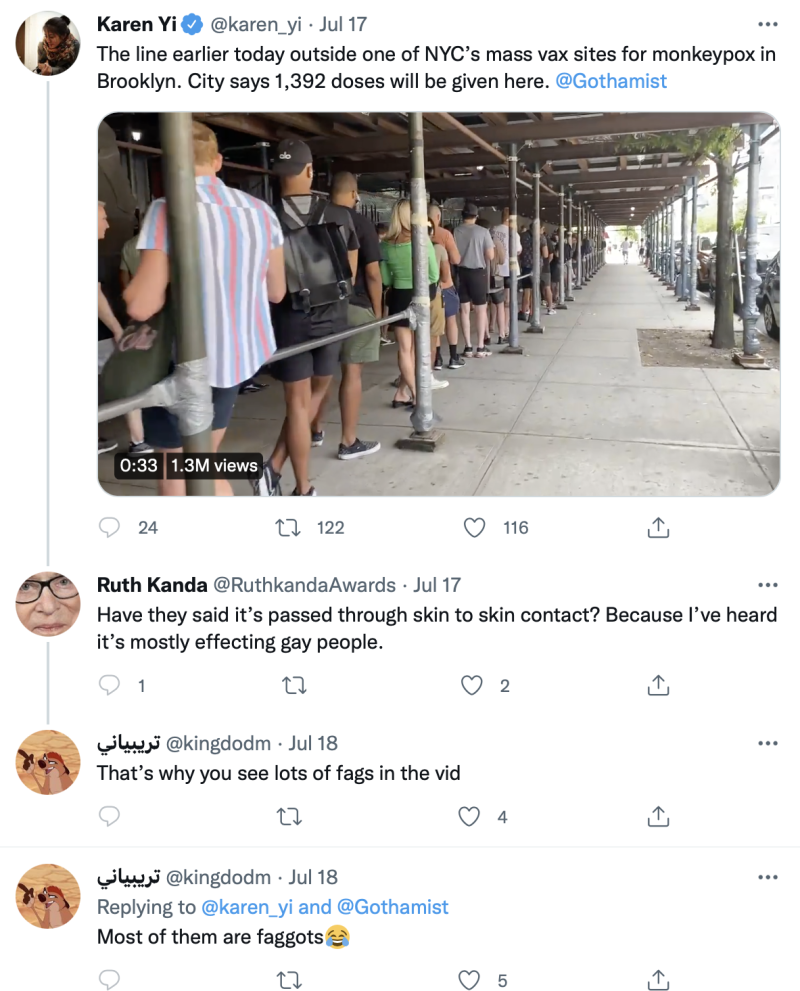 Ironically, come follow me there. Why? Because I'm fighting the good fight up until the translucent Elon Musk takes over, a situation he is currently trying to avoid.

This account blithely calling everyone getting monkeypox vaccines a gay slur — and @Twitter says it's cool. What's the point of having ANY rules about slurs when a blatant slur is allowed? pic.twitter.com/r7vCW1Vmx0

Maybe this is why Will wants to start a competitor:

I am going to start a #Gay version of Twitter.
Called "Snap!" pic.twitter.com/eiY8H7jK8L