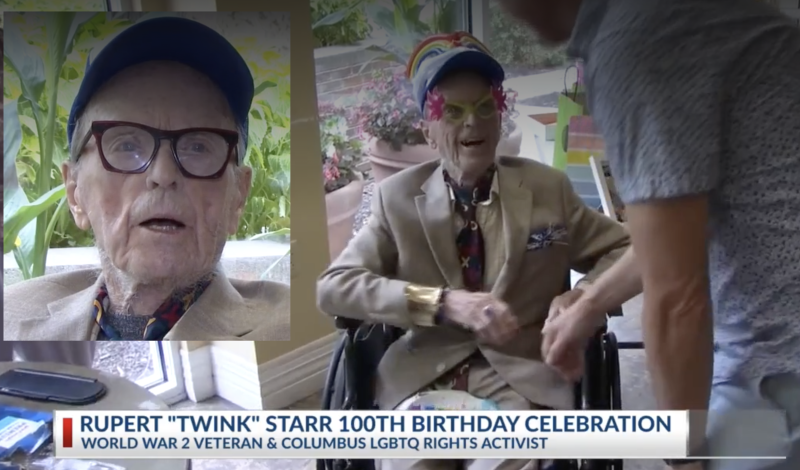 He fought for our rights — more than once! (Image via NBC4)

NBC4: Happy 100th to Twink Starr — a WWII hero who spoke up for gay rights in the Don't Ask, Don't Tell era. Inspirational:

I think it is outstanding, 100th birthday with all these friends. I’m so sorry I enjoyed this so much. I’d like to do this every year. Such a good group of friends, I can’t believe they’ve taken the time and the energy to come to wish me a happy birthday and sing happy birthday. It’s overwhelming.

QUEERTY: Dustin Lance Black in drink-throwing incident. I don't know. Team the woman who hit him back on this one so far.

NBC NEWS: Some of the absolute bullshit teachers in Florida are enduring under Don't Say Gay.

VULTURE: The Cringe King of TikTok ... really does not deserve that title, IMO.

HUFF POST: 18 Trump officials say his claim that he had a standing order to declassify documents is bullshit. 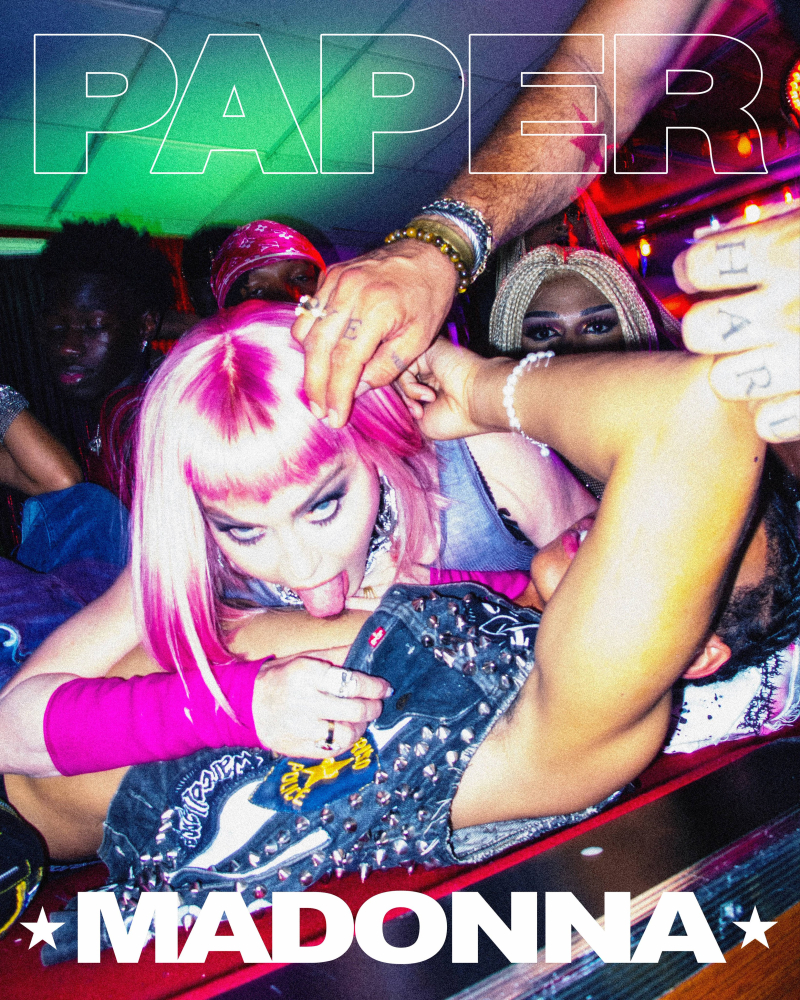 Aging gracefully is overrated. (Image by Ricardo Gomes for Paper)

PAPER: Madonna posed a few weeks ago in a wild party setting for Paper Magazine and then this week chatted with Patrik Sandberg and Nile Rodgers. It's fascinating because we see a juxtaposition — you see 64-year-old Mae West Madonna, who knows you're annoyed with her grill-seeking, thrill-seeking priorities, and you hear from the woman who crafted Like a Virgin with Rodgers against all odds. Love it.

P.S. I think the nipple she's licking belongs to Andrew Darnell, a 23-year-old skateboarder who just may be her latest special friend:

GREG IN HOLLYWOOD: John Stamos — over and over! 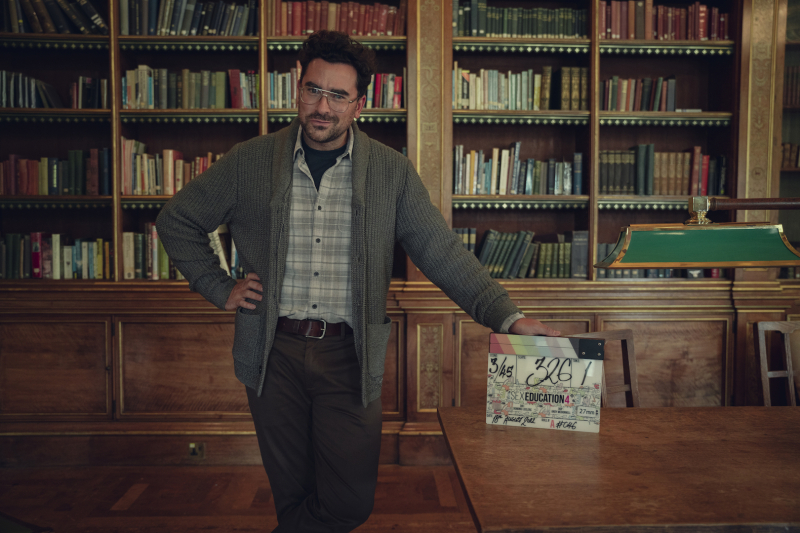 The doctor is in the house. (Image via Netflix)