ABOVE: He was also Madonna's material boy. Follows appreciated HERE.

BELOW: A letter to one's 5-year-old self, bodies sought 49 years after gay blaze, Lindsey in a tizz and more  ... 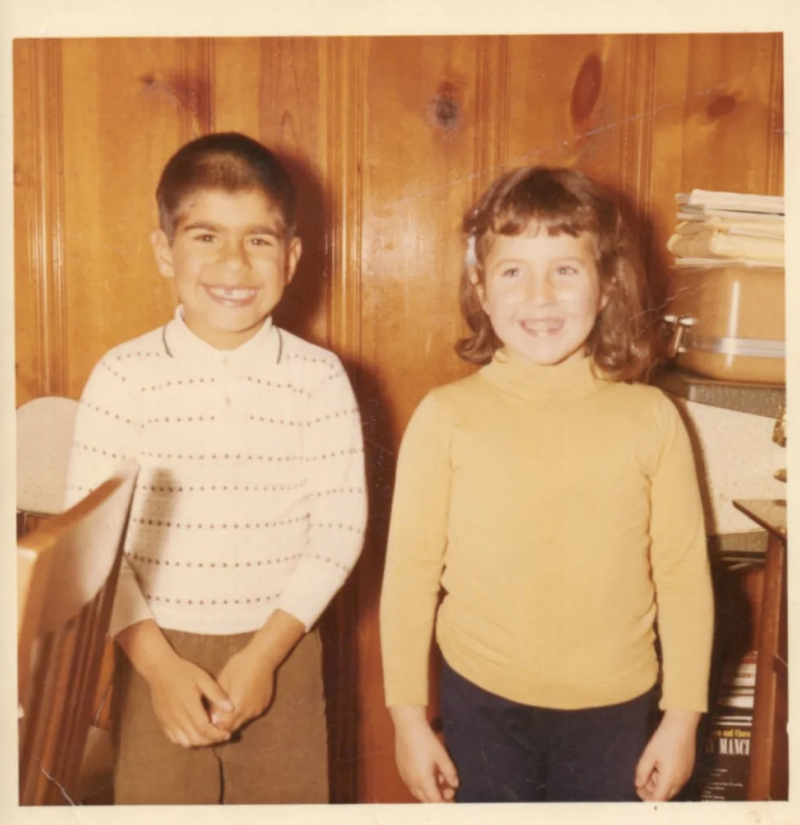 “It feels like everyone is against you. But they're not.” (Image via Jay Blotcher)

OLDSTER: Jay Blotcher, queer man of a certain age, writes a letter directly to his 5-year-old self. This is legal grooming. But seriously, very moving. Jesus, should I just move to Substack?

CBS NEWS: Forty-nine years later, New Orleans is searching for the hastily disposed-of remains of four men who died in the UpStairs Lounge fire, which claimed the lives 32. The gay bar went up like a tinder box, and the prevailing attitudes of the day meant the city cared little about the dead fags. In fact, one eyewitness recalled a fireman grumping, “Let 'em burn.” Of the four bodies being sought, three were never IDed.

The body of one man, a local pastor, remained on view for many hours after the fire. He had died wedged half-in, half-out of a barred window.

ABC NEWS: Looking like Brittney Griner could be freed in a 2-for-2 prisoner swap after all of Russia's performative B.S.

JOE.MY.GOD.: Is there hope for Val Demings in Florida?!

PEOPLE: Man v. Food star Adam Richman got a MRSA infection in his mustache — and nearly died. Take that, Kenneth.

NEW YORKER: Undelivered resignation letter from Gen. Mark Milley to Trump stated his fear Trump was doing great and irreparable harm to the republic. Trump reportedly wanted his generals to be as loyal as Nazis. Milley opted to stay and fight from within.

AXIOS: Trump has denied it, but there is now photo proof that he — or someone near him, but duh — used to destroy official White House documents and handwritten notes by trying to flush them down the toilet. (Which is illegal.)

THE GUARDIAN: Andy Bell of Erasure talks being out in the '80s, being HIV positive from the '90s and, of course, about the music:

With other pop stars at the time unwilling to come out, did it feel lonely? “It did,” he says, but of those who were out, “we had enough solidarity between us, it was enough for us. A lot was changing politically, [but] it was frustrating sometimes that there were so few. Thankfully, things change.” Bell thinks being out protected him in other ways, particularly from predatory older men in the music industry. “That’s the whole thing, it was all secret. Because I wasn’t a secret, they couldn’t come near me.”

PEOPLE: I feel bad for Anne Heche, who has mental instability and substance-abuse issues, but shed a tear for the lady who lost her home because of those problems.

She likes to watch. (GIF via GIPHY)