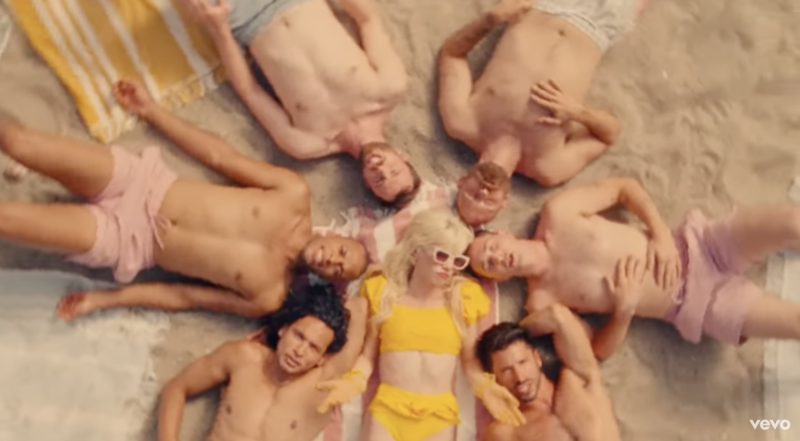 NYT: RIP Elana Dykewomon, who died August 7. I find it strange that a lesbian separatist with that name who lived exclusively among lesbians was said, by The New York Times, to have existed apart from her “fellow” lesbians.

HUFF POST: Rudy Giuliani is under criminal investigation in Georgia. This is sooo sweet.

POLITICO: Miss Lindsey Graham — COME ON DOWN! (To Atlanta. To testify. Immediately.)

TWITTER: Andrew Yang won't commit his Forward Party to ANY policy positions. He is completely a lightweight and was easily dispatched by Jim Acosta:

POLITICO: Is monkeypox slowing in NYC?

MORNING CONSULT: Why are gay and bi men only slightly more concerned about monkeypox than all adults in general? Guys, it's almost exclusively affecting us.

BILLBOARD: Women whose music has appeared most often on RuPaul's Drag Race.

GREG IN HOLLYWOOD: The Unsure Masseur, a short: