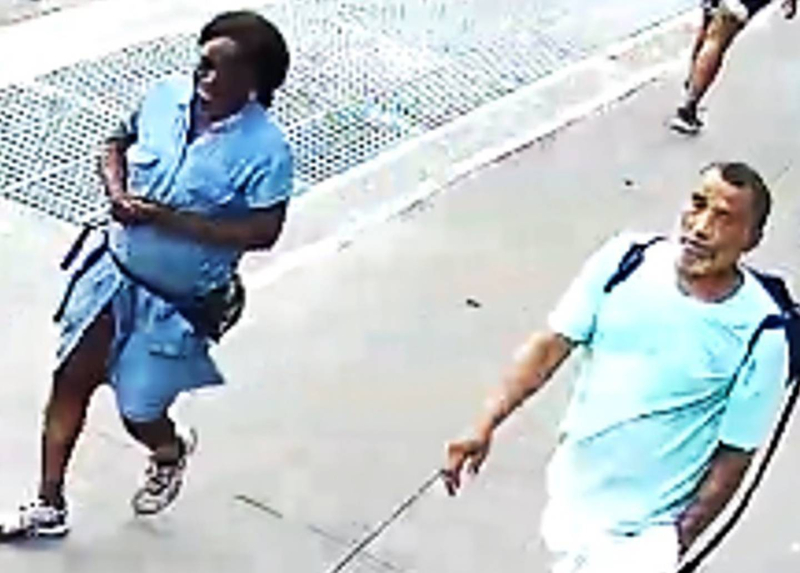 Let's find her. (Image via DCPI)

NBC NEWS: I don't like that NBC News frames this as being committed by someone who is “hangry.” That is so cutesy. A woman wearing a fannypack menaced a Smash Burger employee with a sharp object and hurled homophobic comments in NYC — that isn't cute.

HUFF POST: Someone thinks FPOTUS wants to burn the republic to the ground. (Who DOESN'T think this?)

HUSTLE: “What Happens When Your Brand Is Co-Opted by Extremists?”

I was a Lesbian Dance Theory scholar. pic.twitter.com/l5eVrq9ps6

Wow- to think she had to write this down. And this 65 year old lesbian has never heard of lesbian dance theory, but maybe it’s a thing😱😱😱
Lauren- you are grasping at straws darling. And I am really glad you are straight😱😱😱 https://t.co/SBW2XtRaZ8

Comedian Aries Spears responds to the backlash he is receiving after mocking Lizzo’s weight and looks pic.twitter.com/nRjm3qZ6aa