ABOVE: Complaints of queerbaiting are ridiculous. I always remember the first time I heard a passionate attack of a star for queerbaiting, it was Chadwick Moore attacking Nick Jonas for having the temerity to speak up for LGBTQ rights at Stonewall. Then Moore became a far-right Republican. 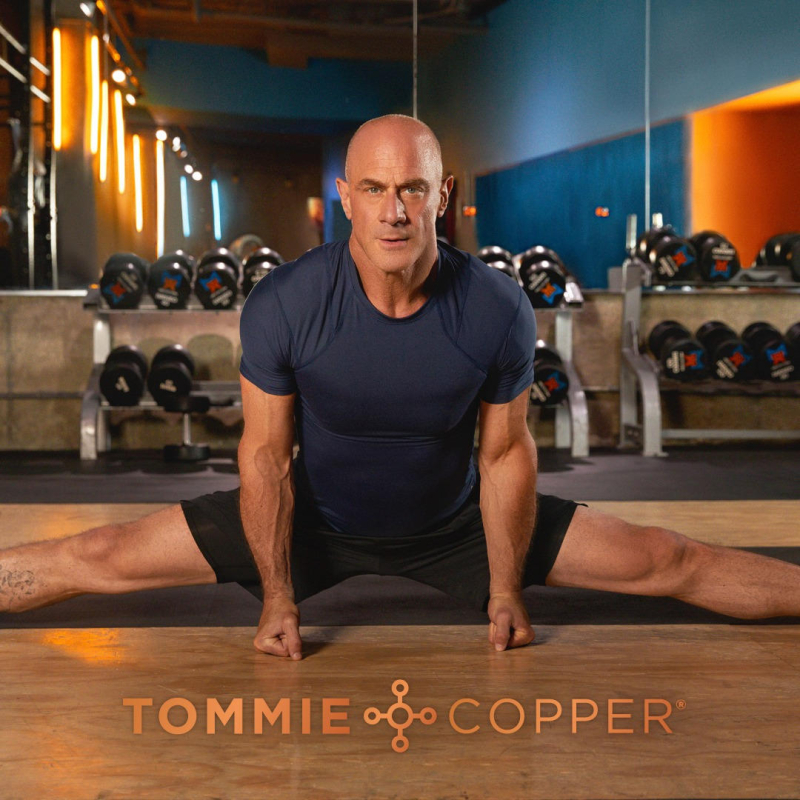 Spread the news about this brand. Taint kidding! (Image via Tommie Copper)

TOMMIE COPPER: It's an ad, but I'm not getting paid for it. I just think Chris Meloni is worth a post.

PAYPAL.ME/BOYCULTURE: Hey, so I am releasing an extensive update of my book Encyclopedia Madonnica. I'm submitting it to Amazon, etc., on September 15. For a limited time (unsure when I'll stop), I am selling copies directly. List is $90 paper, but you can get from me for $75 (includes shipping). Also, I'm selling a hardcover copy ONLY available from me for $125 (also includes shipping). The book is updated through 9/1/22 (!) and has almost 100 more pages, has new interviews with Liz Rosenberg and Susan Seidelman (and others) and features a never-seen 1984 studio photo on the cover. All purchases (it makes a fun gift) are appreciated. COVER REVEAL 9/15/22.

GUARDIAN: The first U.S. death from monkeypox has been recorded. It was a man with a severely compromised immune system. Poor man — excruciating way to die.

GAY TIMES: Sri Lanka on a path to decriminalize homosexuality.

GUARDIAN: Sen. Lindsey Graham (R-South Carolina) — incredibly — plans to introduce a nationwide ban on what he calls late-term abortions, any performed after 15 weeks, and wants the Senate to vote on this. All this will do is underscore how anti-choice Republicans are, mere weeks before the highly consequential midterms. It's baffling. Perhaps he believes some Rs could vote against to help themselves, but it doesn't appear to be the reasoning.

TWITTER: A far-right newswoman said — to Giuliani's face — that there is credence to people claiming that 9/11 was an inside job. And he went along with it, based on the fact that he feels persecuted by the government.

TWITTER: I don't feel comfortable having ANYONE in government who is EXCITED to die soon:

There’s nothing quite like a leader telling their followers “You’re all gonna die. But it’s great.”#TheyAreInsane
pic.twitter.com/QGZcw9gXxH

EXTRATV: Full-ish list of Emmy winners. I'm sad for Barry, which is amazing, but happy for Sheryl Lee Ralph, Mike White, Jennifer Coolidge, Julia Garner and most of the other big winners.