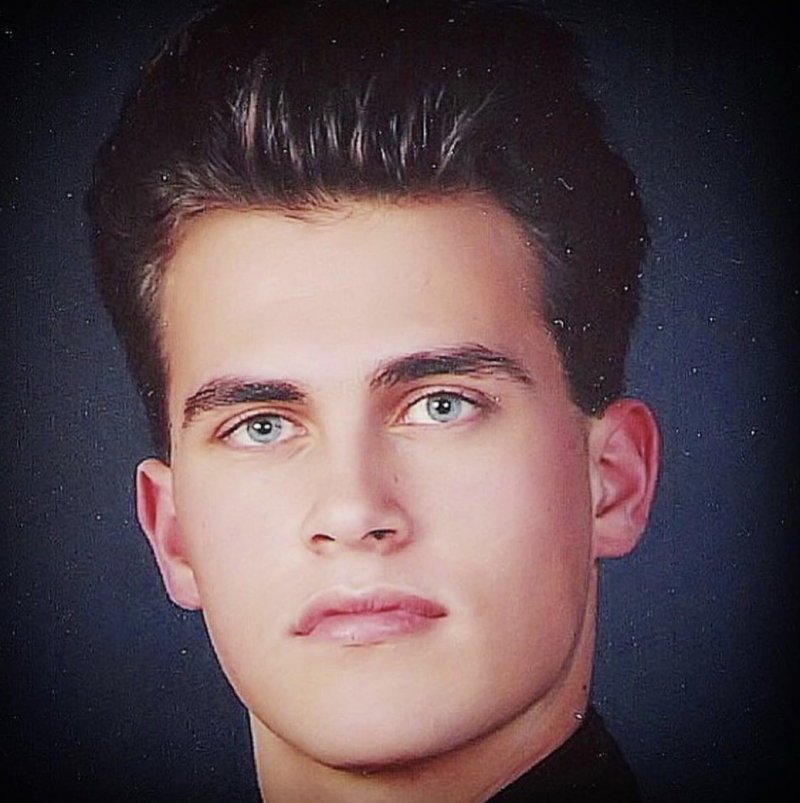 Imperfect lives hide behind even perfect faces. Cheyenne at 17. (Image via Cheyenne Jackson)

THEM: Former YouTube sensation Charlie McDonnell has returned to the public eye to announce she's trans.

DEADLINE: Lillias White reprimanded an audience member at Hadestown for recording the show ... when she was actually just using a hearing device.

BOY CULTURE: The Village, a Disco Musical! has extended its run here in NYC at Dixon Place through October 21!

SOCIALITE LIFE: Add Chris Colfer's name to the list of Glee cast members who hate Lea Michele. Meanwhile, Discovery+ is planning a salacious series about the behind-the-scenes issues on Glee.

GUARDIAN: For all intents and purposes, Speaker Pelosi was POTUS on January 6. And seeing her say she wants to slug Trump is so satisfying and real:

TWITTER: Satisfying, newly released footage of Roger Stone LOSING IT after finding out Trump would not pardon him a second time. In it, he refers to Jared Kushner's 70 I.Q. and calls Ivanka Trump an “abortionist bitch”:

CBS NEWS: Gen Z climate activists vandalized a Van Gogh because ... oil is bad. Fuck this trash. The painting was fine, it was under glass, but it repulses me to see them do it.

TWITTER: Sen. Ron Johnson (R-Wisconsin) has no idea how to be a human being:

Moderators closed tonight's Wisconsin Senate debate by asking each candidate to say something they find admirable about the other.

Johnson said Barnes is "against America."

NYT: Has anyone in Hollywood history ever been as self-effacing as Angela Lansbury?

MSN: Denis Molla of Minnesota is a MAGA supporter who claimed his camper was burned to the ground by — who else? — antifa. Now, he admits it was all made up for insurance ($300K!) and GoFundMe ($17.8K!) money. His attorney is praising Molla for being ever-so-sorry about his little mistake. Along with paying it all back, Molla could get 3-4 years in prison ... but the judge has discretion.