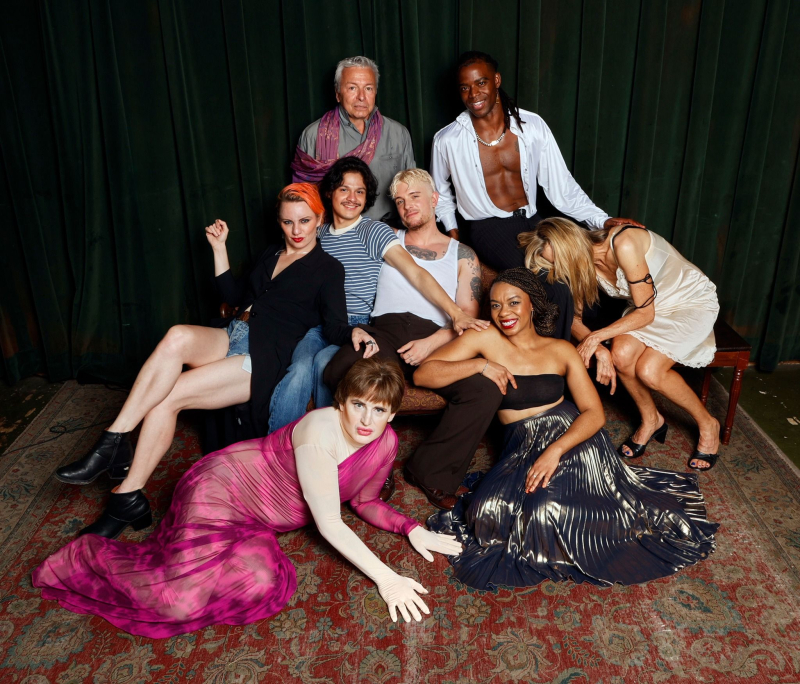 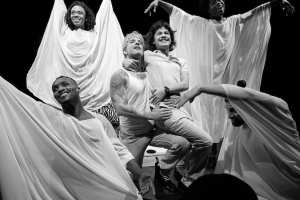 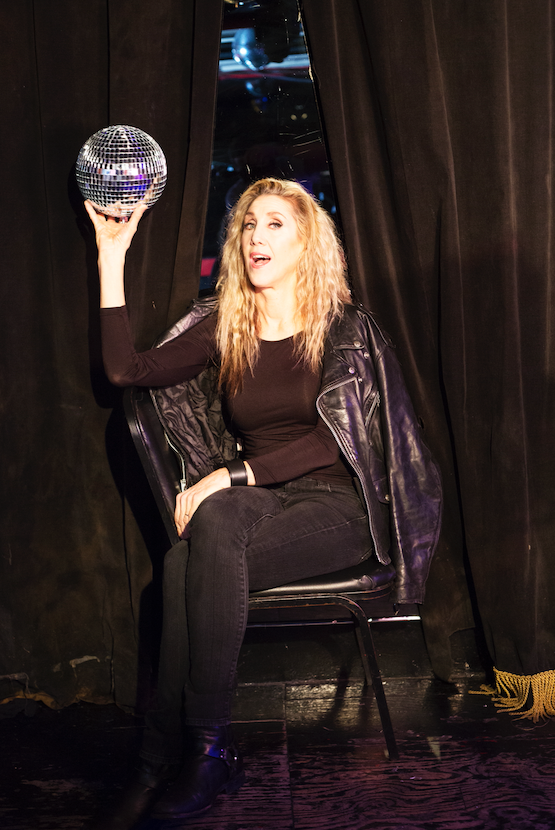 Burns, this. (Image by Jason Rodgers)

The one-act offers a series of robustly performed rom-com vignettes punctuated by disco breaks with unexpectedly serious movement (thanks to choreographer Robin Carrigan) and sometimes hysterically funny song selections. Perhaps the standout for me was when Trade's hag Lisa (Ashley Chavonne) physically scrolls through a laundry list of disco moves, prompted by the word “ass.” Chavonne's line readings as a borderline nerd are a riot, never more so than when she admits she can't compete with “cock.”

Another stand-out is Eileen Dover as sardonic drag queen Petey. Looking like Patti LuPone and channeling Bea Arthur, her one-liners mostly kill, and it was through her sarcasm I became attuned to the show's cheeky, fourth-wall-be-damned commentary on whether the old NYC really was better, or whether we just think it was.

This is where The Village, A Disco Musical! most surprises — 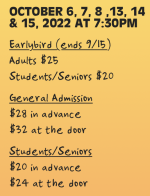 Burns imbues it with humor far more delightfully savage than I was prepared for (Burns herself appears in a small but pivotal and wildly un-PC role that I refuse to spoil, it is so visually genius). The musical's insight is pretty incredible for one so short, and for one this long on laughs.

A final scene really makes you squirm before warming things back up, but this is a show that absolutely understands how to poke an audience in the ribs after tickling them, still managing to send us home with something to think about.

The Village, a Disco Musical! runs tonight, tomorrow and Thu-Fri-Sat of next weekend. Tickets and more info are here. See it if you ever uttered the phrase “you could never say that today” — or if you ever cringed when somebody else uttered it.