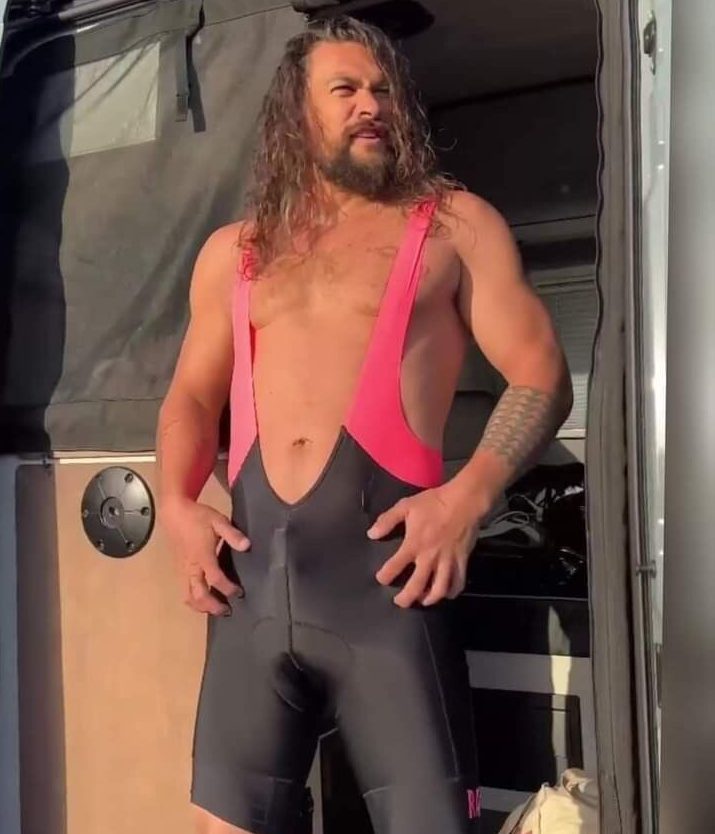 Let me enjoy the disinformation! (Image via video still)

OMG.BLOG!: Oldie but a (fake) woodie! 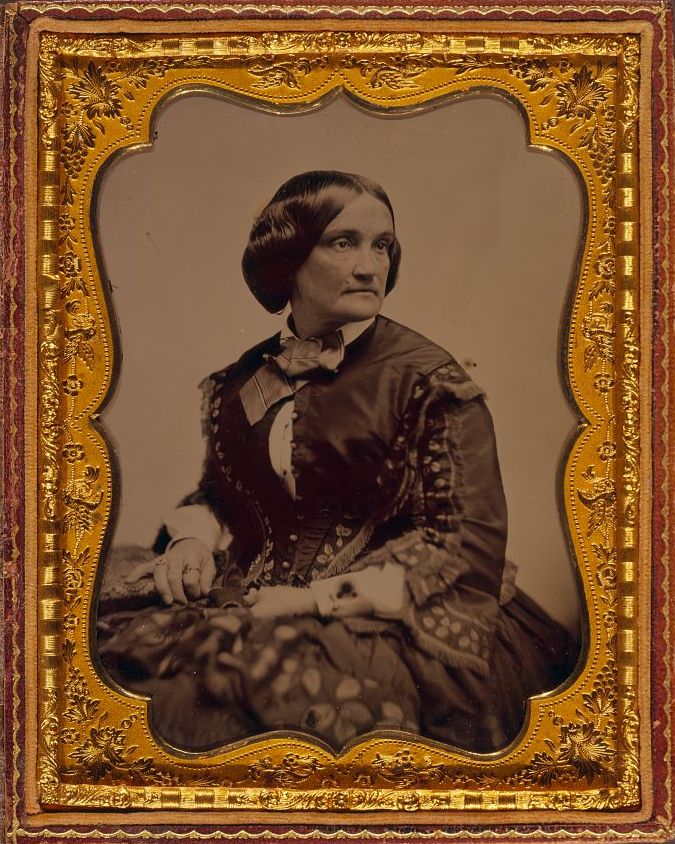 Cushman had a 40-year career, dying of breast cancer at just 59. (Image via WikiCommons)

SMITHSONIAN: Charlotte Cushman is described as America's first-ever celeb, an actor so famed for male and female roles she was known simply as Our Charlotte. She was also known to have affairs and flings with women, which might explain why she has been deliberately forgotten by history. A display of some of her costumes is kicking up her memory once more.

MARCA: Shakira has thought better of her support of the Qatar 2022 World Cup amid outrage over the country's anti-gay laws. 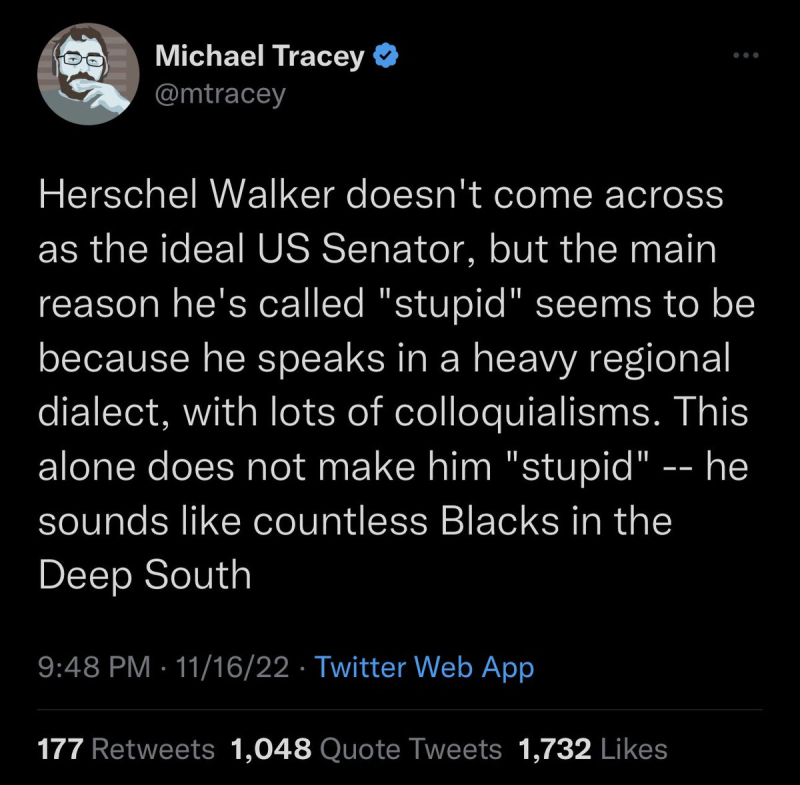 YEAH, this defense of Walker's intellect isn't racist AT ALL, Michael Tracey. (Image via Twitter)

TWITTER: I hesitated to post this, thinking it was possibly fake. Twenty-four hours later, it would appear this is real — Herschel Walker giving a long, long, long, long speech about the original Fright Night as a way of making a (lost) point about why people should vote for him. During the course of this WTF monologue, he exposed just how deeply, deeply stupid he is:

"I don't know if you know, vampires are cool people, are they not?" -- Herschel Walker's speeches are somehow even less coherent than his TV appearances. Like, what it this. pic.twitter.com/nl0UmtKa26

HUFF POST: One less Republican in Georgia politics — Georgia House Speaker David Ralston died Wednesday at 68, months after he stepped down over health concerns. I hope to God it wasn't a vampire.

POLITICO: Dems lost the fucking House by an as-yet-undetermined razor-thin margin, thanks to aggressive gerrymandering in Florida and an incompetent redistricting in New York. But we just held on to this highly competitive seat in Maine. Fuck the GOP — when the relentlessly hound Bidn at the expense of getting shit done, they will sink further and further. It will only help the Democrats in 2024.

L.A. TIMES: Rep. Karen Bass has been declared the winner of the city's contentious mayoral race, besting Republican-turned-Democrat Rick Caruso after he poured $100M of his own cash into the race. I personally never saw his appeal, but he attracted Gwyneth Paltrow, Katy Perry, Scooter Braun, Chris Pratt, Kim Kardashian, Kris Jenner, Elon Musk, Snoop Dogg, Mario Lopez, Ted Sarandos (Netflix), Cenk Uygur (Young Turks) and Noah Centineo, and James Duke Mason actually worked for him. Just ... no. But a fake Dem is a Dem, so these people should be congratulating Bass and reaching out to work with her to help solve the problems they imagined Caruso could fix. They aren't.

PEOPLE: Jodie Sweetin, who has spent years of her life working with right-wing nut Candace Cameron Bure, showed support for JoJo Siwa's criticism of the Full House actress. These Christian bigots want it all ways — they want to explicitly call anything queer anti-Christian and nontraditional, but they want to claim they loooove alllll peopppple. Good for Jodie for going against her co-star.

NYT: Elon Musk fired SpaceX employees for speaking out against him, just like he's done at Twitter. His incompetence on Twitter has pushed one of the most valuable assets of communication to the brink of financial and operative insolvency, and you want to trust this guy to get you to space?!

GR8ERDAYS: One of Hollywood's most prominent Holocaust survivors, Hogan's Heroes star Robert Clary, has died at 96.

YOUTUBE: I had a ringside seat to a Q&A after a screening of Devotion, a new film about the first Black navy pilot that stars Jonathan Majors, Glen Powell, Thomas Sadoski and a Ryan Murphy-level coterie of attractive brunet men (Joe Jonas, Daren Kagasoff, Spencer Neville, Nick Hargrove). It's finely acted, including a must-see mirror scene that Majors nails. Director JD Dillard was also on the panel — watch it all here: