ABOVE: Look, I want the election to be over, too, but it's not. Some very big-deal races are uncalled. Might as well have a cute guy tell us this news.

BELOW: Keep reading for naked guys, the naked truth about the midterms and more ... He's gonna lose — by a nose. (Image via video still)

If you're a straight wrestler, this has to be the equivalent of a very bad day at work, or a nudge to reinvent yourself.

ATLANTIC: Meet Henry Gerber, who one writer proposes we see as the father of  the U.S. gay rights movement. Persuasive argument, since he launched a pro-gay org in 1925 and got arrested for it.

NYT: And it reads: #diditfirst!

TWITTER: The Senate Majority Leader of Pennsylvania is a model for how Democrats need to act going forward. We need slightly younger, much louder people who are not timid to flip the fuck out over important issues.

TWITTER: Chris Mowrey is a Gen Z voter and activist and he was NOT lyin' to you.

NBC NEWS: Election 2022 was mostly good news for Dems, but it wasn't all good news: a gay Republican defeated a gay Democrat, and it was in New York, epicenter of most of the bad House news (thanks to Cuomo). George Santos is a repulsive right-wing toad who parties at Mar-A-Lago and has January 6 ties. I'm guessing this will be his only two years in office, but New York voters dropping the ball has likely cost us control of the House ... something most Democrats didn't even realize was within reach:

As a lifelong Republican, I have never experienced discrimination in the Republican Party. I am an openly gay candidate. I am not shy.

BOING BOING: FOX's Jesse Watters is beside himself that there was no red wave and thinks single women need to get married and stop brainwashing our youth.

TWITTER: Some progressives are pearl-clutching and discussing slut-shaming over the following Lauren Boebert slam. I'm against slut-shaming. All I care is that this particular slut loses — which is still not a given (fewer than 100 votes separate the guy ready to replace her and Boebert, but remember that overseas, military and cured votes can be counted for days and days):

Democratic strategist Kurt Bardella on what Rep. Lauren Boebert (R) will do if she loses her tight race in Colorado:

“I guess it might be a gain for OnlyFans.” pic.twitter.com/2YwOoeJJVq

If you're rabid for Boebert news, this thread gives EXCELLENT local coverage of the excruciating count, why it's taking so long, what is remaining.

SALON: A new study finds that same-sex couples deal with stress better, and together, more so than straight couples.

EXTRATV: Seriously, what does Rihanna get out of elevating Johnny Depp? Regardless of what Amber Heard did, does he not come off as an also less-than-savory character?! 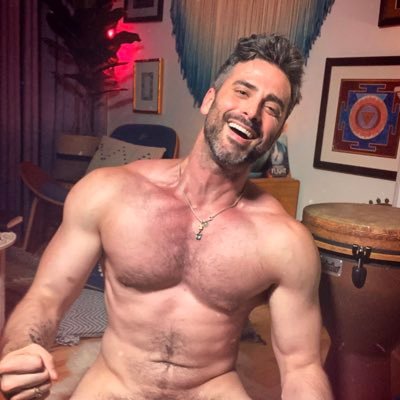