That boner was this season's rimjob. (GIF via GIPHY)

VARIETY: Will Sharpe opens up about The White Lotus, and those odd, masc, power-play pecks Theo James gives him — unscripted! 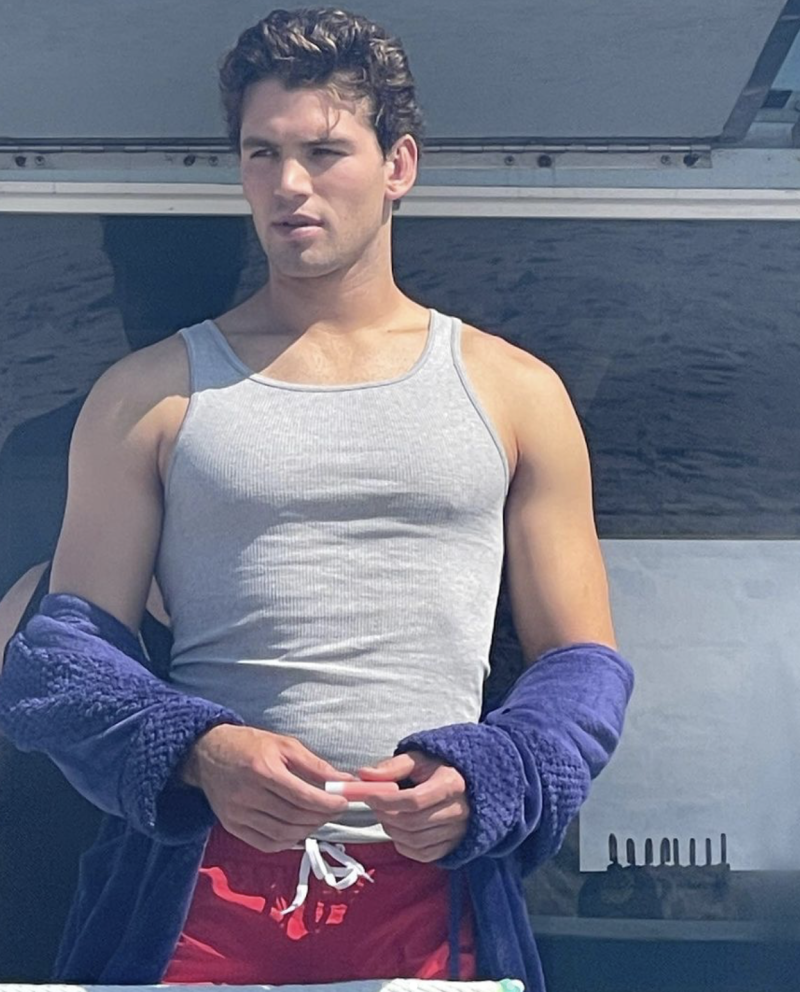 SOCIALITE LIFE: Now you know who Nick Fearnley is. 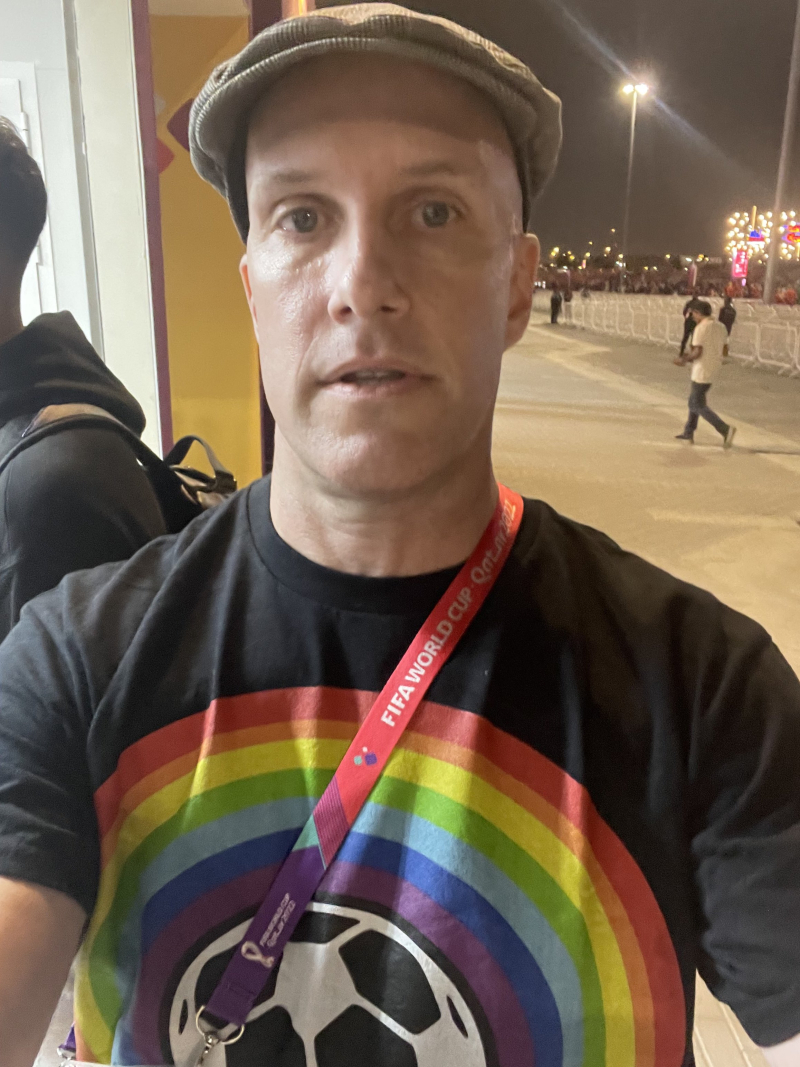 So much for the message of the opening ceremony — tolerance! (Image via Twitter)

TWITTER: Writer Grant Wahl was detained at the World Cup for daring to wear a rainbow shirt in Qatar. He was eventually escorted into the media center. It's a travesty the event is being held there. I'm sure plenty were paid off for that to happen, and of course stars like Maluma and Nicki Minaj and Morgan Freeman gladly took the cash, too. 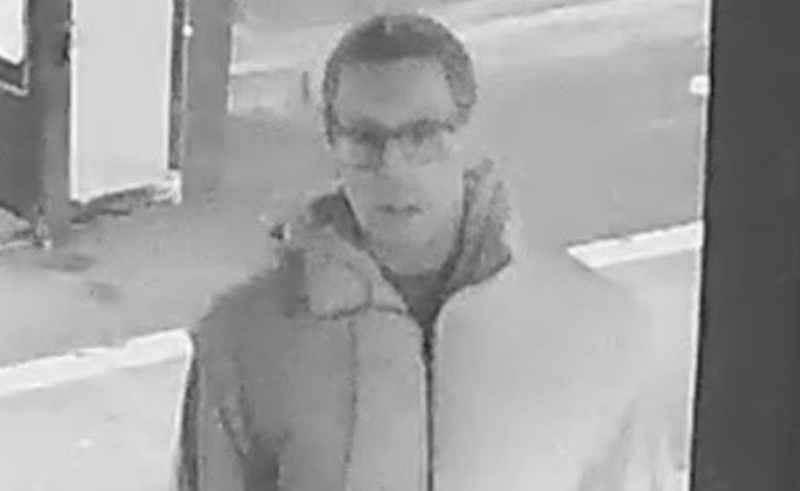 AUDACY: This guy was filmed tossing a brick at the gay bar Vers in NYC. Pretty good pic — recognize him?

TWITTER: Jesus — Herschel Walker, babbling buffoon, explicitly accuses Sen. Raphael Warnock of sexual and physical abuse of children — because this is all the right does, is fling pedophilia accusations. 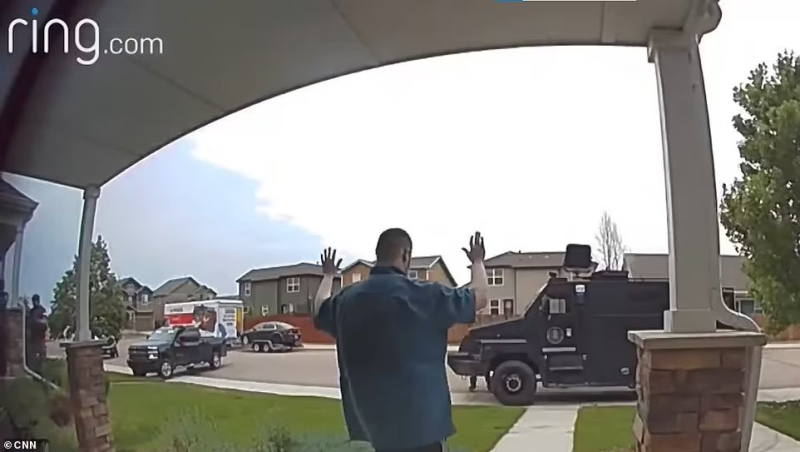 Aldrich with his hands up. If only he'd been killed back then. (Image via video still/CNN)

CNN: More information on Club Q shooting suspect Anderson Lee Aldrich. His previous run-in-with the law was over an alleged bomb threat against his mother. A S.W.A.T. team dealt with that, and yet ... his charges were not pursued?! There needs to be hell to pay over how that incident was swept under the rug. In fact, his record is mysteriously private — feels like someone pulled strings there. And in doing so, helped murder five people.

CNN: Gavin J. Smith, a gay rightie who worked for Trump, won't support him this time, writing in an op-ed that it is time for the GOP to move away from divisive rhetoric. Keep in mind, Gavin is a homocon, so LGBTQ rights is an issue that affects him personally. This is like when Nancy Reagan was suddenly way into stem-cell research — she had a husband with Alzheimer's, so of course she was. It's still interesting to see how many Trumpers converted seemingly overnight. And you know what? They'd still be on his team if he'd won in 2020, regardless of how far he would have gone down the path of divisiveness by now.

CBS MORNINGS: Jeremy Pope discusses his lead role in The Inspection, the story of a Black gay men in the DADT era. Here, Pope talks about the project:

I can't believe they shot this film, which has Oscar buzz, in 19 days. 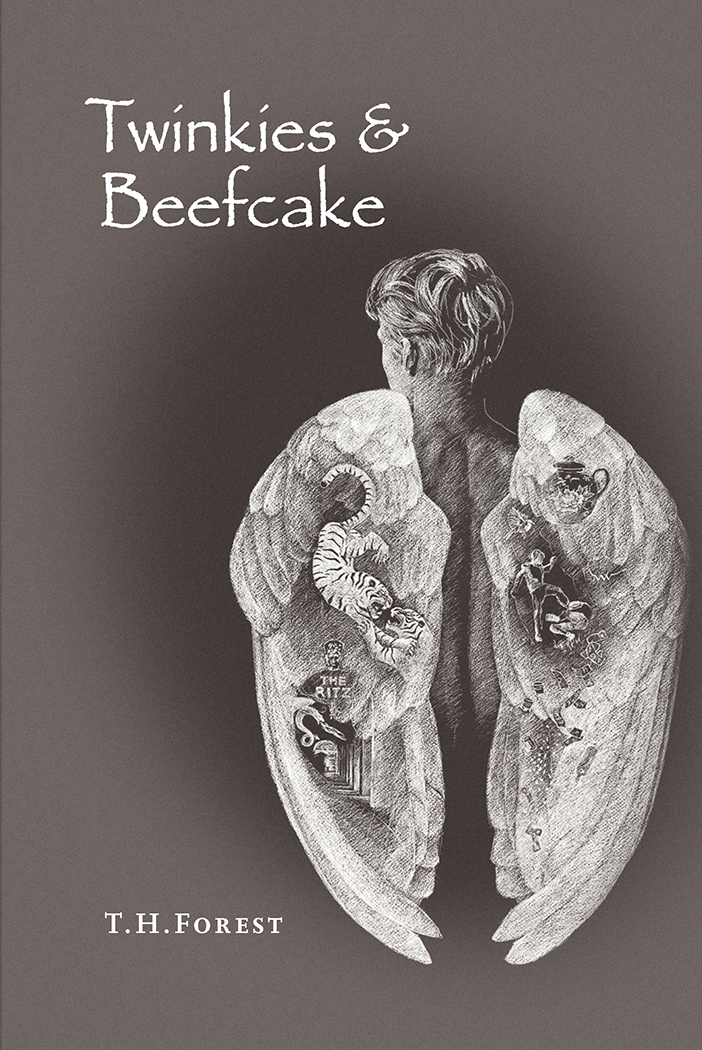 Judge it by its cover. (Image via Holdorf Press)