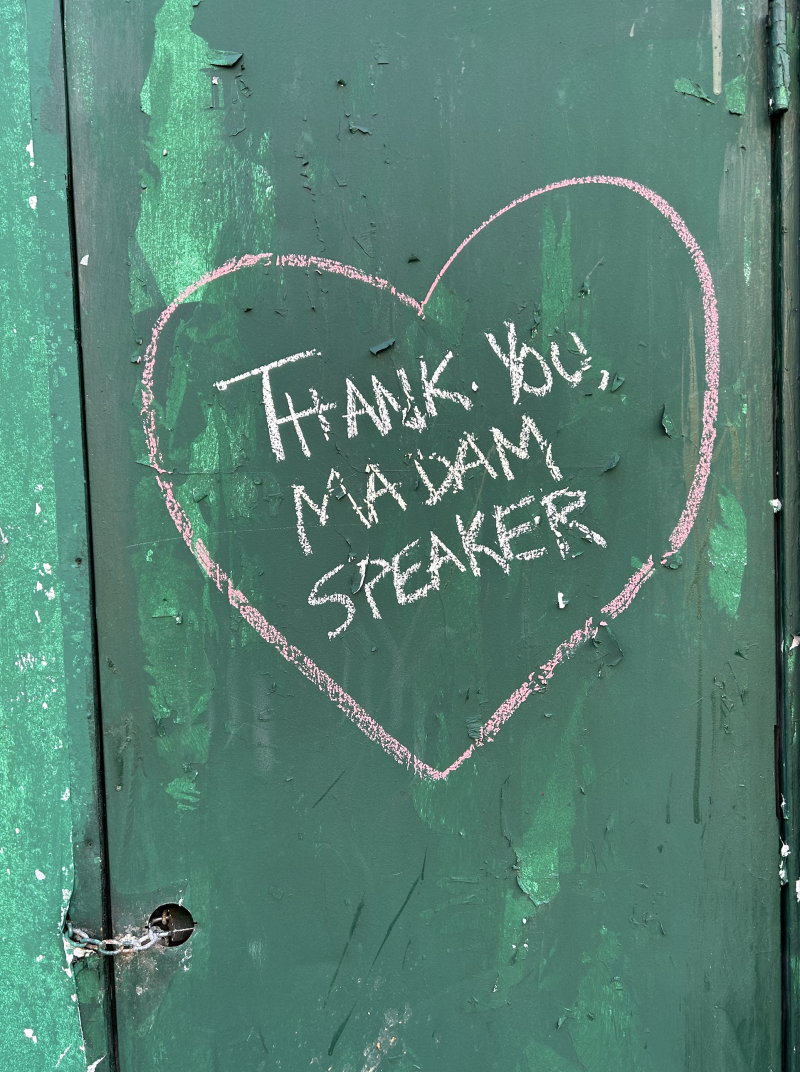 ABOVE: A fond farewell to Nancy Pelosi's leadership.

BELOW: Keep reading for Boebert's nail-biter of a win, Garland naming special counsel to decide if Trump will be indicted, Grindr goes public and more ... 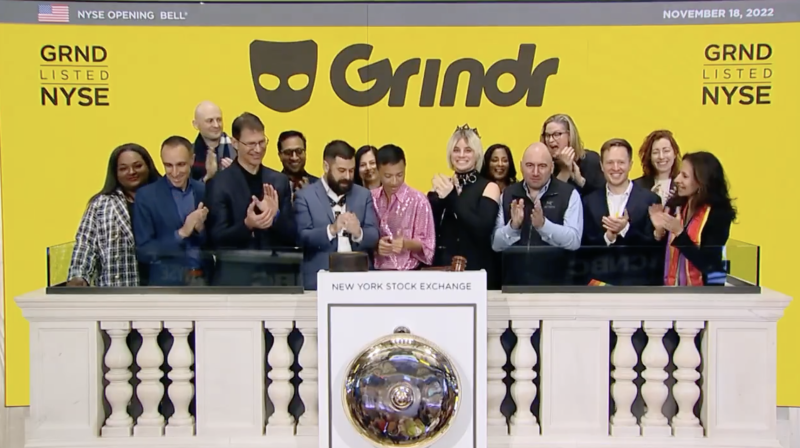 Possible to keep this discreet? (Image via video still)

NYT: Yoel Roth writes about what will/may become of Twitter, and the very real constraints under which Elon Musk must toil in order for the service to reflect his erratic, right-wing philosophies and its functionality and attractiveness to advertisers — and Apple:

So where will Twitter go from here? Some of the company’s decisions in the weeks and months to come, like the near-certainty of allowing Donald Trump’s account back on the service, will have an immediate, perceptible impact. But to truly understand the shape of Twitter going forward, I’d encourage looking not just at the choices the company makes but at how Mr. Musk makes them. Should it materialize, will the moderation council represent more than just the loudest, predominantly American voices complaining about censorship — including, critically, the approximately 80 percent of Twitter users who reside outside of the United States? Will the company continue to invest in features like Community Notes, which bring Twitter users into the work of platform governance? Will Mr. Musk’s tweets announcing policy changes become less frequent and abrupt?

TWITTER: AG Merrick Garland is wussing out and announcing a special counsel to decide if Trump should be indicted for ... take your pick:

Garland: Based on recent development, including the former president's announcement that he is a candidate for president in the next election, and the sitting president's stated intention to be a candidate… pic.twitter.com/832Zx4bWB3

NBC NEWS: The Inspection is a new drama about a gay, Black marine (Jeremy Pope) and his homophobic mom — Gabrielle Union is getting Oscar buzz for this one. 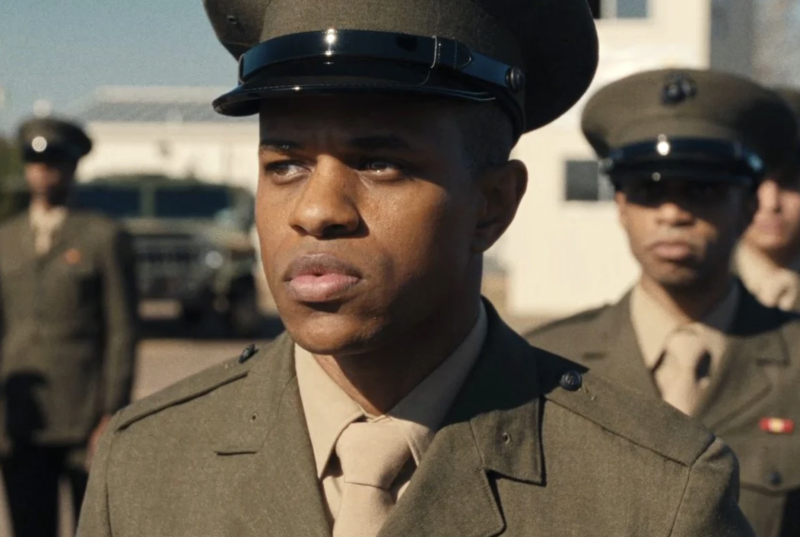 Elegance Bratton directs the film, based on personal experience. (Image via A24)

PLEASE SUB TO ME ON YOUTUBE HERE: From Thursday evening, Elizabeth Debicki — who is willowy and stunning in person — speaks at length about her much-ballyhooed portrayal of Princess Diana on Season 5 of The Crown:

PEOPLE: Brendan Fraser once credibly accused a former Golden Globes honcho of sexually assaulting him. Now that he has given what is being cited as one of the performances of the year, he has come out to say he would never attend the Globes again, even if (1) they do happen, and (2) he is nominated.

CRACKED: Andy Dick will spend 90 days behind bars, must register as a sex offender (for the first time?!) over an assault that took place four years go. Also ... Cracked exists!!!

PUEBLO CHIEFTAIN: Ugh, I'm sorry I learned so much about Pueblo, Colorado, only to now learn that Rep. Lauren Boebert (R), has won her nail-biter of an election ... by just over 500 votes. Though the margin is close enough for an automatic recount, her Democratic challenger, Adam Frisch, is conceding. He gave a speech saying people should spend their money in other ways, and demanding that Democrats pay attention to the rural vote going forward.

OFFICIAL SITE: Conversion — containing the stories of people who survived conversion therapy — had it premiere in NYC Thursday. Never heard of it? Check out its trailer:

BLONDE MEDICINE: A week from today, Black Friday, check out Maggie Faris's Tougher Than a Honey Bee — but only if you like to laugh. 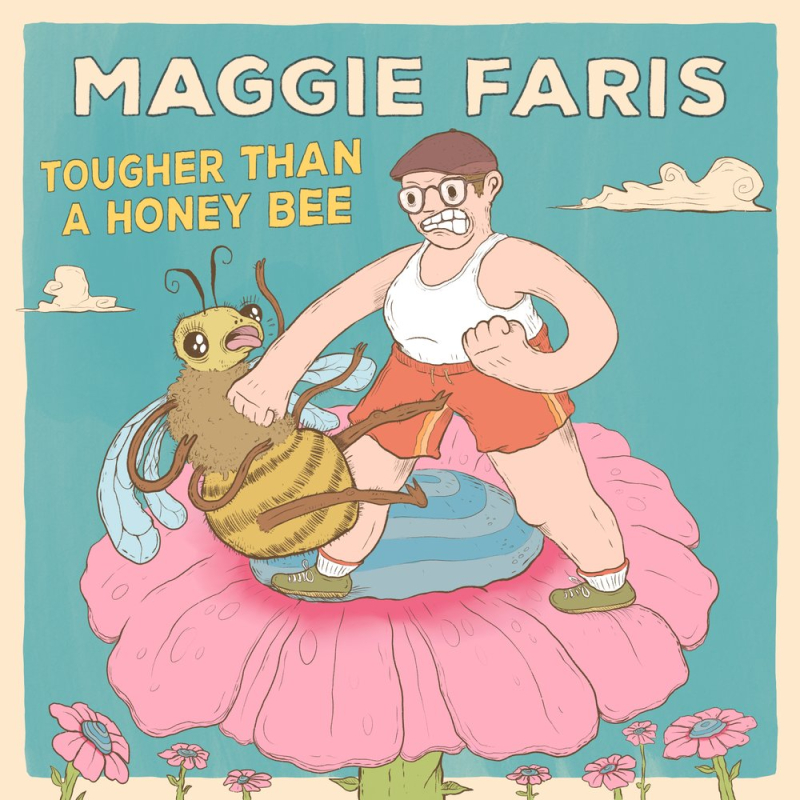