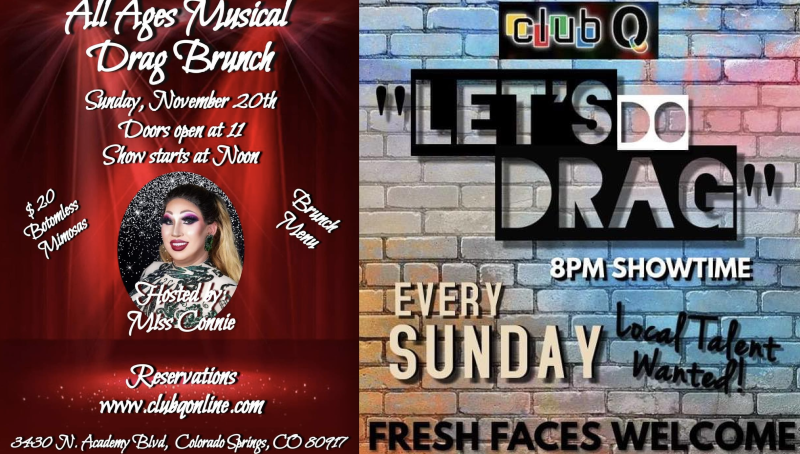 Let’s prep for a fantastic Sunday Funday!
Doors open at 11am for our noon ALL AGES DRAG BRUNCH!!! Join us for a fantastic drink special and even more amazing drag show!
Then stick around for an all stars cast of our freshest faces! We’re celebrating Transgender Day of Remembrance with a variety of gender identities and performance styles! Show starts at 8pm!
Just a senseless, senseless loss of life, and as the post notes, today is Transgender Day of Remembrance.
Meanwhile, Libs of TikTok — welcomed with open arms by Elon Musk — targeted another drag brunch and Colorado legislator HOURS AFTER this violence.