BELOW: Keep reading for a guy who really gets a grip, the youth vote, a gay winner and more ... 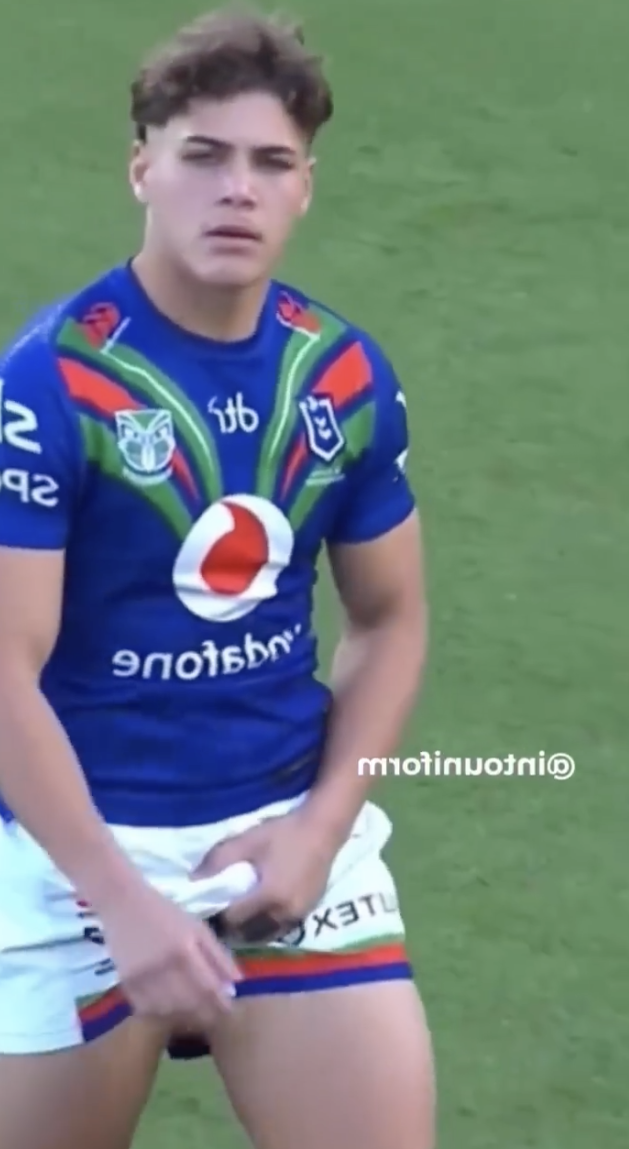 TWITTER: Only about 27% of 18-29-year-olds voted in the midterms, but they voted for Dems nearly 70% of the time. I'd like to see a state-by-state breakdown, but I am guessing the turnout was much, much higher in states with abortion measures and high-profile MAGAts to throttle.

If you think the @hornets putting "CLT" on their new City jerseys is a little out there, that's nothing compared to the old Christian Universal Ministry hoops team. (h/t @DJGloveRepair) pic.twitter.com/D71leDVJTz 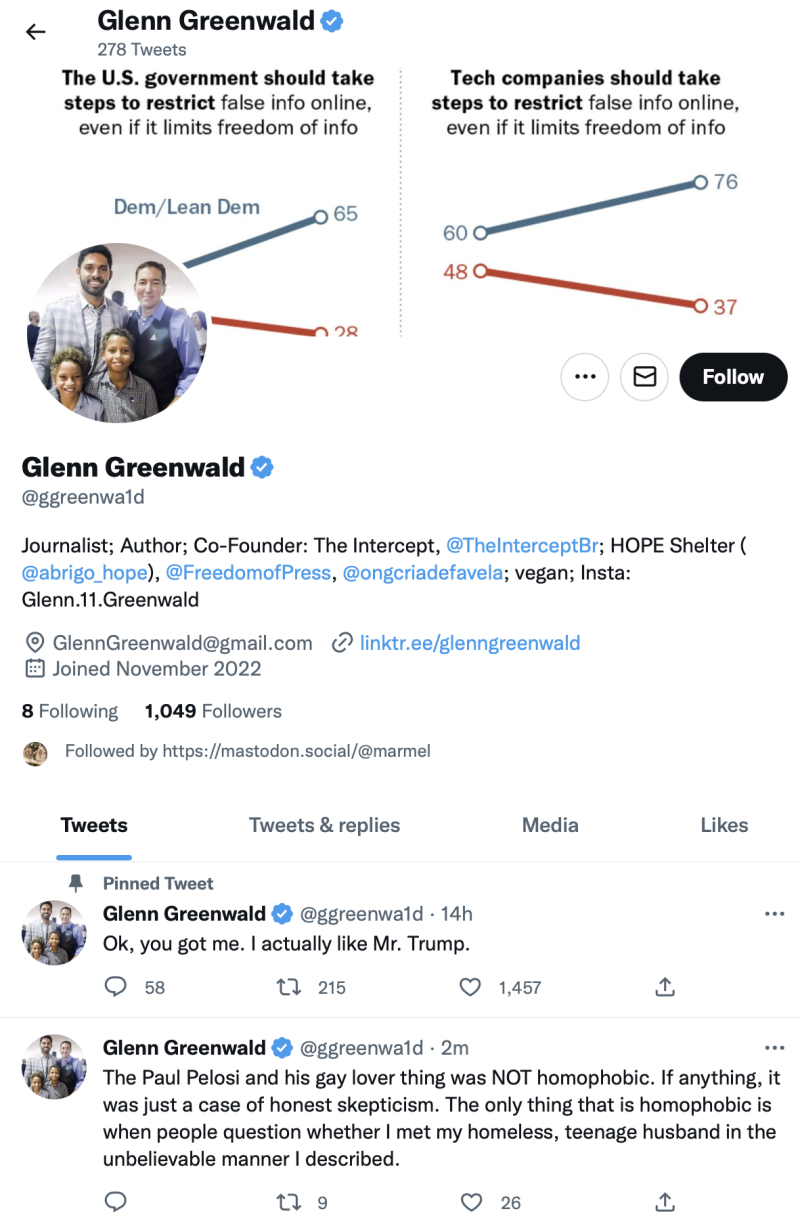 REUTERS: Elon Musk is so embarrassingly out of his depth he's on the verge of tanking Twitter entirely. Unless that was always the plan, like Peter Thiel destroying Gawker. He's already gotten rid of his $8 verification scheme, as impersonation accounts have flourished, contributing to a hellscape atmosphere.

TWITTER: Dave Wasserman, votes guru, is seemingly never wrong once he declares, I've seen enough. (He did call Boebert's race for her a bit early, but she is still going to win, so that doesn't mean he was wrong.) He has now called Arizona for Sen. Mark Kelly (happy Veterans Day!), as has The Tucson Sentinel. No AP call yet, as there are 100,000s of votes left, though most think they will trend blue or not enough red to make a dent in Kelly's very large lead. Katie Hobbs, the Democratic gubernatorial candidate in Arizona running against MAGA loon Kari Lake, is currently favored — but her lead is vastly less than Kelly's, so that race not only hasn't been called, it is generally acknowledged that Lake is still in contention. Fingers crossed.

HUFF POST: Tina Kotek won a tight race to become governor of Oregon, making her — along with Massachusetts' incoming guv Maura Healey — one of the two first out gay women elected governor in the U.S. She won her race by defeating a MAGA loon, and it was close only because a longtime Dem, Betsy Johnson, went Indie and tried to play spoiler. Nike's Phil Knight poured cash into Johnson's campaign in an effort to defeat Kotek, an unapologetically progressive candidate. Big business sucks.

COURIER JOURNAL: The white woman judge who signed the search warrant that led to Breonna Taylor's murder was defeated on Tuesday. By a Black woman candidate. Tracy Evette Davis sealed the deal, while Mary Shaw was not only sent packing — she's retiring from public service.

MSN: Trump — who many MAGA figures abruptly moved away from in the wake of a disastrous midterm performance by his candidates of choice — confessed to using the FBI and U.S. attorneys to help deliver Florida to Ron DeSantis the first time he was elected ... a potential crime.

Try not to be too crushed. (GIF via GIPHY)

POLITICO: Poor Brittney Griner is heading to a true hellhole. Biden thinks he can bring her home now that the midterms are over. The midterms were impactful already — Russia has abandoned hope in parts of Ukraine.

SOCIALITE LIFE: Aaron Carter was working on a memoir before his death. In it, he claims he and Hilary Duff lost their virginities to each other on her 13th birthday. Duff is livid and swatting down the goss. 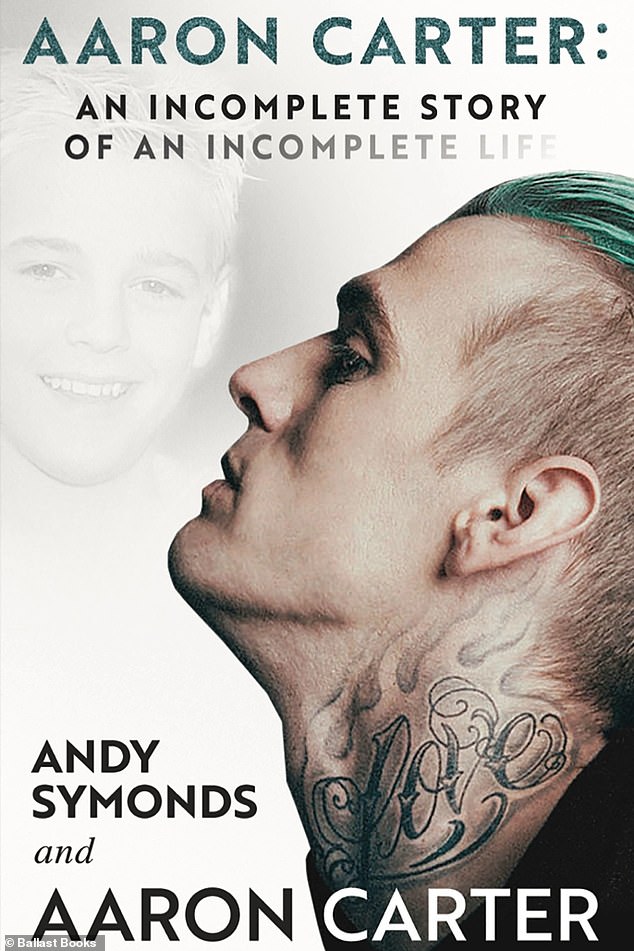 Was Aaron telling the truth when writing a memoir? (Image via Ballast Books)