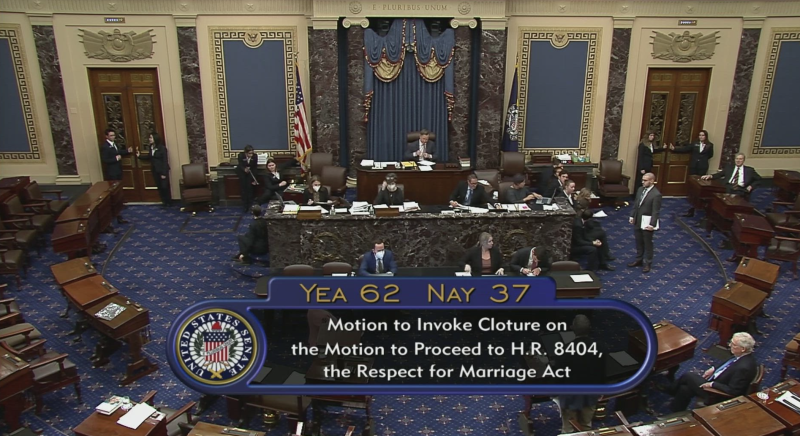 This vote was needed because everyone with a brain can divine that the Supreme Court will eventually chuck the decisions that allowed same-sex and probably even interracial marriage at some point, though the latter would probably set off a larger firestorm.