ABOVE: Alec Mapa has the right idea. 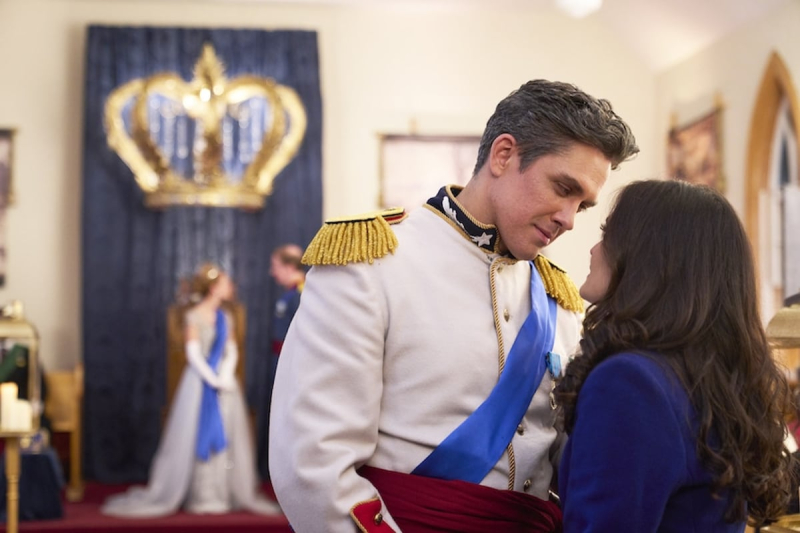 Bledsoe in The Winter Palace (Image via GAF)

TOO FAB: Actor Neal Bledsoe has had enough with Candace Cameron Bure's bigotry — he's walking away from the network, GAF, that she just joined, saying:

As an artist, I yearn to be proud of the work I create. But, the thought that my work could be used to deliberately discriminate against anyone horrifies and infuriates me. I hope GAF will change, but until everyone can be represented in their films with pride, my choice is clear. I look forward to working with creators who put no limits on the stories we tell and follow through on their message of values with open arms.

FAYETTEVILLE OBSERVER: Domestic terrorists shot up three power stations in order to prevent a family-friendly drag show from going on as planned in a small North Carolina county.

The local sheriff is a Christian jerk-off, so it's unlikely he'll investigate seriously. Luckily, the FBI is looking at it:

The FBI are investigating a shooting in North Carolina that caused a major power outage. pic.twitter.com/IFfXvqdRNV

Sen. John Kennedy is a completely ridiculous person. Get a load of this stuff. pic.twitter.com/zjQ3SxaECU

I WANNA DANCE WITH SOMEBODY EXPERIENCE NYC: What are you doing this Sunday?

Tell me how it goes! (Image via TriStar)