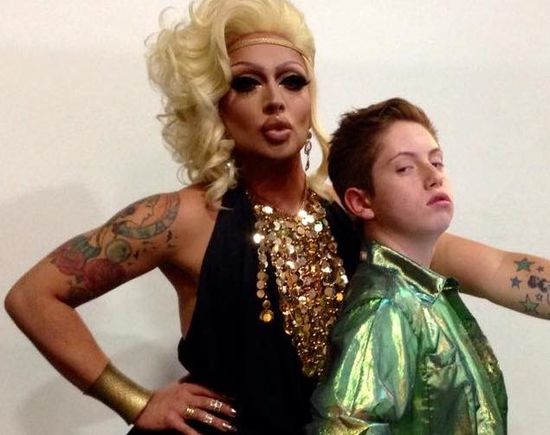 WTF?: Anti-gay airport attacker only eligible for slap on the wrist.

Matt Crane is proud of his “large, defined” legs.

The most jaded gays ever finally have an outlet.

The Marrying Kid: HOT Aaron Taylor-Johnson On NYLON GUYS & On Working With Wifey Comments (0)
Aaron Taylor-Johnson, starring in Godzilla, makes the cover of Nylon Guys (May 2014). The magazine, noting his marriage to much older artist/director Sam Taylor-Johnson (née Sam Taylor-Wood) and his status as Dad to her four kids, says he is “the rare father of four who isn't old enough to rent a car.” 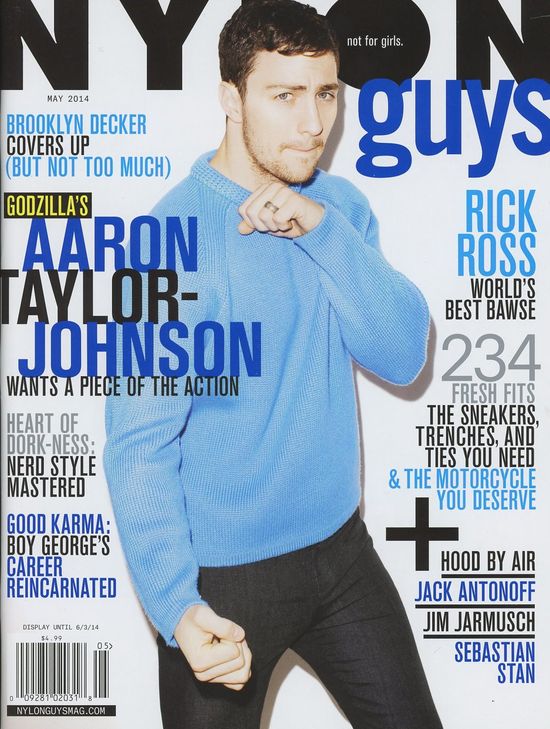 As attached as he is to his wife, whom he credits with ending his predilection for attempting to bed the fittest woman in every bar he entered, he wasn't keen on starring in the movie she's just directed—the big-screen adaptation of Fifty Shades of Grey:

“I think it would have been the wrong kind of hype to bring toward us. It would have been kind of funny that this character that all these women fancy—he's one in a million—and my wife picks her husband to play the part? I would love ot have done something together again, but it wouldn't have been Fifty. We were both on the same page.”

The couple previously worked together on 2009's Nowhere Boy, when Aaron was a teenager. 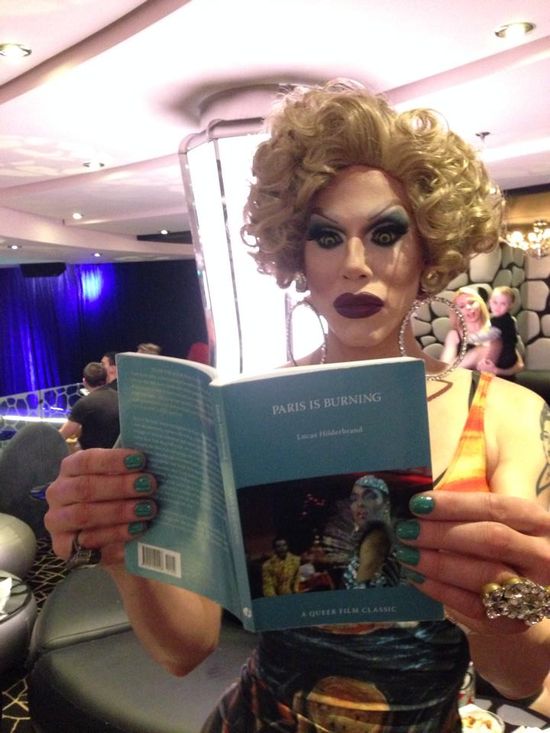 Sharon Needles, learning she isn't the first queen with a mummified body in her closet.

U.S. Airways shows disgruntled customer how to go eff herself. 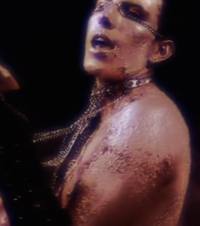 Sky Ferreira is such a tease!

YES to this Quinn Jaxon video, NO to this one.

Some bookstores are actually thriving. How???

Robin Roberts still defending being glass-closeted for so long.

That laptop is a lucky bitch. 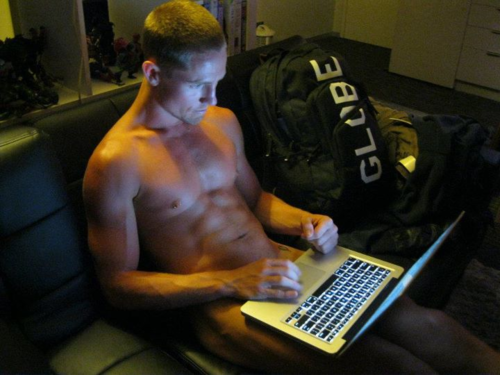 In Praise Of Older Women: Aaron Taylor-Johnson Covers MEN'S HEALTH Comments (0)
Men's Health (May 2014) sports Aaron Taylor-Johnson of Godzilla on its cover, promising to clue us in on how he built 15 pounds of muscle for the flick. I'll give you one guess how he really built it, and guess what? It isn't listed in the magazine. 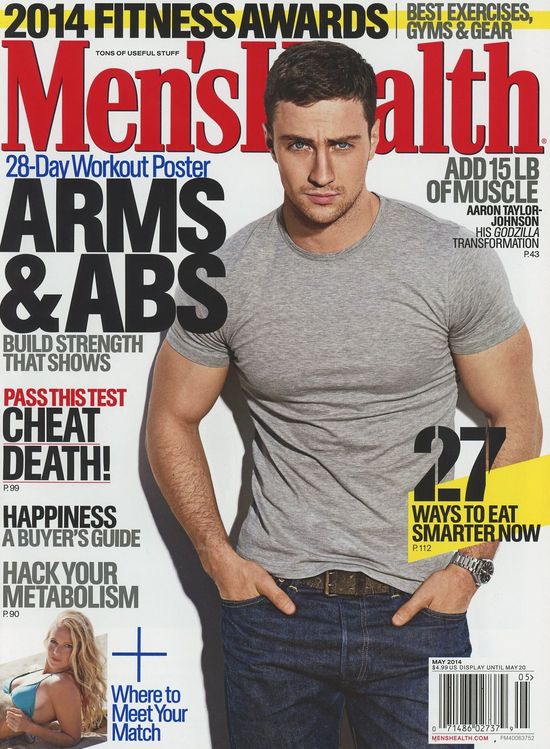 I hadn't realized Taylor-Johnson had pulled a Patrick Dempsey, marrying a filmmaker twice his age (Samantha Taylor-Johnson), with whom he is raising four kids, including two from her previous marriage. Of this family situation, he says the idea he should be sowing oats at Hollywood parties instead of being challenged by fatherhood and marriage is wrong-headed:

“That's bullshit. They're not challenges. People are like, 'Don't you have to work really hard?' And I'm like, 'If you think it's hard, you must be in a shit marriage.'...It's the way I like my life. I like it nonstop.”