Boy Culture was born on November 6, 2005, out of a desire to say something mean about a pushy journalist its
founder, editor and author Matthew Rettenmund, had encountered at a Blondie concert. Since then, Boy Culture
has grown to become an influential blog covering celebrity, gay issues, music, film, theater, beautiful men,
humor and politics. 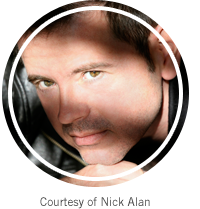 In a New York Times Book Review piece, Matthew was praised by writer Nick Hornby
(High Fidelity, About a Boy) for his debut novel Boy Culture (1995): "...Mr. Rettenmund's
little throw-away deconstructions of Madonna...and his run-through of current gay 'types'
are genuinely new. We need an observer like this, someone capable of analysis and interpretation, simply because what he is observing is constantly reinventing itself...
Matthew Rettenmund, with his sharp eye and his careful, knowing prose, sounds like one
of the freshest voices on the block."

Boy Culture was made into a 2007 film of the same name by Q. Allan Brocka that played
at Tribeca, Outfest, NewFest and many other film festivals around the world.

As the founder of the teen-entertainment magazine Popstar!, which he edited for nearly 14 years, Matthew was the first to cover future teen idols Zac Efron, Hilary Duff, Jessica Simpson, the Jonas Brothers and more.