Police in Sacramento detain a woman for drawing a rainbow on a sidewalk with chalk pic.twitter.com/XFjtRBlZa4

ABOVE: Cops are just assholes. I'm sorry, but they just are. There's no need for crap like this, yet they live for it. Chalking a sidewalk is vandalism?

BELOW: Keep reading for monkeypox, promiscuity, a dead judo king, why Kari Lake must be defeated and more ...

BELOW: Keep reading for even more butt, some alarming monkeypox news that will make you happy to look at pictures of butts, Trump condemned by Murdoch's rag and more ... 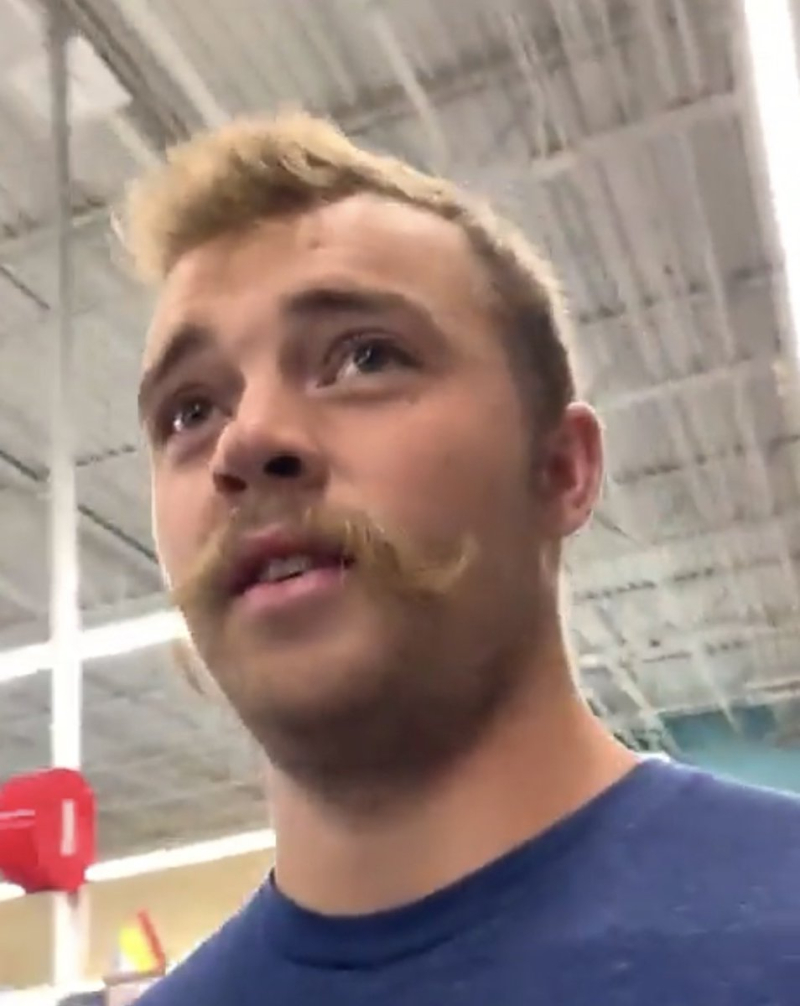 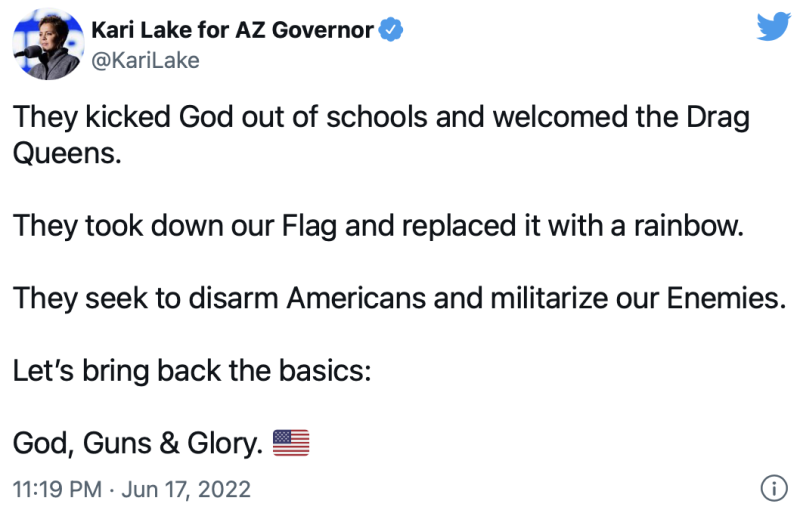 Kari Lake, a former Phoenix TV journalist, left her job in 2021 — and that's when she apparently decided to do a 180 politically, joining the NRA and coming out strongly as a pro-Trump, pro-Big Lie and (lately) anti-drag queen Republican.

She is running for governor of Arizona on one of the most right-wing platforms in the country.

Now that she has opened her mouth to demonize drag queens, claiming they're groomers who should be kept away from kids, her former friend Barbra Seville, a — spoiler alert — big ol' drag queen, is living up to her profession, and dragging Lake for her glib hypocrisy.

Seville posted at length about Lake's former affection for her and for drag:

I've performed for Kari's birthday, I've performed in her home (with children present,) and I've performed for her at some of the seediest bars in Phoenix.
She's come to my parties and has been asked to leave because door people thought she was too intoxicated to remain on premises.
Kari was a friend of mine, and I stood by her when she turned to the right. I reached out (and she responded repeatedly) when she took a public drubbing. It looks like she's recently blocked me on fb, but forgot to block her private page.

These photos are free for anyone to republish or reuse. 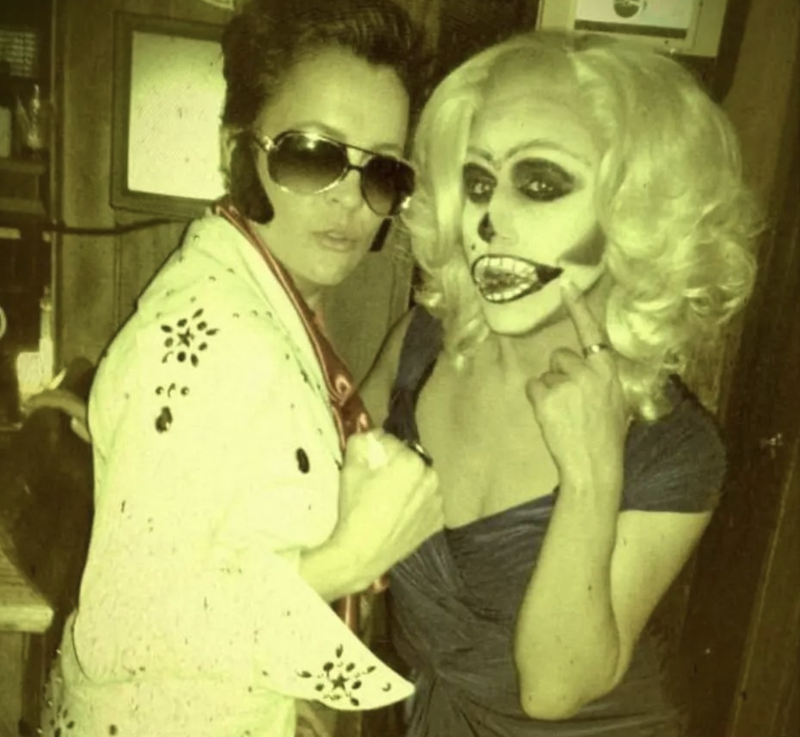 Only 10 years ago! (Image via Barbara Seville)

In the post, Lake herself appears in drag — as Elvis.

Even Miserable Meghan McCain is on board! (Image via Twitter)
Lake is not only a complete fraud, her logic now is ridiculous. She is defending herself by saying she isn't against drag, but is against children at drag shows because that's grooming. If every drag show is automatic grooming, then she should be against drag entirely — she's arguing that every drag performer is a frustrated child molester, so why is it okay to be friends with them and pay them to perform in your home and party with them, just because no kids are within their grasp?!

Kari Lake to Barbra Seville: “You are in my prayers. You are so loved. Sounds like you have your priorities straight. XO.”

It’s going to be hard for Lake to minimize her friendship. pic.twitter.com/IHhQNTHm89