BELOW: Keep reading for an adult baby on TV, more Saudi fallout, Elizabeth Warren vindicated (not that it will help), a book of rape jokes, Tab has gone missing, Nick Jonas's good deed and much, much more ...

Banksy is infamous for his pranks, and you've got to hand it to him — he has pulled off the most twisted and funniest yet: Immediately after the gavel went down on an iconic image of a li'l girl with a red balloon, a remote-controlled shredder inside the frame destroyed the image as onlookers gasped.

I'm wondering if the owner wants their money back, or if the shredded art and frame itsself are now worth even more.

Madonna serves jury duty in NYC, jury out on accusations of special treatment.

Here is a (Work Unfriendly) promo for P-Town's Bear Week.

Brandon Routh to play another superhero, this time on TV?

Football player comes out on the 4th of July.

Just a li'l peen-grab between buddies.

Some Nebraskans think Obama Presidential Library will be an outhouse.

The quirkiest homes of San Francisco. 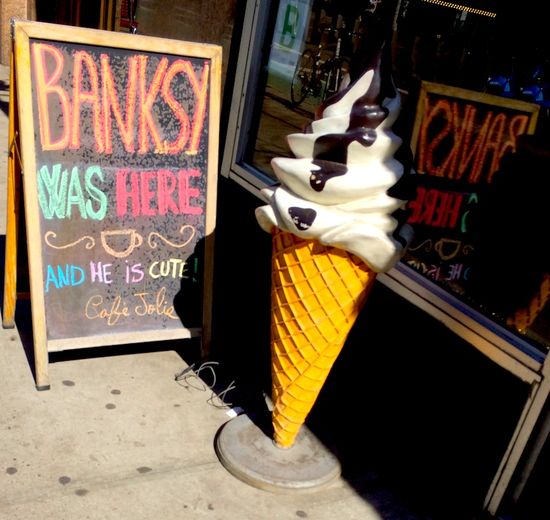