There He Is: A Review of The Fifth Annual Broadway Beauty Pageant Comments (10) 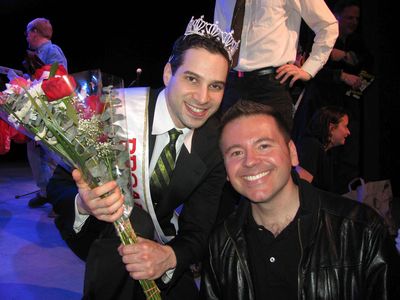 I hope my vote put Cusumano over the top! (Shoot, now I'm picturing him over a top...)

Last night, my buddy Jason arm-twisted me into going to the Fifth Annual Broadway Beauty Pageant, a benefit for the Ali Forney Center. The Center does excellent work with homeless LGBT kids and the pageant features five gorgeous chorus boys from some of Broadway's biggest, hottest and/or most controversial shows...why I wasn't first in line to begin with, I'll never know. 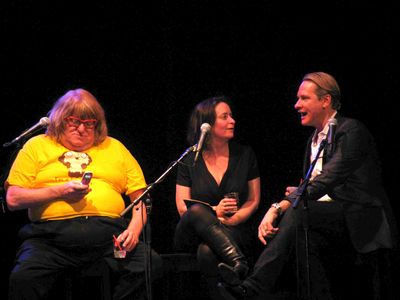 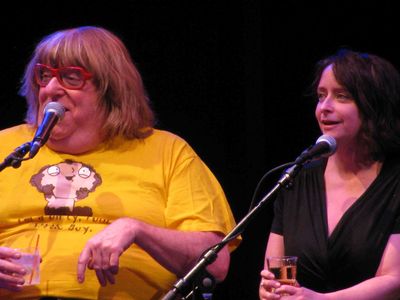 Held Uptown at Peter Norton Symphony Space, the show was directed by Ryan J. Davis with choreography by Erin Porvaznika. It was gamely hosted by 58-year-old acting icon Tovah Feldshuh, who looked terrific and was not above milking every double-entendre for all it was worth—and then some. She began by saying she'd just come from a Texas production of Arsenic & Old Lace and had been dying to get out of there. We were lucky to have her (and her 99-year-old mother!), and to have one of the wittiest men alive, James Franco's opinion notwithstanding—Bruce Vilanch—as head judge. (I imagine he'd feel qualified to judge head as well.)

New mommy Rachel Dratch was the next judge, and an expert at pretending to be a fish out of water around all the gay menz. I don't think she'd object to the word "fish" considering she barely flinched when Vilanch used "cooze"; it took him calling her a "straight cunt" to get her already giant blue eyes to widen, but that's what she got for making fun of one of his only lazy jokes. Finally, Carson Kressley rounded things out and was hysterical, I tell ya—if you've found him annoying in the past, give him another try; he seems to have polished his act and was definitely every bit as funny as Queen of Comedy Vilanch. 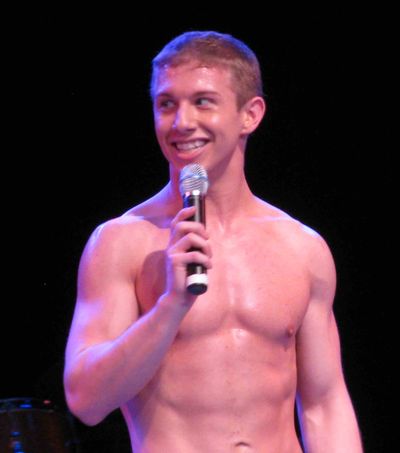 The boys competing were Matt Anctil of La Cage aux Folles (stop draggin' my heart around, Matt), Michael Cusumano of Chicago (whose leotard revealed that even if we both reached for the gun, neither would come away empty-handed), Raymond J. Lee of Anything Goes (I only wish it did), Brandon Rubendall of Spider-Man (a dark turn-on) and James Tabeek of Mary Poppins (it wouldn't take a spoonful of sugar to get anything he offered to go down). 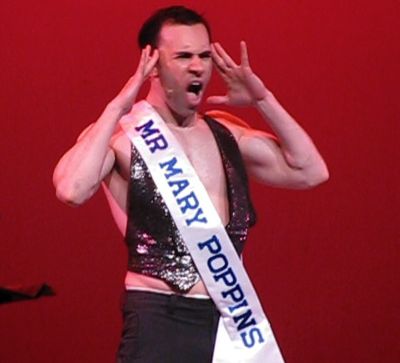 Tabeek did a funny "WTF?" face during the opening

I got a kiss on the lips at the last Broadway Bares from Tabeek (as did anyone with a buck—anything for charity!), so I went in predisposed to him. But I have to say that despite it being an impossibly close contest (Imagine if the title had been Most Fuckable? We'd all still be there trying to decide.), the right winner was selected—Mr. Chicago triumphed in the end. (And Vilanch made a special note of Cusumano's end when the show had just started. Agreed.) 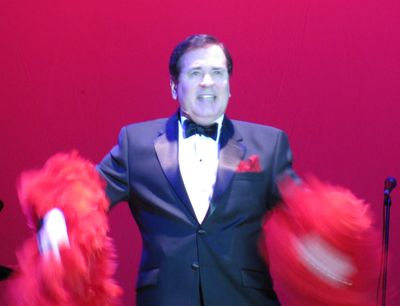 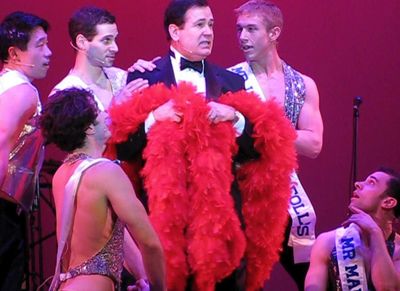 They don't call him Mr. Reams for nothin' I fell hard for Cusumano, who looked impressive even soft 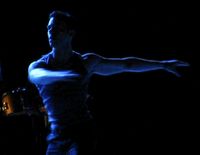 Rubendall did a balls-out (not literally), Broadwayized version of Cee Lo's "Fuck You," Lee did a YouTube-ready medley of showtunes that was beautifully sung (I hate that I only taped the "Tomorrow" segment), Tabeek did a stunning modern-dance piece that showcased his own status as a stunning piece and Anctil shook things up with a most unexpected routine set to Sammy Davis Jr.'s "Bye Bye Brownbird."