BoyCulture.com Now MUCH Easier To Navigate On Mobile! Comments (0) 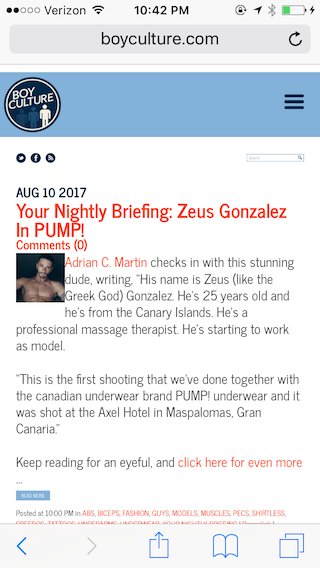 Just letting you know — changes I've made on the site should be resulting in a smoother experience for you, especially on mobile. Always feel free to let me know your thoughts! 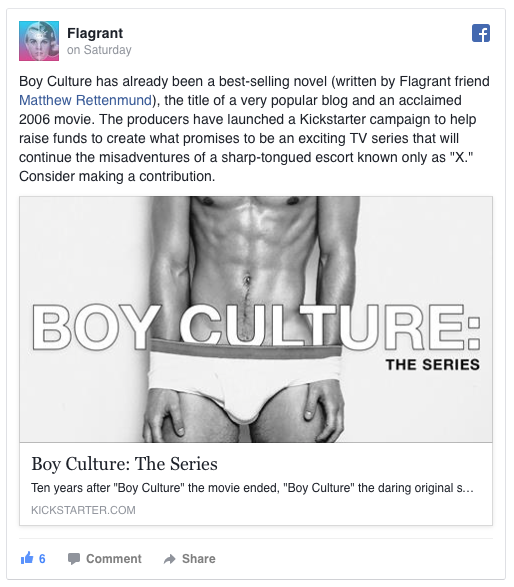 Comfy Culture: Queerty Offers 10 Queer Movies To Get You Through The Trump Years Comments (0)

Lovely that David Reddish, writing for Queerty, has included Boy Culture (2006) in his list of “10 comforting queer flicks to soothe the soul in a discomforting time.”

Many people don't realize I wrote a novel called Boy Culture that later became a movie, a movie I helped promote by launching this blog.

Q. Alan Brocka directed this adaptation of Matthew Rettenmund’s novel about a hooker with a heart of gold. Boy Culture doesn’t play like the gay version of Pretty Woman, however. In fact, it smashes the Cinderella nonsense of that film precisely by introducing a set of realistic characters, led by X. As played by Derek Magyar, X makes no apology for his questionable line of work. On the contrary, he seems to feel more shame for being part of a love triangle with his two hottie roommates, Andrew and Gregory. With a multi-racial cast and a melancholy backdrop of Seattle, Boy Culture unfolds less as a gay film about sex than a thoughtful drama about finding love in an oversexed world. For a queer audience, Boy Culture surpasses the fairytale silliness of most romantic comedies—gay or straight themed—with believable characters and some real introspection.

Time for a sequel.

Start With Why Not: TED Talk Speaker Explains The Millennials' Biggest Obstacles Comments (0)

Above is the most insightful and aggressive part of author and TED speaker and Start with Why author Simon Sinek's  (great primer on him here) September 2016 interview with Inside Quest's Tom Bilyeu. He is expressing his thoughts on what's wrong with millennials — a controversial premise — but is doing so in a way that is, if nothing else, empathetic and thoughtful, and that attempts to offer some fixes for the future. (The title on the FB embed is rather insulting; ignore that.)

I think he makes some great points, including the oft-repeated conservative talking point (which does not mean it's automatically wrong) that kids who are told they're special and can have anything they want and get participation medals are being done a disservice. I, too, worry about the implied promise in such things; I have never responded well to people saying dreams come true, even though I have understood it to mean that dreams (can, sometimes) come true.

He loses me a bit by characterizing the entire generation as having been failed by their parents. That is extreme. A new parenting strategy that he suggests is failing is not the same as having overall bad parenting.

Where he strikes paydirt is in discussing the downside of our innovations that have led to the expectation of immediacy — in other words, put down the cellphone. (How?!) It's hard for us because — as has been scientifically proven — social media and texts and such trigger dopamine bursts in our brains, meaning they're all potential addictions.

Where he loses me a bit is the idea that if social media/cellphones are same/same as drugs, alcohol and gambling, that means we have only one new addiction to deal with; all those other generations before had three, and new generations have four. Is that one extra addiction powerful enough that it should be blamed for leading to the tipping point? Or is he suggesting this addiction is far worse than all that have come before? I guess he doesn't lose me there so much as I think it's glossed over.

I'd also like to ask him if he thinks the advent of social media/cellphones is not actually affecting people born well before 1984. As someone born in the '60s, I think I have actually lost some of my better attributes due to that addiction, even though I was raised with them (I, too, hate seeing that a video will run 14 minutes when I click on it, I now despise writing in longhand and my blog/cellphone/social media preoccupations certainly have affected relationships and productivity. I have a great novel that's been cooking in my so long Herman Melville could have written it out on onion paper in the time I've spent thinking on it and escaping it via Internet self-medication.

I do think it's insanity to suggest leaving your house without your cellphone, even if you're going to dinner with friends. That's why we have cellphones, to have portable contactability. What if there is an emergency? I think we can leave them in our pockets and check before and after a fully engaged meal.

All that said, it's food for thought, and it doesn't come from a place of saying that millennials are assholes and we're better than them and fuck them.

Watch the full hour after the jump. If that feels like a loooooot of tiiiiiiime, you may have a problem ...

Obama's last 2016 presser: Press to blame for taking Putin's leak bait, but yeah, it was Putin. I prefer Mamie's take:

Newsweek's Kurt Eichenwald has Trump's number, so people are tweeting him strobe images to trigger his epilepsy. 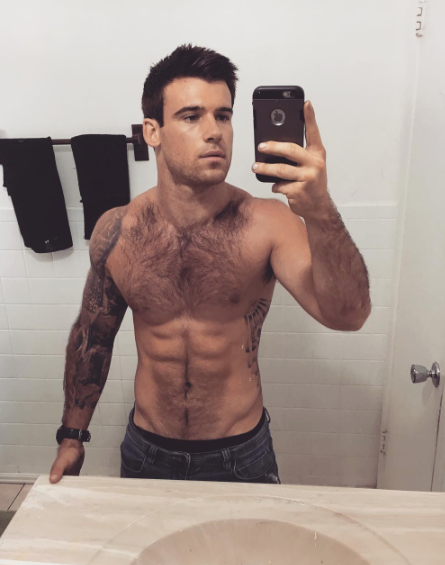 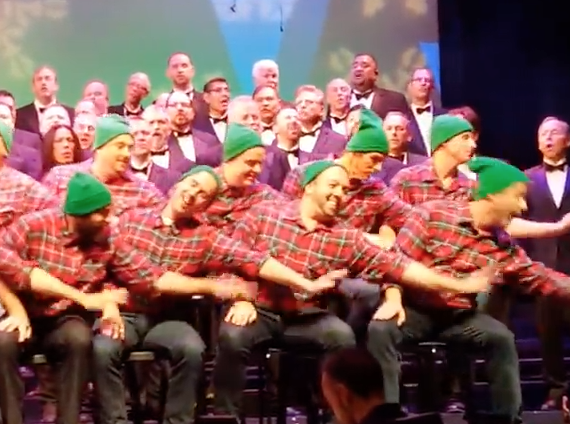 Thank God for the (Really) Gay Men's Chorus of San Diego. Watch how they were born to hand-jive AFTER THE JUMP ...

Wicked has a new look, but why not start with a post showing a dude in tightie whities assuming the position?