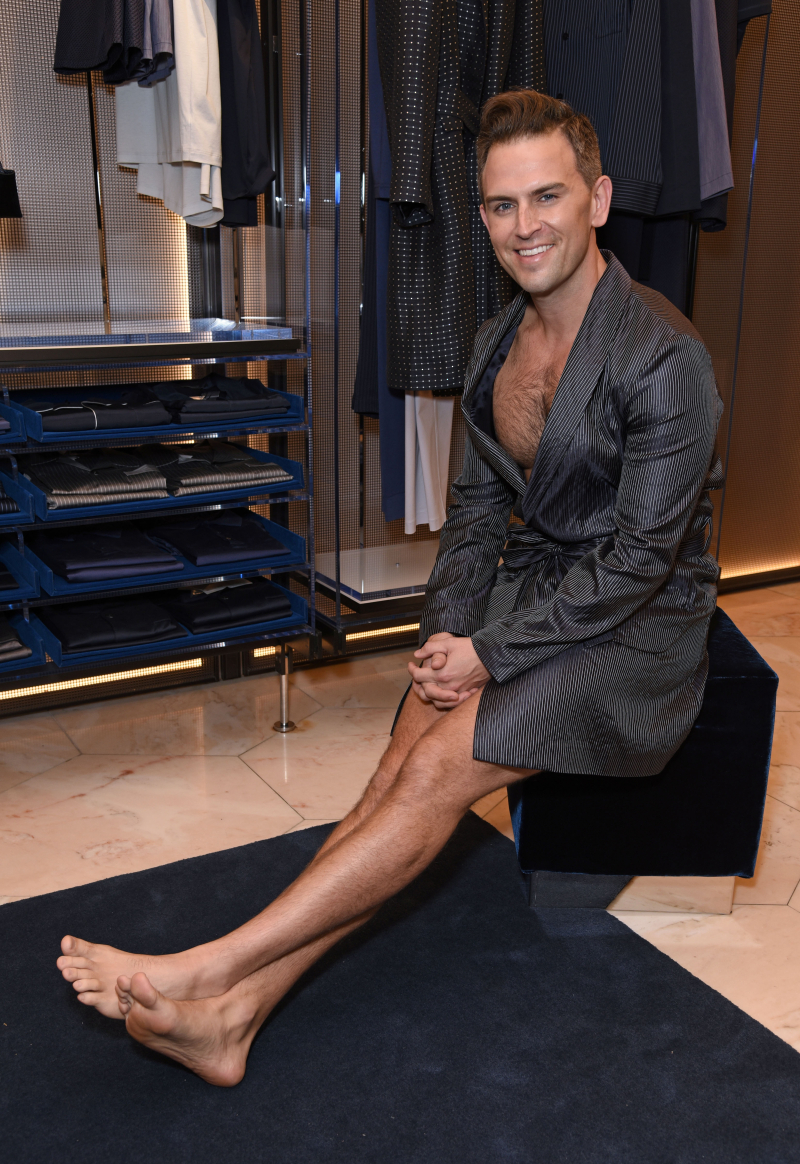 Keep reading to find out more about who he is ...

OMG Blog: Charice, the Oprah-powered singer from the Philippines who also starred on Glee, now IDs as a male: Read his first tweets as Jake Zyrus! 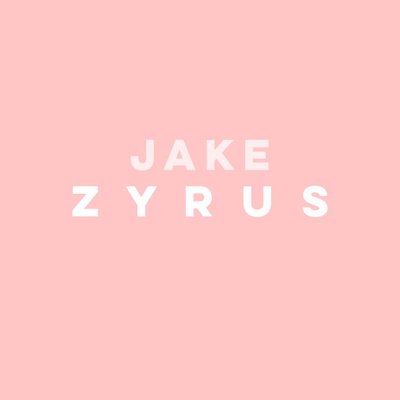 DailyKos: In a disappointing but not shocking defeat, Democrat Jon Ossoff lost to Republican Karen Handel in Georgia's special election, 52.1-47.9.

ExtraTV: Daniel Day-Lewis — who starred in the gay classic My Beautiful Laundrette (1986) and won three Oscars — is retiring!

Kenneth in the (212): Former NFL player Ryan O'Callaghan has come out as gay. His other option had been ... suicide. 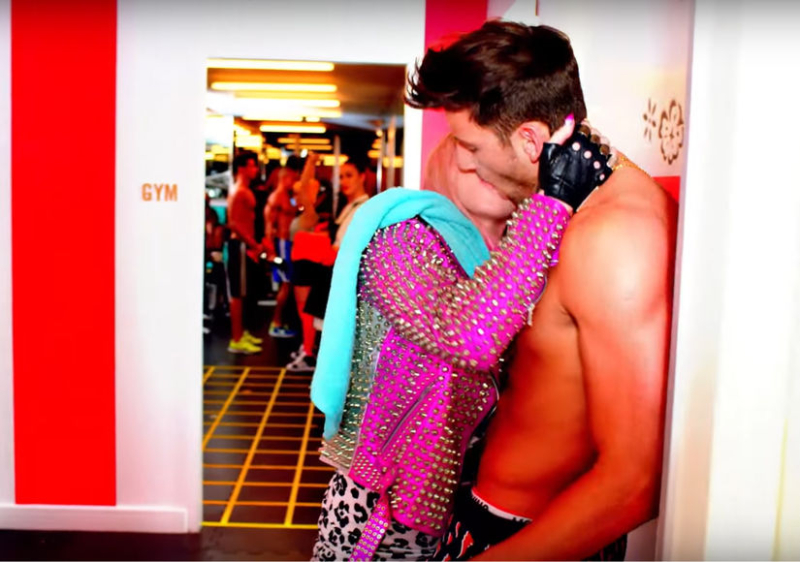 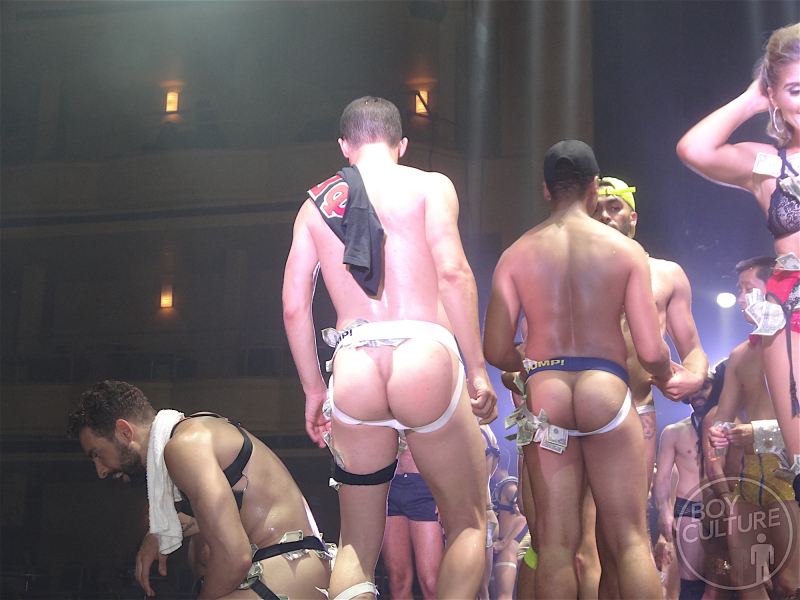 The event raised $1.5 million for charity. (Image by Matthew Rettenmund) 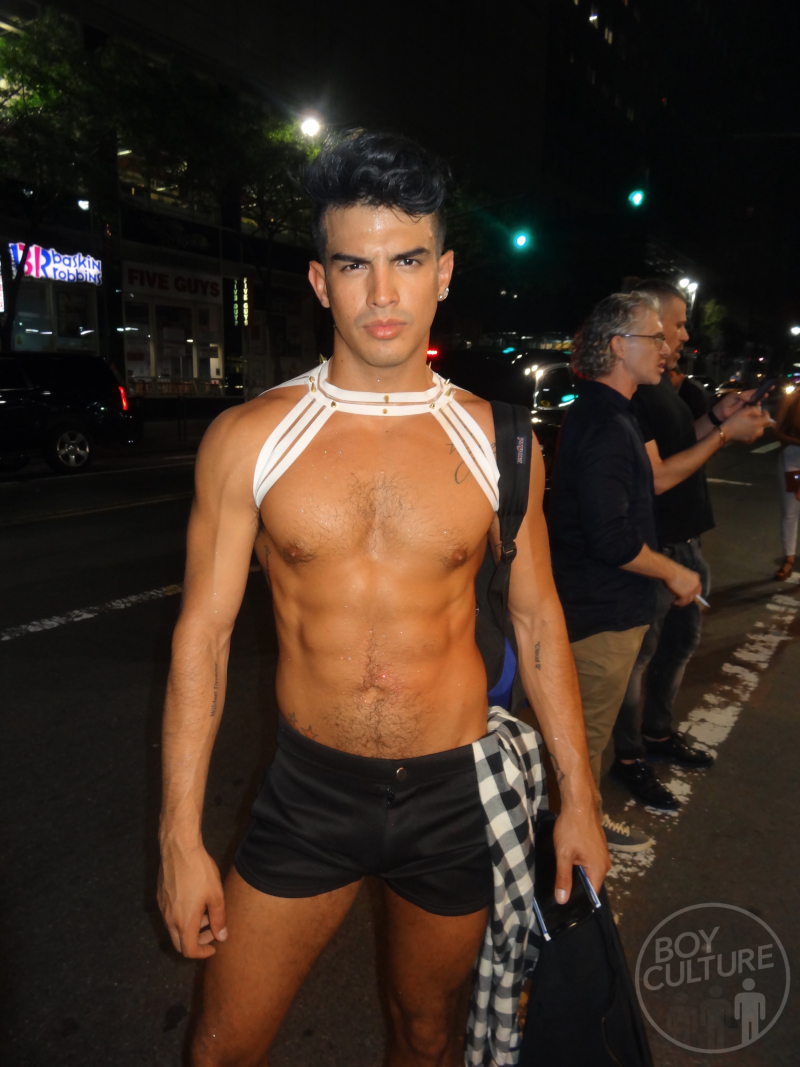 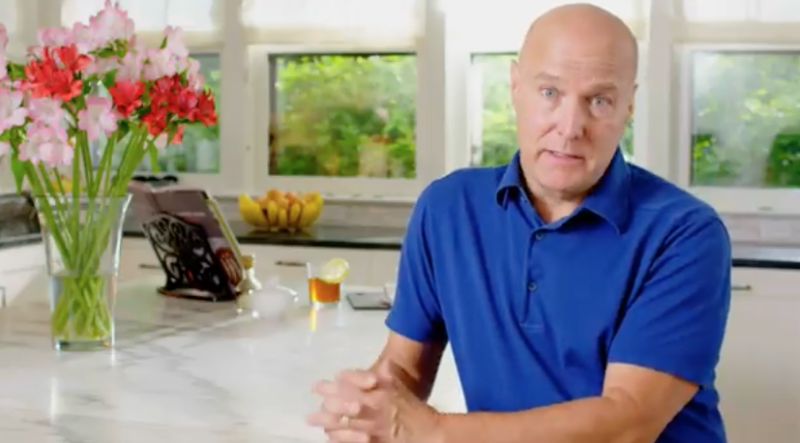 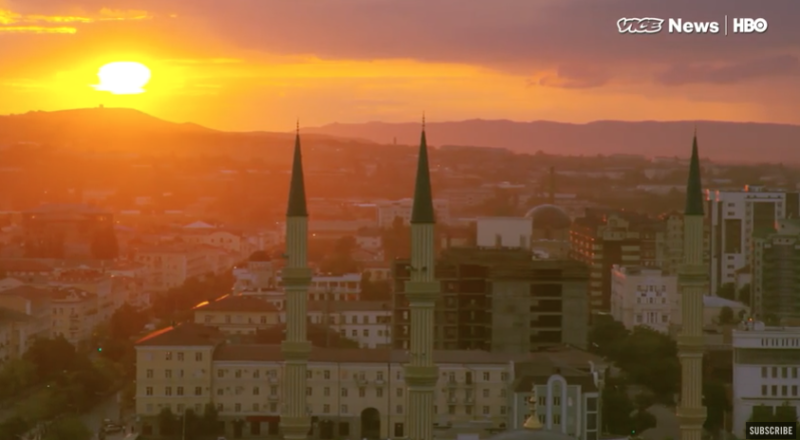 He's My Friend, But I Would Rip It To Shreds, In A Friendly Way: Steve Grand Strips Comments (0) 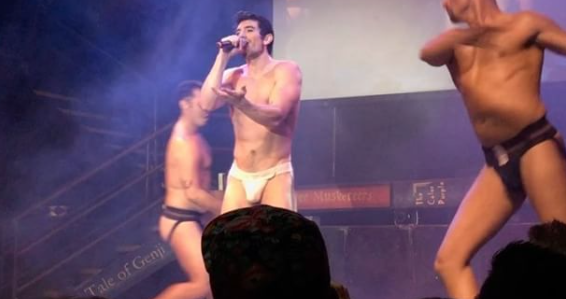 Steve Grand made his Broadway Bares debut in San Francisco as part of this year's show, ManuSTRIPT.

Check out his big finale, in which — in keeping with how these shows are always choreographed — he bares his A-plus ass ... 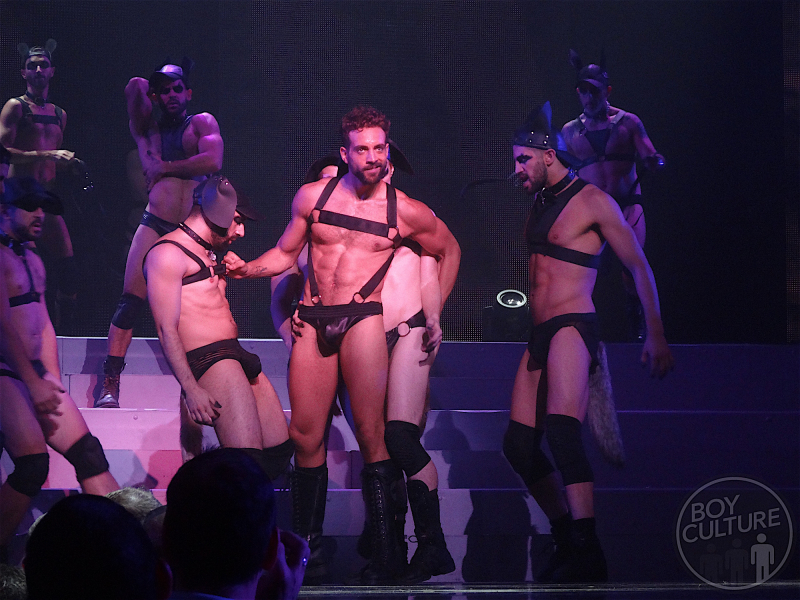 Gone to the dogs! (All live images in this post by Matthew Rettenmund)

As always, enjoy my report on Broadway Bares, and feel free to chime in with names for anyone I failed to ID. All my Facebook pics are here. Thanks!

Broadway Bares, the annual, one-night-only, two-shows-only burlesque event that raises cash for Broadway Cares/Equity Fights AIDS, was back for a 27th installment on June 18, accepting thousands of new students in a revue entitled Strip U. It raised a total of $1,568,114 for the cause.

No SAT, no shade: Strip U was the kind of baby-got-back-to-school experience that promised to keep 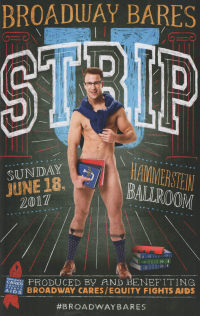 you up many sleepless nights in the future — and not with nightmares about forgetting your locker com or being late to class.

Overall, this show — directed by Nick Kenkel — was the apple of my eye among recent installments of Bares, an impressive return to form that passed with flying colors while demonstrating its mastery of diversity (race, age, body size, gender) and of the core skills that make these shows so much fun in the first place (dancing, humor, exhibitionism).

The only area in which this Bares could be called lacking when graded on a curve against the best ones of all time was star power, a commodity that has been on the wane for years. But who needs big-name stars when the show has so many homegrown stars, (anatomically) gifted hoofers more than capable of owning the stage? (Okay, it would've been fun to see Bette Midler's girls. But we've seen them before.)

We arrived at the Hammerstein Ballroom two hours early for the midnight show, putting us right near the front of the amorphous line of young gay guys in aggressively cute shorts pretending they didn't even try with their outfits and enough drooling daddies that the show's traditional placement on Father's Day was, as always, humorously literal. 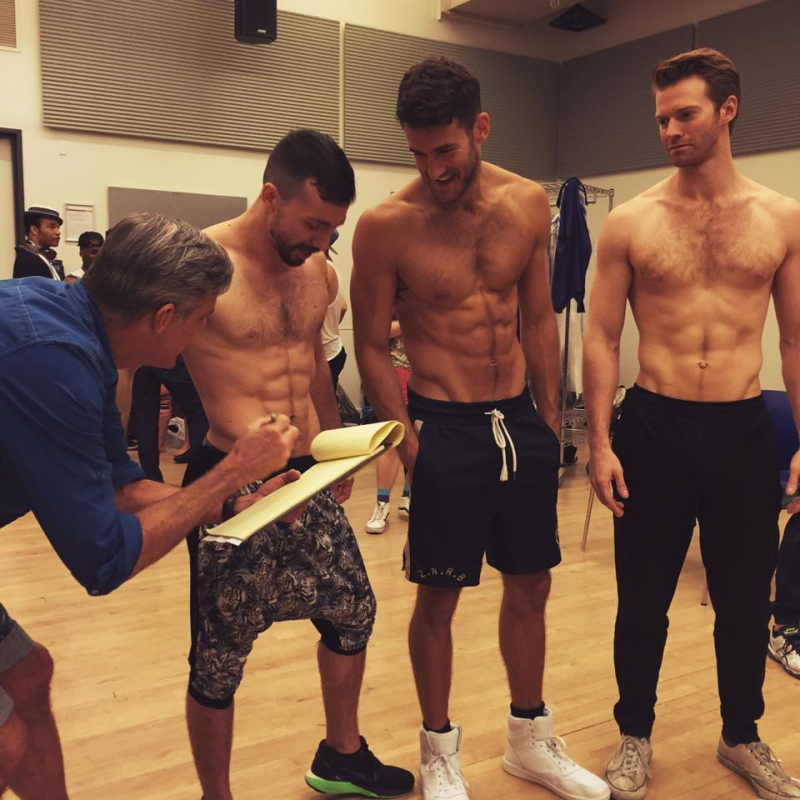 I've eaten more today than these three have in three weeks. (Image via Facebook @ Mark MacKillop)

Sunday is Broadway Bares, and Mark MacKillop is ALMOST at the $10,000 mark. Can you help? 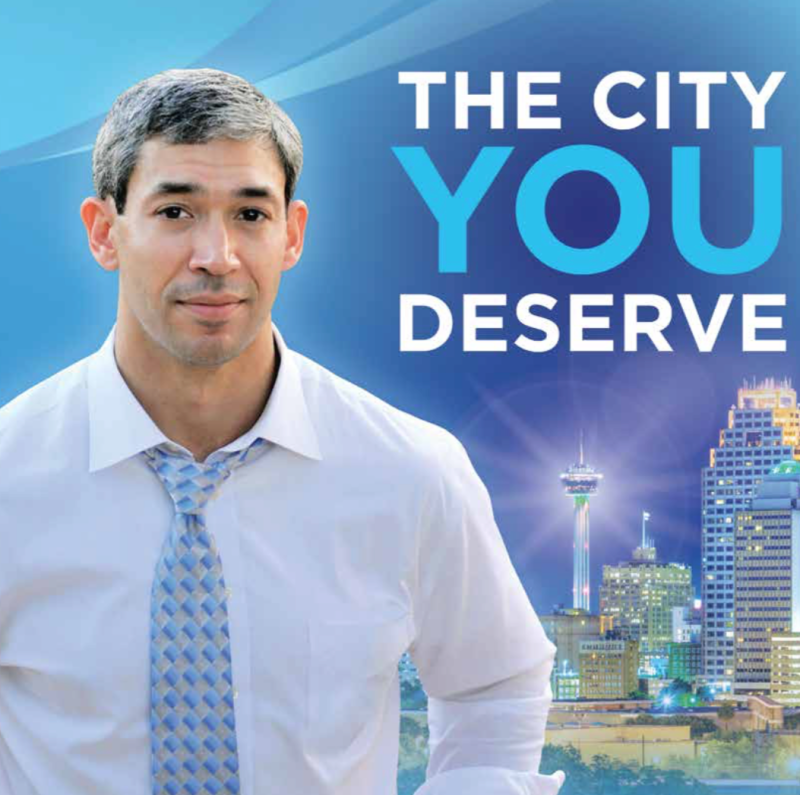 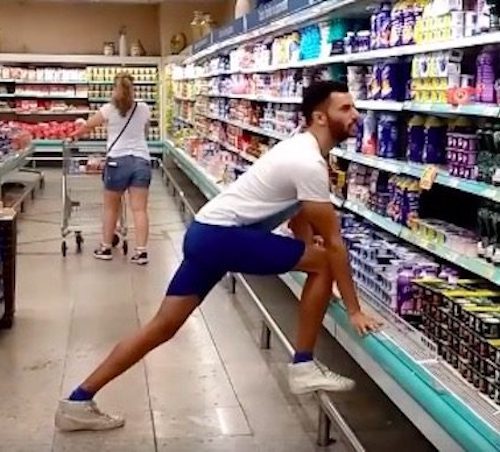 BosGuy: Young'uns, here is “Why Coming Out Still Matters” (and not just “to Him”!) 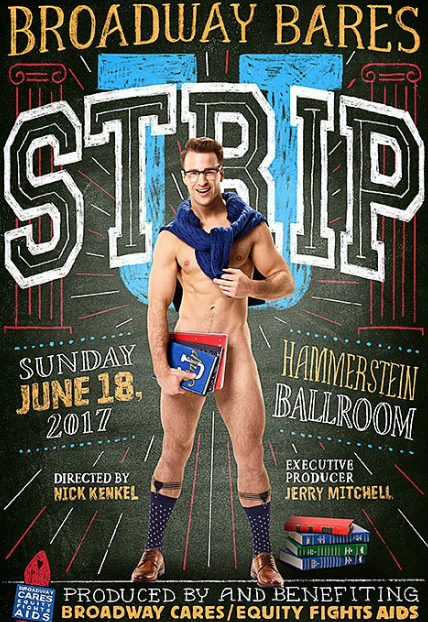 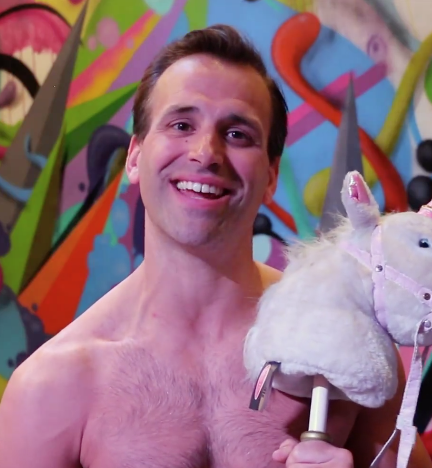 Mark Fisher Fitness is ramping up its fundraising efforts on behalf of Broadway Cares Equity Fights AIDS ahead of this year's Broadway Bares: Strip U revue.

Keep reading to listen to a pitch from a naked Brian Patrick Murphy (my favorite trainer of all time), and you'll find your hand on your wallet (or somewhere) halfway through ...