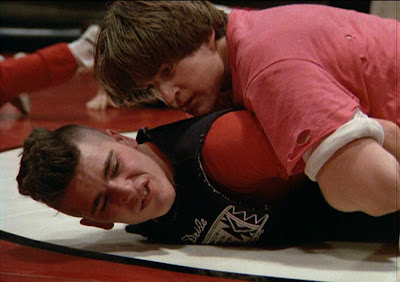 Schoeffling with the pin crowd (Image via Warner Bros.)

Mantique of the Day over at Gr8erDays on IG (follows appreciated) is Michael Schoeffling, certainly one of the silver screen's most dauntingly handsome men. As the perfect Jake Ryan in the how-did-we-not-see-it-then imperfect Sixteen Candles, he truly shone — and is one of the only salvageable aspects of the film, along with iconic Molly Ringwald.

Hard to believe he's 61 today — wherever he is. Schoeffling vamoosed from Hollywood 30 years ago to make a family and furniture, and he has yet to look back.

ABOVE: This quote does not help me.

BELOW: This Domino's worker delivers, gay dads Zoom to adopt, RIP Eddie Haskell (whose performances were always so lovely) and more ... 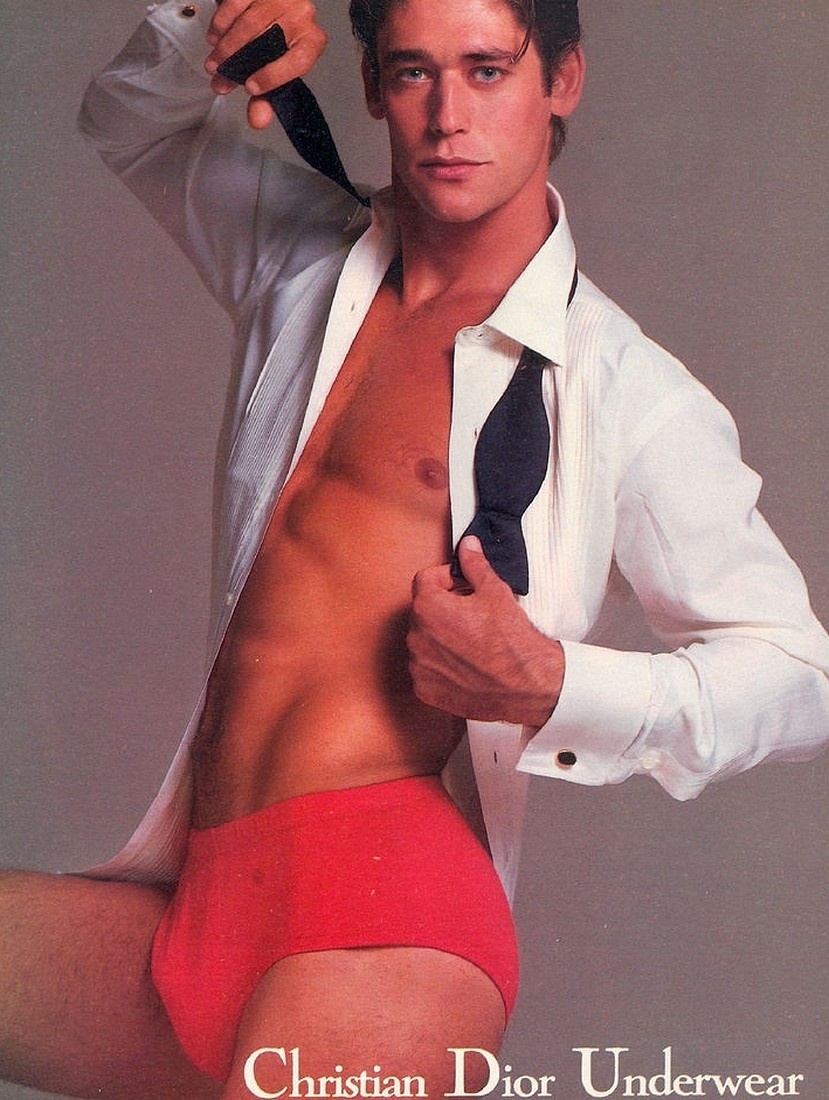 One of my favorite '80s male models, stunner Todd Irvin, has died.

Posted at 3:20 PM in BRUCE WEBER, FOR YOUR THIGHS ONLY, GUYS, MODELS, MUSCLES, PHOTOGRAPHY | Permalink | Comments (0)

Nice work, if you can get it. (Image via Ken Haak/Simon & Schuster)

Where were you when Working Out by Charles Hix with photography by Ken Haak was published? 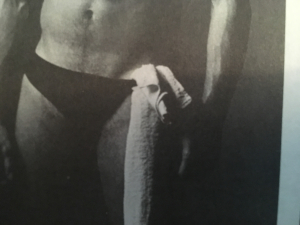 were kids or teens in 1983, that and similar — you should pardon the expression — trade books, like its precursor Looking Good (1977) and the more openly libidinous Boy Crazy by Karen Hardy (1984), were beacons of beefcake prior to the influx of mainstream male appreciation.

The book was ostensibly a guide for men looking to have supermodel bodies, subtitled The Total Shape-Up Guide for Men, but Haak's sensual black-and-white photography owed more to the closety physique mags of the '40s, '50s and '60s than to fitness. I believe it was late MuscleMag publisher Robert Kennedy who once identified how some fitness magazines seemed gay because of a subtle perception that the models were “seducible” — by men; this is what Haak's photography, like Bruce Weber's before him, exuded.

(Image by Taylor Miller for Desnudo)

Tucker Des Lauriers has it all. And it's often on display ...

Above: He was one of my #2017bestnine, unsurprisingly!

Below: Keep reading for a false alarm in Hawaii, Call Me by Your Name's loss of steam, some probably-not-so-false alarms about sexual abuse, and a fun look back at La Lana ...