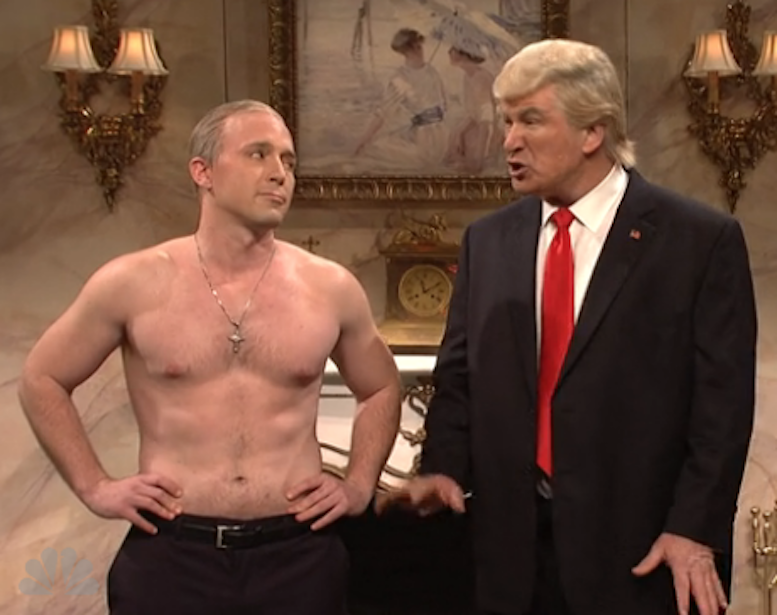 Beck Bennett — SNL's current beefcake — showed up as shirtless Putin on the show last night to gloat over the mincemeat he's made of the U.S. electoral process, and to gift his Manchurian candidate (played by Alec Baldwin) with an Elf on the Shelf equipped with eavesdropping abilities.

Great skit, if you can overlook Cecily Strong as Melania, whose accent is Scottish or something:

More nuanced and just as funny was the later video of Kate McKinnon as Hillary Clinton pluckily asking an elector (beautifully acted by Strong) not to vote for Trump on Monday, AFTER THE JUMP ...