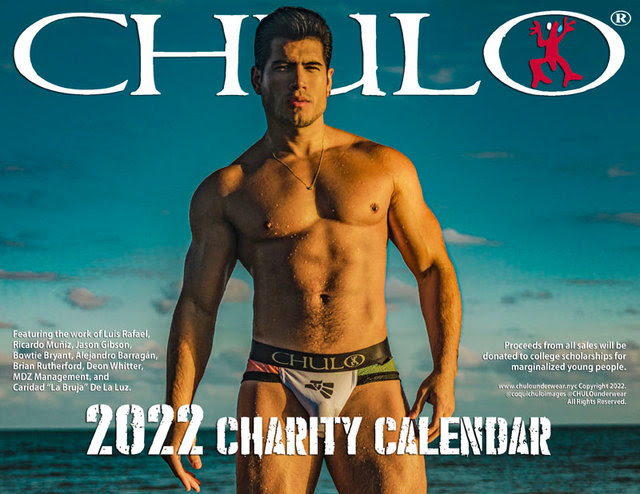 The new CHULO calendar for 2022 is ready!

Featuring the work of Luis Rafael, Brian Rutherford, Bowtie Bryant, Coquichulo Images, Jason Gibson, MDZ Management and Caridad “La Bruja” De La Luz. The models are a variety of ages (21-50) and come from all around the world — Jamaica, Mexico, Venezuela, the U.S. and more. 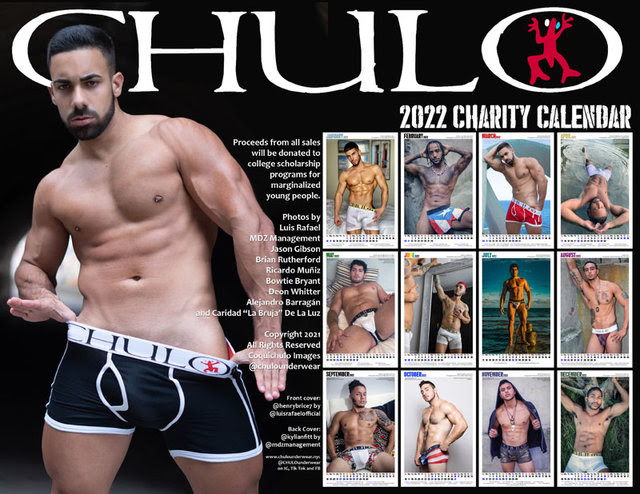 Posted at 10:24 AM in CALENDARS, CHARITY, FOR YOUR THIGHS ONLY, GUYS, MODELS, MUSCLES, SHIRTLESS, SPEEDOS, SWIMSUITS | Permalink | Comments (0)

ABOVE: Priscilla Presley's hot piece had a big mouth. Hope he also had a big ... heart.

BELOW: Keep reading for the end of Gay Times (in print), TS Madison's journey up the ladder of success, the Mayor Pete doc and more ...

ABOVE: A crazy number of stars were born on this day. Follows appreciated here.

BELOW: Keep reading for a shirtless Simu, a gay gubernatorial wedding and more ...

The ugliness over at the Human Rights Campaign over its president Alphonso David's alleged involvement in consulting with Andrew Cuomo regarding his sexual-harassment and sexual-assault scandal has gotten, well, uglier.

Over the weekend, David declared his involvement was deemed to have been nonexistent by an HRC investigation, that the report would not be released and that he would not resign in spite of being asked to do so by two Board members. 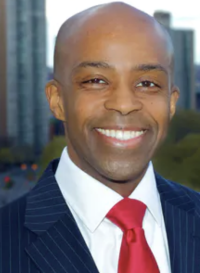 Late Monday, the Board fired David, issuing the following statement:

Yesterday and today, Mr. David released a statement that included significant untruths about the investigation and his status with the organization.

At HRC, we are fighting to bring full equality and liberation to LGBTQ+ people everywhere. That includes fighting on behalf of all victims of sexual harassment and assault. As outlined in the New York Attorney General report, Mr. David engaged in a number of activities in December 2020, while HRC President, to assist Governor Cuomo’s team in responding to allegations by Ms. Boylan of sexual harassment. This conduct in assisting Governor Cuomo’s team, while president of HRC, was in violation of HRC’s Conflict of Interest policy and the mission of HRC. 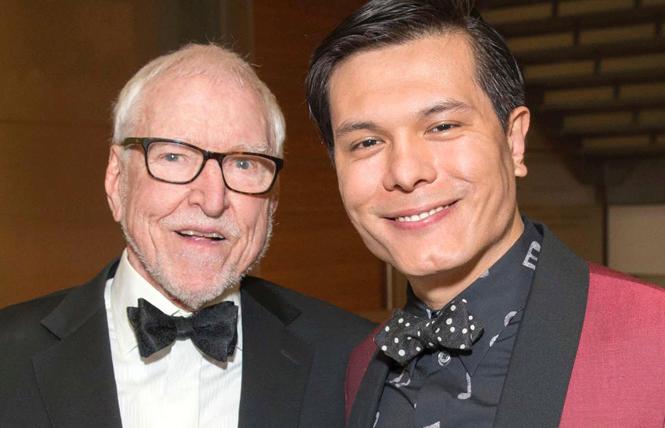 Hormel with his husband in 2019 (Image via Community Music Center)

James Hormel, the former Ambassador to Luxembourg whose status as an out gay man made waves when he was nominated to the position by President Clinton, died today at age 88.