Susan Rice, Obama's national security advisor from 2013-2017 and U.S. Ambassador to the U.N. has seemingly thrown her hat into the ring to challenge Susan Collins in 2020. Collins is the Republican senator who the left had hoped would be a NO on Kavanaugh, but who instead waited until the last possible moment and gave a fiery speech supporting him wholeheartedly.

I don't care who it is, but Collins has to go. However, I would guess Collins's outrageous vote for Kavanaugh is her way of thanking her party before announcing she's done with the Senate before the next cycle goes into full swing. Just my hunch.

UPDATE: She was just playin'.

Many thanks for the encourgement. I’m not making any announcements. Like so many Americans, I am deeply disappointed in Senator Collins’ vote for Kavanaugh. Maine and America deserve better. https://t.co/6oGFTFuO1Q 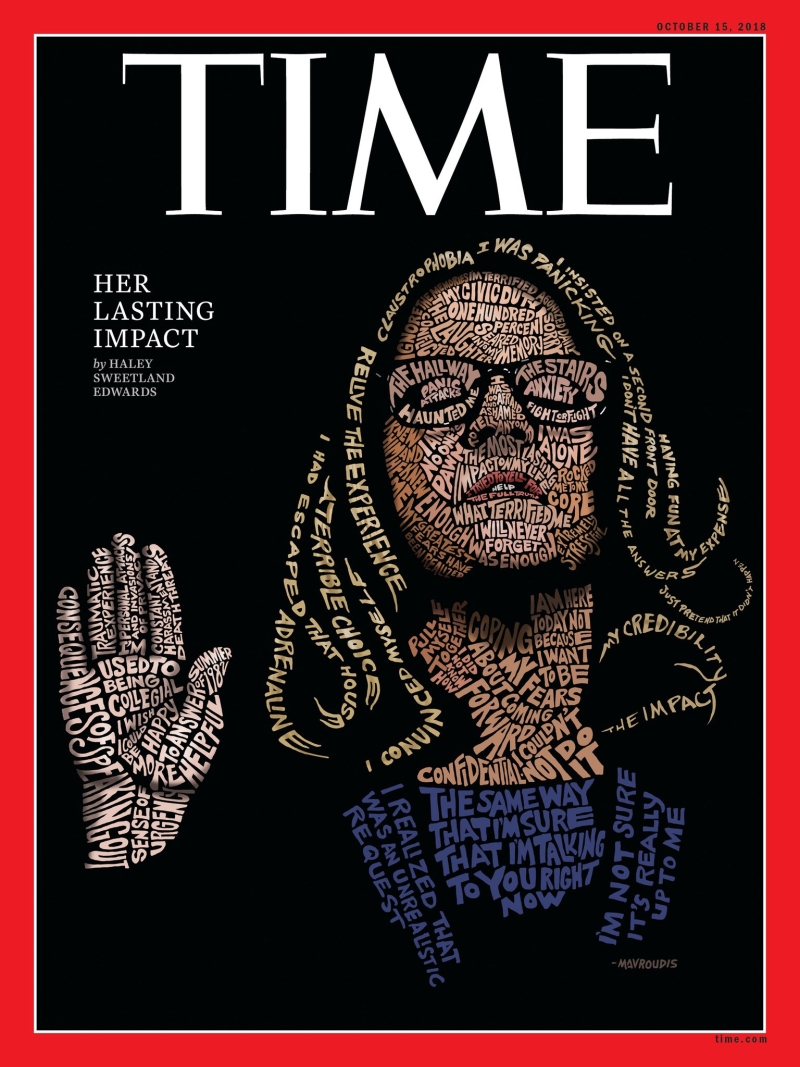 Time Magazine has immortalized Dr. Christine Blasey Ford on its new cover, coinciding with an article on how her testimony changed the country.

Meanwhile, it appears the FBI report has been completed and sent to the Senate. Fewer than 10 people were interviewed, and only senators can read the report, apparently for one hour only — no copies provided.